Even though Sen. Bernie Sanders has embraced his role of outreach chair for the Democratic Party since the 2016 election, many of his supporters have joined a movement to draft him to lead a new political party. Led by Sanders’ former national political outreach coordinator, Nick Brana, who experienced how entrenched the Democratic Party is in corporate money and influence while lobbying superdelegates as part of Sanders’ campaign, developed an organization called Draft Bernie in February 2017. Since the organization’s founding, Brana has organized volunteers and staff across the country to gather signatures for a petition to give to Bernie Sanders that insists he starts a new party.

In April 2017, Dr. Cornel West formally endorsed and joined the Draft Bernie movement. “I was blessed to spend some time on the inside of the Democratic Party looking at the ways in which we could come up with some vision. And I was convinced that the Democratic Party was milquetoast, moribund. It lacks imagination, gusto, doesn’t have enough courage. It’s too tied to big money. The duopoly stands in the way of democracy,” Dr. West said in an interview with Democracy Now on why he supports the movement.

At the People’s Summit in June 2017, National Nurses United Director Roseann Demoro told the Draft Bernie volunteers before Sanders took the stage, “I want to thank all the Draft Bernie people. I’m with you. Nurses ,are we with them? Are you all with us? As I say, heroes aren’t made—they’re cornered.”

On the weekend of September 8, the Draft Bernie organization is hosting a People’s Convergence Conference in Washington D.C. where they plan to deliver their petition of 50,000 signatures to Sanders’ Senate Office asking him to participate in a town hall focusing on why he should start a new political party.

Draft Bernie Founder Nick Brana told the Observer, “We’ll have the signatures printed and in open top boxes. I’ve sent the senator a personal message encouraging him to be there to receive the signatures. The signatures represent tens of thousands of invitations to Bernie to attend the town hall the next day with Dr. Cornel West, Kshama Sawant, Jimmy Dore and me.” Brana continued, “The signatories are people of all colors, genders and ages who donated countless hours and gave funds they often could not spare to Bernie’s presidential campaign. Now they are united once more in their conviction that we need a people’s party free from corporate and billionaire money. In exchange for all of their sacrifice, all they ask of Bernie is that he give them 90 minutes of his time for a conversation about our shared future as a movement and a country. Bernie doesn’t have to make any commitments. He just has to come sit down with his hardworking supporters who would like to speak to him.”

Though Draft Bernie has gained significant support, there are still many Sanders supporters reluctant to support it because they doubt the feasibility of starting a new party. There is an internal debate among progressives about how they should take advantage of Republicans’ and Democrats’ glaring unpopularity, which is mostly due to the parties’ tight ties with donors causing a schism with their voters.

Brana added, “A large majority of Americans support progressive policies like Medicare for all, free public college, and getting money out of politics. But neither major party represents the people on these issues. That’s why, over the past decade, tens of millions of Americans have left both establishment parties and become independents. Now there is an ocean of independents far larger than either major party. The question is where can we unite the Democratic base with the enormous number of independents to form a winning electoral coalition? Bernie has spent the last year trying to unite them inside the Democratic Party with little success. First Trump beat Hillary, and now Democratic Party affiliation has declined since the general election. The American people are leading the way to an independent alternative. Rather than struggling against the progressive current, we should swim with it and create the major new party that the majority of Americans are calling for. The place to unite Democrats and independents is in a new people’s party.” 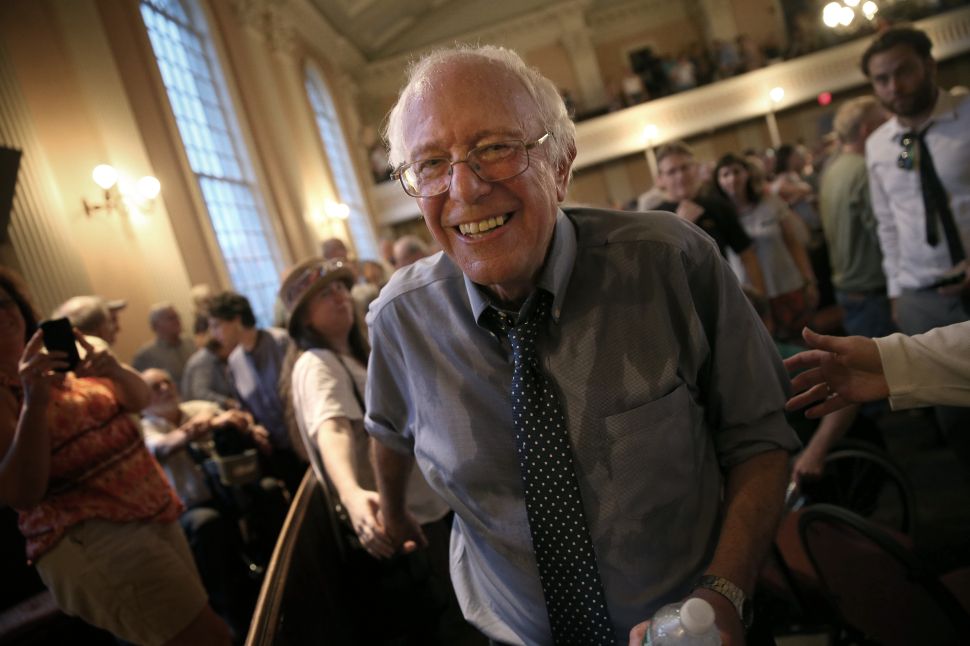