Christopher Nolan’s Dunkirk has been widely praised by fans and critics alike as it continues to outperform expectations at the box office and generate awards buzz (can you believe Nolan has never been nominated for Best Director?). However, one aspect of the film that caught many off-guard is its lack of dialogue. By all accounts, it’s a near silent film. As it turns out, that had been the goal from the get-go.

A conversation between Nolan and his brother Jonathan (Westworld) published alongside the Dunkirk screenplay reveals that the filmmaker originally wanted to shoot the movie without a script entirely. During the interview, the Dark Knight director says he became so connected to the details of the real-life story during his research that he believed he could make the film work without the use of a screenplay.

“I got to a point where I understood the scope and movement and the history of what I wanted the film to address, because it’s very simple geography,” Nolan says via THR. He then brought the idea to production designer Nathan Crowley and wife/producing partner Emma Thomas.

“I said, ‘I don’t want a script. Because I just want to show it,’ it’s almost like I want to just stage it. And film it,” he says.

Throughout Nolan’s career, he has been known as a plot-heavy storyteller who relies on non-linear narratives and uniquely creative exposition and dialogue (see: Interstellar, Inception, The Prestige, etc.). It’s one of the reasons he is such a popular director; he marries complex themes and blockbuster entertainment. So to deviate from that winning strategy seemed counterproductive, but it was very much a goal of Nolan’s.

“I felt like I’d kind of mastered that form,” Nolan says about dialogue-heavy stories. But his wife was not as convinced with the script-free approach.

“Emma looked at me like I was a bit crazy and was like, okay, that’s not really gonna work.”

Nolan admitted he wrote the script (a taut 76 pages) “very, very quickly” after deciding to structure the film around three separate vantage points. However, he did admit that this style won’t last forever.

“I will be coming back to dialogue,” he says.

Dunkirk has made $265.7 million worldwide to date, according to Box Office Mojo. 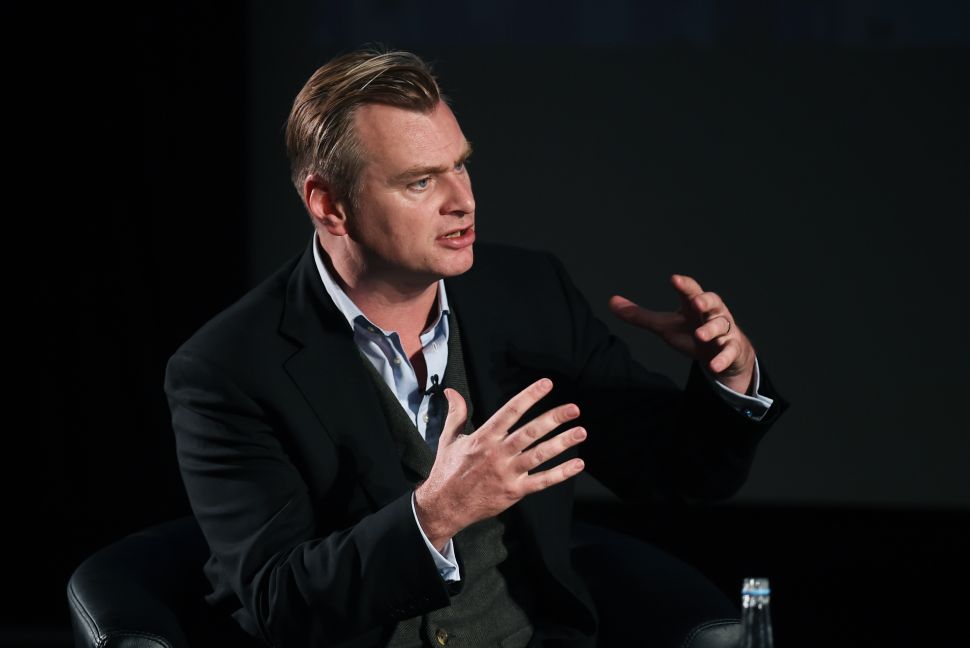