Between San Diego’s Comic-Con and the 2017 TV Critics Association kicking off in the same week, I’ve seen nearly every screener and trailer for all the series coming to the small screen this fall. And if I had to pick one new show for which everyone should set their DVR, it’s the National Geographic Channel’s The Long Road Home, which premieres on November 7.

After earning a slew of Emmy nominations for their limited series, Genius, it’s clear that Nat Geo has found their niche in the scripted world by telling true stories with award-winning creatives at the helm, and they continue to stay on brand with their newest show. Based on Martha Raddatz’s New York Times best-selling book, this eight episode mini-series tells the true story of what is known as “Black Sunday,” when a platoon from the 1st Cavalry Division of Fort Hood was ambushed in Sadr City, Iraq, in April of 2004.

To be completely transparent, I’ve never been a huge fan of war dramas. When I flew down to Fort Hood, Texas, for a set visit I wasn’t sure I’d be able to get excited about this series. But as a huge fan of Genius, and Mars I went in with an open mind. A few minutes after walking onto the theme-park sized set, it quickly became clear that this show was going to be something special. And after watching the first episode, I know this will be the kind of series that sticks with you long after the credits roll.

The most emotionally brutal battle featured in The Long Road Home is in fact, not overseas. It’s stateside, being waged by the soldiers’ wives and children. Executive produced by Mike Medavoy, the series puts a spotlight on the families trying to live their lives while having minimal communication with their loved ones in Iraq, and dealing with the constant fear that they will soon hear that dreaded knock on the door.

But that’s not to say the war scenes aren’t also affecting. In these nail-biting action scenes director, Mikko Alanne (also the showrunner and series writer) has romanticized nothing. They’re impressively shot and chilling to watch. Everything you see on screen happened in real life. On set throughout filming were the real-life soldiers who fought in this war, advising the actors and crew on how it really happened.

“I’ve been [on set] for about four-and-a-half months,” said Sgt. Eric Bourquin, who bonded closely during this time with the actor playing him, Jon Beavers. “It’s been surreal, weird and amazing. I’ve got a great support system behind me,” he said. “Nobody forces me to do anything. If I need to take a break, I can. The first day I met everybody, I was bawling me eyes out. Just looking at all the soldiers, and man, it put me right back there. The only thing missing is the smell.”

Pointing out towards the crew, Bourquin continued. “These guys are out here sun up to sundown to make sure our stories are told appropriately. I can’t say how much I appreciate that. And [Martha Raddatz] has been such an amazing advocate. If it wasn’t for her, the exposure to the story would’ve never happened.”

And the experience has offered the men the opportunity to spend some time together. “Like see this fuckin’ guy right here?” Bourquin asked, pushing Lt. Clay Spicer to the forefront. “We’re surrounded by guys that did more awesome, more heroic things than I did. Spicer, he came to get us off the roof. He didn’t even know us. He got shot and didn’t get medical service for… Hey, Lt. Spicer.  How many days was it?”

“Hey, don’t minimize your awesomeness,” Bourquin said, before turning back to me and whispering, “he took a bullet in his leg, but was too busy fighting to keep us alive to stop and take care of himself.”

In addition to Bourquin and Spicer, I was privileged to speak with Sgt. Ben Hayhurst, who is portrayed by actor Patrick Schwarzenegger in the series, Carl Wild, played by actor Thomas McDonell, Matt Fisk, Aaron Fowler, and more. All of them bravely opened about their varying emotions on how “weird” or “surreal” it was to be on such a realistic set, surrounded by actors who could pass as their brothers.

After nine years of trying to get Raddatz’s book greenlit for screen, Alanne is thrilled that Nat Geo took the reigns. “It’s been amazing to work with such supportive, creative people,” he said.  And the accolades toward Alanne are reciprocated, especially from Raddatz, who was also on set during my visit.

“Mikko not only wrote a beautiful screenplay, he expanded on the information. He got to know some of these guys better than I did. I mean, I had nine months. He had nine years!” the Chief Global Affairs correspondent for ABC’s World News Tonight joked. “But Mikko’s heart was in this from the beginning and he cared about everybody’s feelings. Not just me, and not just the book, but my guys and my families were in good hands. Even the little things, like when Bellamy noticed the actor portraying him was wearing a uniform with the title of Specialist, not Sergeant. I mentioned this to Mikko, and he immediately changed it.”

In order to be able to use the real names of the 67 soldiers portrayed in the series, Alanne personally called up each one of them, or received a signature of consent from his or her living family members. He gave his word that he’d tell their stories with extreme care, and accuracy. Even in the little details. “You’re not going to hear ‘over and out’ on the radios,” Alanne said.

Before filming began, all the actors went through boot camp, learned how to hold their guns correctly, how to shoot, and were trained (as much as possible) how to react under fire. Everything from the measurements of the road where ambush happened, the house the platoon took shelter in, even the posters on the walls at home, matched reality. If the original pieces weren’t able to be flown in, they were replicated exactly.

Alanne, knowing that the families and soldiers who trusted him with their stories would see this series, made sure not one person would watch it and feel something had been misrepresented.

The Long Road Home very closely matches Raddatz’s book, which Alanne referred to as the show’s bible. The soldiers and families on screen come across as genuine people. This isn’t a story about highly trained Navy Seals, a covert Black-Ops team, or whatever TV dramas have accustomed people to envision when the term “American hero” is tossed about in relation to a show.

“It’s about volunteer soldiers, most of whom had never seen a day of war in their lives.” Raddatz said. “You can train and train, but they had not been in combat. It’s like us going over. Like going from a minivan to a Humvee. These are human beings just like us, who all of a sudden were facing bullets and death. It’s just like that, in an instant. You become a warrior.” 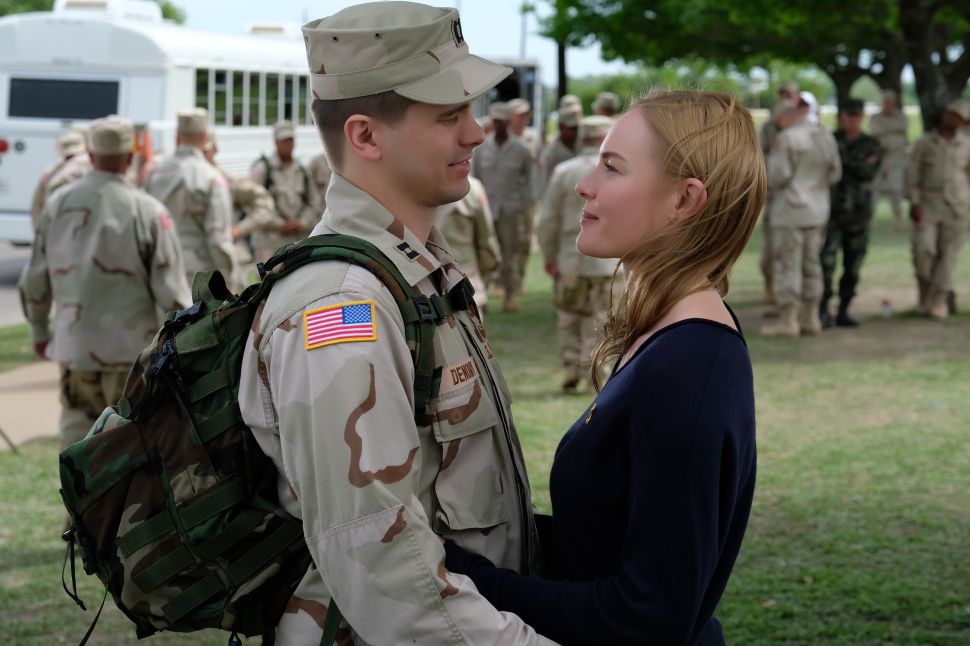