As the dust begins to settle on yet another terror attack in Europe, it is time to face the facts: Europe is in a terror war with no end in sight. The latest attack followed a depressingly similar pattern with a truck being driven into civilians by Islamic terrorists.

One eye witness told the media that Spanish armed police were on the scene “within 30 seconds,” suggesting the authorities knew the city was a target. Sadly, it would be more surprising if they hadn’t realized the threat the city faced.

The target was, once again, a busy shopping area of a major city. This time the attack was in Barcelona, but Paris and London have also been targeted, in addition to every Western EU capital.

I say “every Western EU capital” because this might be a European war, but it is not being fought across the entirety of the continent. There have been no major Islamic terror attacks in Prague, Warsaw, Budapest or any of the former communist countries in the EU.

These countries are all Western facing, democracy supporting, terror opposing, predominantly Christian countries and most are NATO members to boot.

So why are terrorists ignoring them?

The reason is simple: they have not been allowed to mass immigrate into these countries.

In countries like Britain, the link between immigration and terrorism is clear. A report by the Henry Jackson Society shows that 38 percent of convicted Islamic terrorists in Britain were not born in the country.

But if having low immigration has sheltered Eastern Europe from the troubles of the West, things are set to change. The EU is determined to spread the number of migrants from the Islamic world across member countries. At present, most Eastern European countries are less than one percent Muslim, and the Muslim communities in those countries are hundreds of years old.

Poland is fighting a proposal to bring 6,200 people to the country.

The EU claims these migrants are not dangerous, but the Polish are not even close to accepting that argument. Prime Minister Beata Szydlo told the broadcaster TVN24: “I hear in Europe very often: do not connect the migration policy with terrorism. But it is impossible not to connect them.”

Szydlo’s comments led to threats from a frustrated European Commission, which has now launched a legal challenge to Poland, Hungary and the Czech Republic to force them to open their borders.

The Eurosceptic governments in Poland and Hungary have refused to take any refugees so far despite a quota plan having been agreed upon by a majority of EU leaders in 2015. The Czech Republic initially accepted 12 people but has since said it would not welcome more.

Czech Prime Minister Bohuslav Sobotka justified closing his country’s borders to refugees because of his concerns about public safety. He said, “Given the deteriorating security situation in Europe and the non-functioning of the quota system, the Czech government will not participate in it. We are ready to defend our position in the EU and the relevant judicial institutions.”

So far the debate is a stand off, further creating a crack in the European dream.

These states will eventually be forced to create new Islamic communities in their countries. Most of the members of these new communities will be entirely peaceful—but some will not. So no matter how great the humanitarian arguments are in favor of the policy, Warsaw, Prague and Budapest will join Paris, London and Barcelona as terror targets.

Right now, Hungary, Poland, and the Czech Republic must decide whether or not to import this problem. If they say no, we will see how tough their resolve is. Would they rather leave the EU or damage their own national security?

With every new terror attack in the West of the European Union, the chance the East may walk away grows. 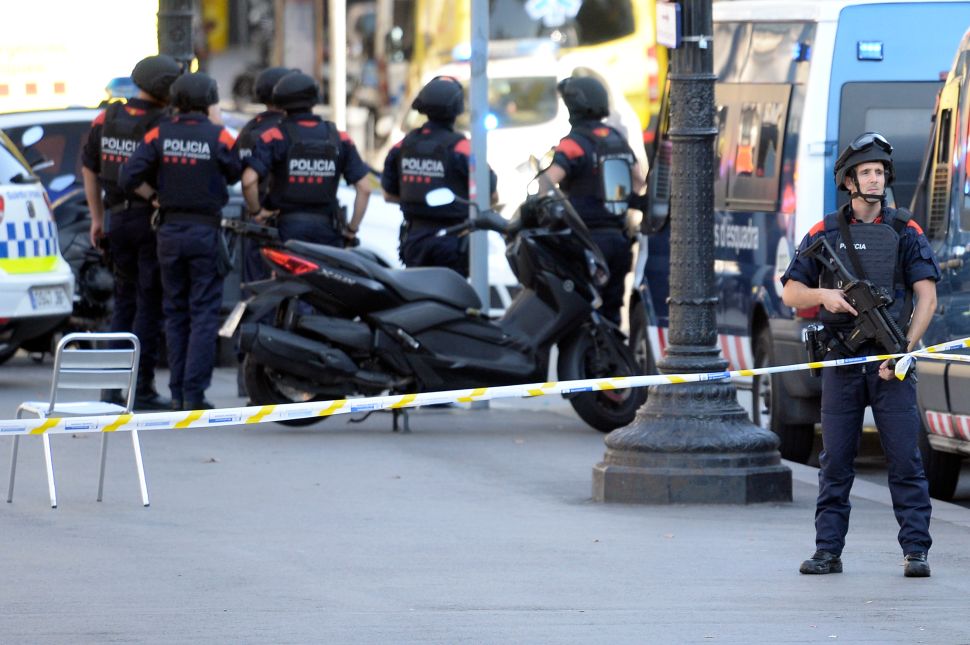