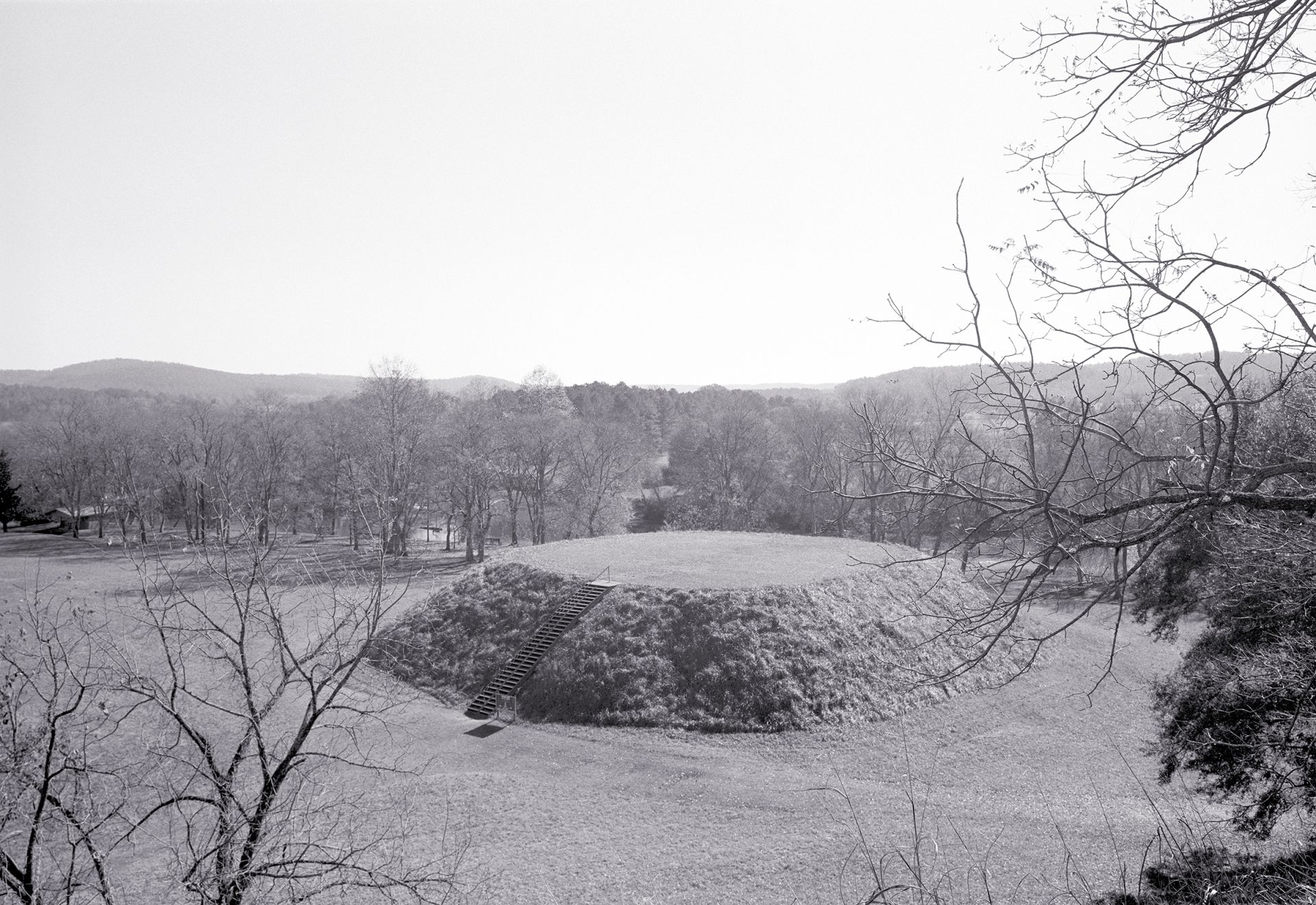 Mound B from Atop Mound A (Great Temple Mound), Etowah Mounds, Near Cartersville, Georgiaca. 1250 CEThis black and white photograph by Tom Pattonshows one of many large Mississippian period mound centers that dotted the landscape of eastern North America before European contact.
Tom Patton 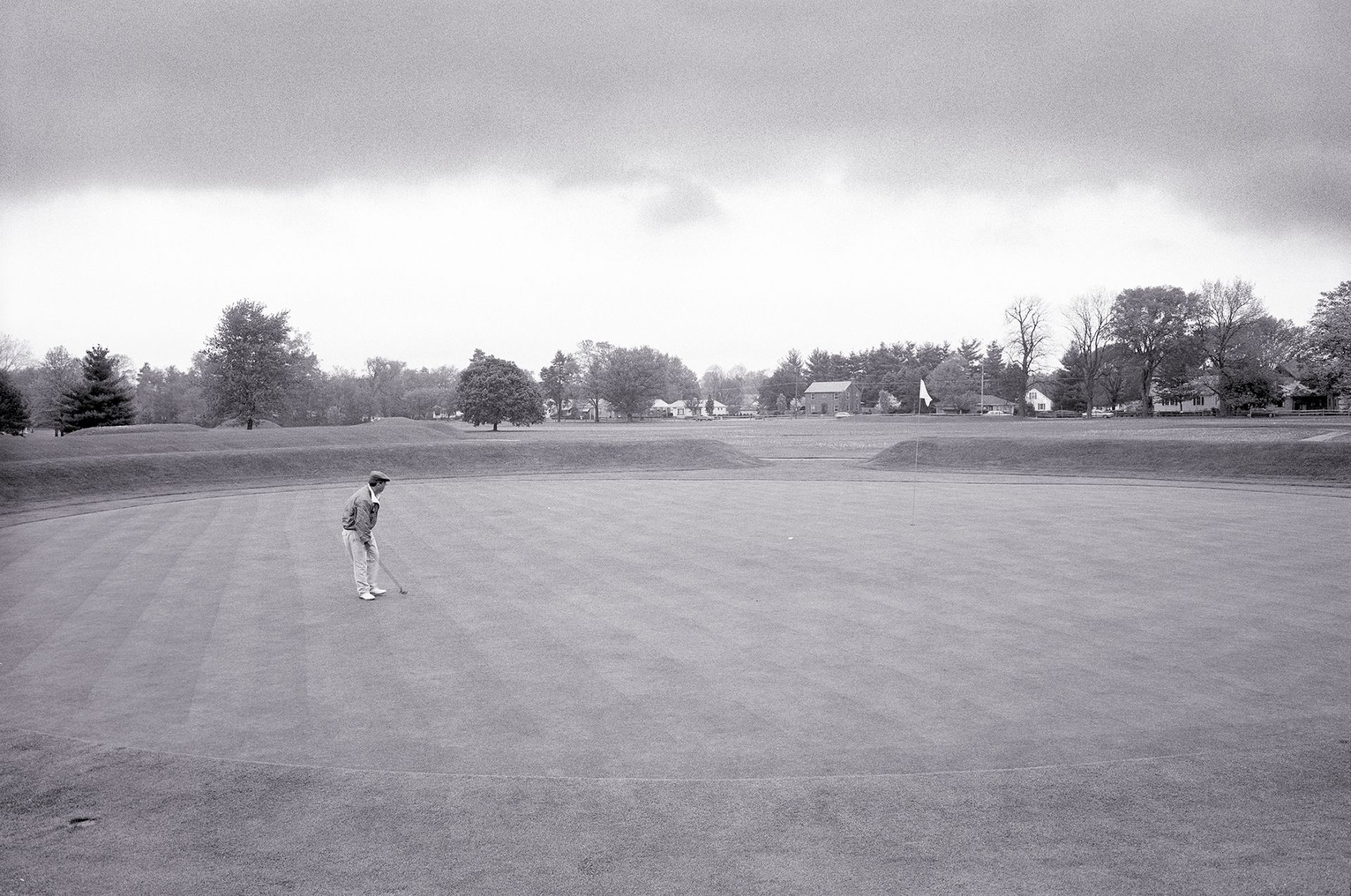 Putting for Par, (Green Enclosed by Circle Mound), Moundbuilders Country Club, Newark Earthworks, Newark, OhioHopewell Culture (ca. 100 –400 CE)As shown in this black and white photograph by Tom Patton, some mounds have been preserved by being built into modern landscapes like subdivisions and golf courses.
Tom Patton 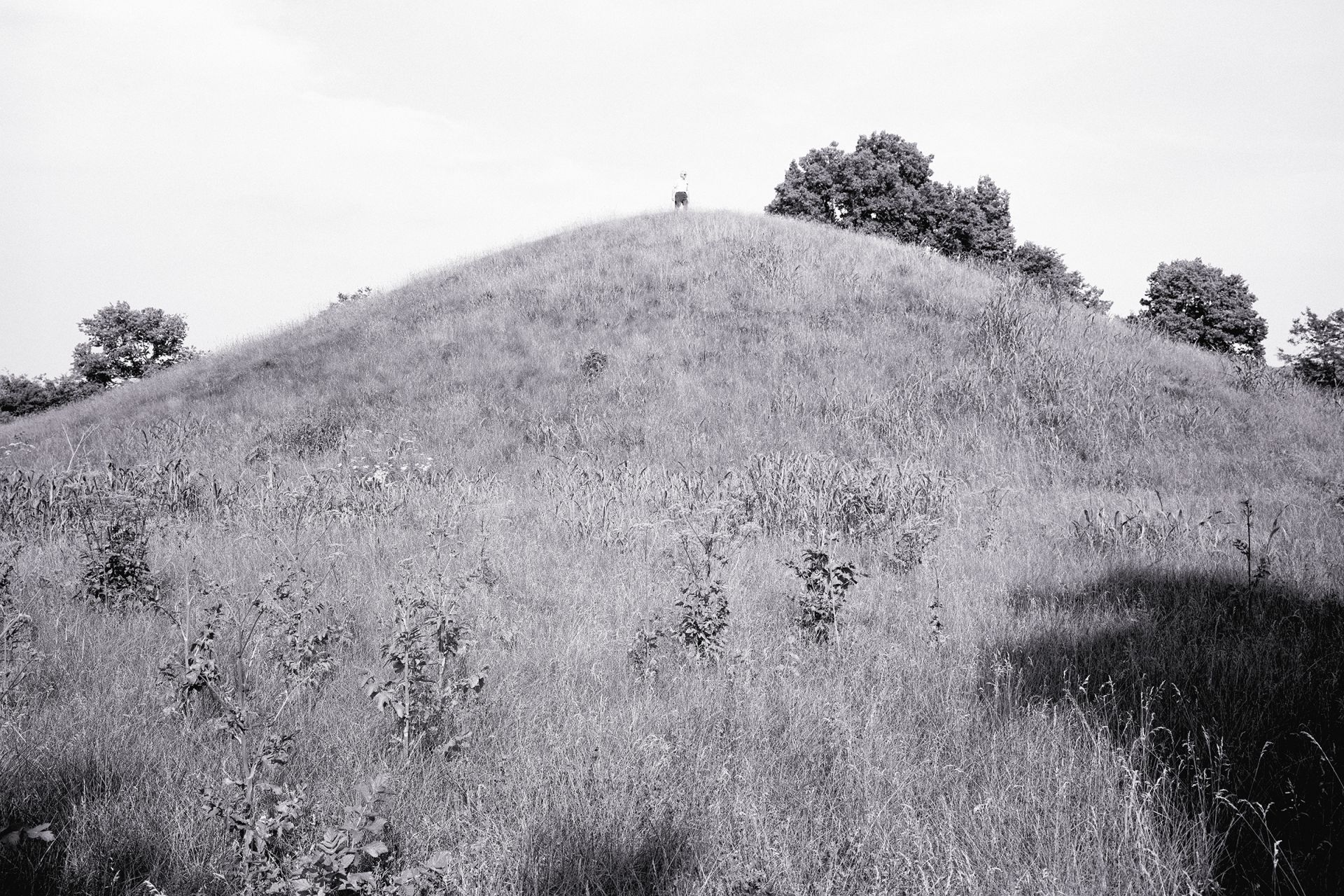 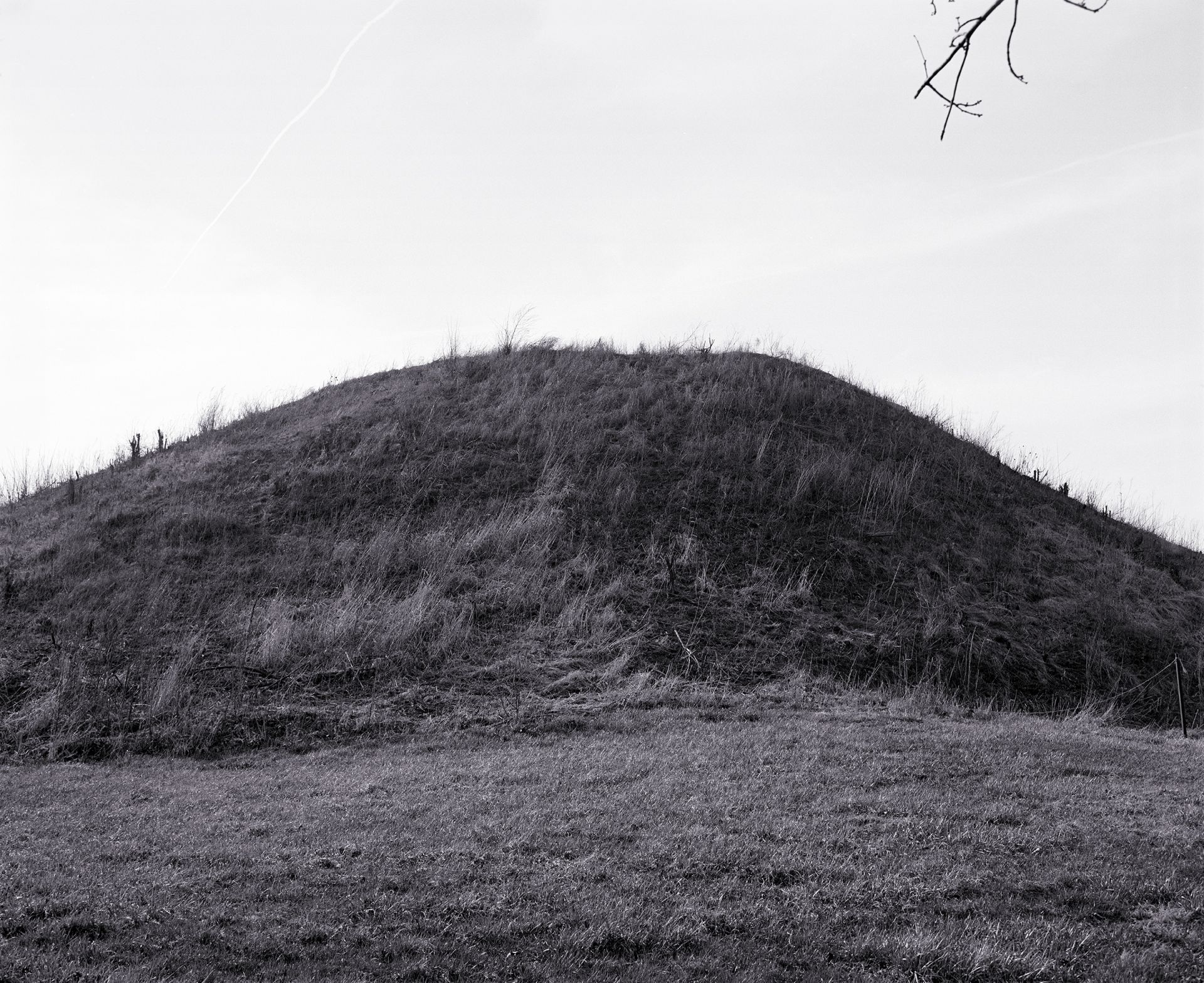 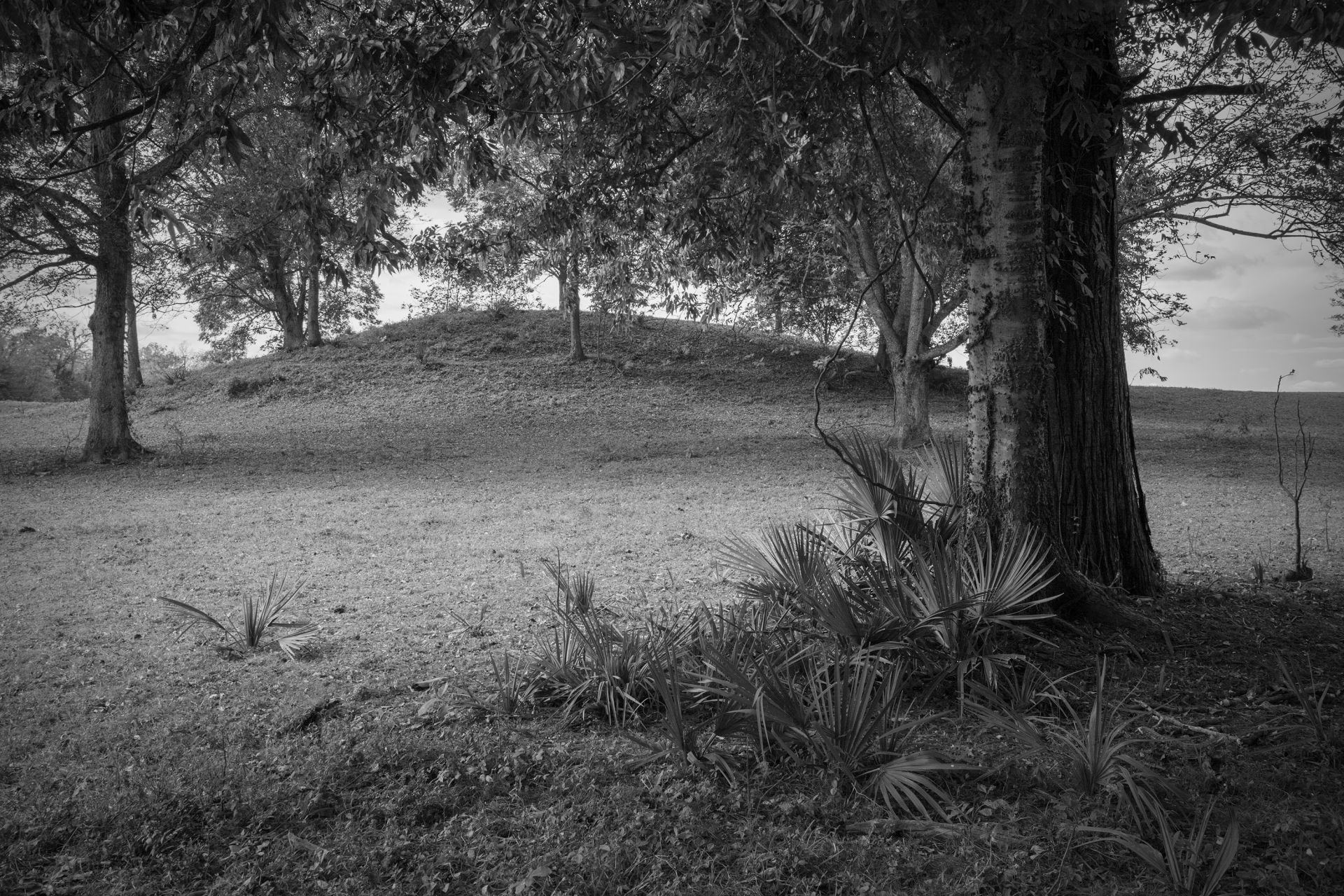 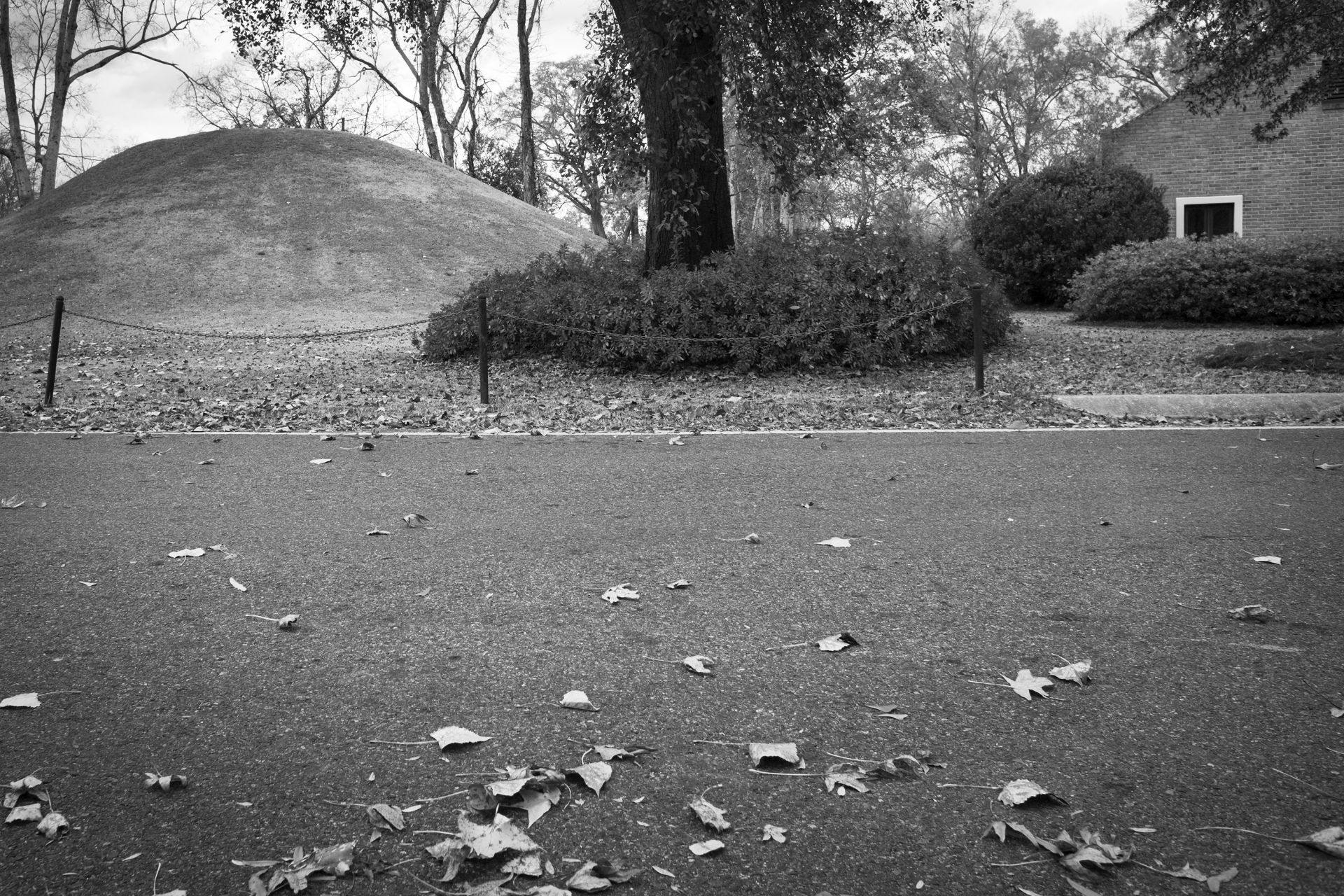 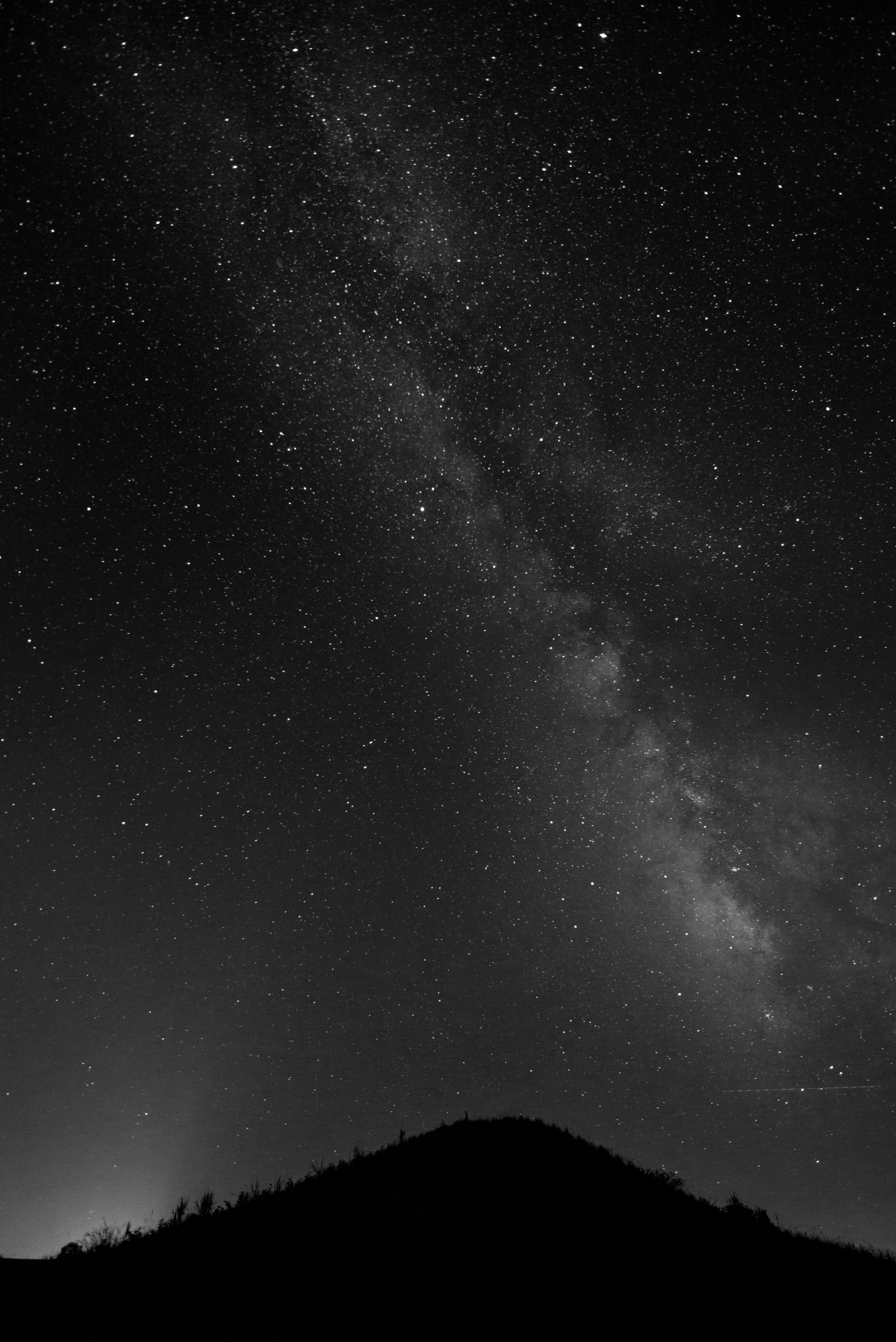 Milky Way Over Mound A (Loaned by The Masur Museum of Art)Black and white photograph of Mound A at Poverty Point, Louisiana (ca. 1400 BCE).
Jenny Ellerbe 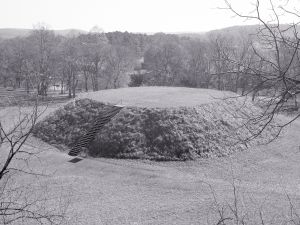 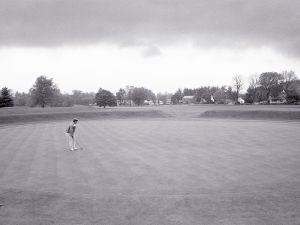 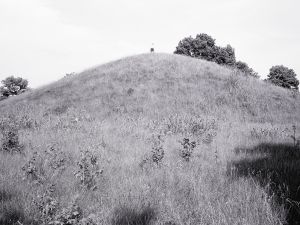 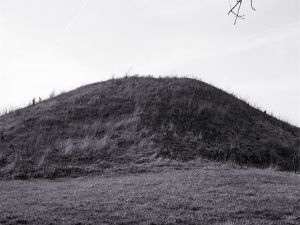 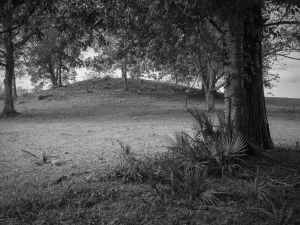 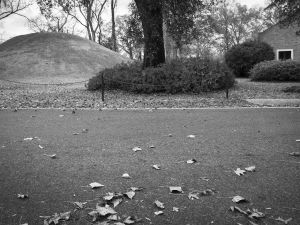 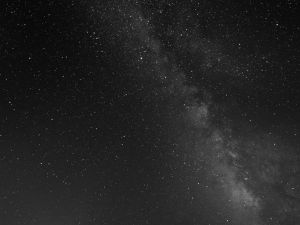 Ancient cultures constructed elaborate pyramidal earthworks, often referred to as mounds, across the globe. The remains of these soil-made structures have been found in places like Mexico, the Amazonian rainforest, across the British Isles and even on the European continent. While the original purpose of these mounds varies from place to place—some were burial chambers and others massive foundations for important buildings—there’s no question that these mysterious earthen structures played a central role in the cultures that built them.

But Americans need not look too far to find evidence of their country’s own early history. In fact, the remains of mounds built by Native American cultures almost 5,000-years ago can still be found today. “Moundbuilders: Ancient Architects of North America,” which is on view at the Penn Museum in Philadelphia through July 2018, explores this lesser-known history, tracing the similarities and differences found among America’s very own ancient monuments—some of which even predate Stonehenge.

One such site is Cahokia, located just outside of St. Louis near Collinsville, Illinois. The site, which is just one of ten UNESCO World Heritage sites in the U.S., isn’t just one mound but rather a complex of 51 still-existing mounds (at one time there were approximately 120) that in its heyday comprised the “largest pre-Columbian settlement north of Mexico,” according to cultural organization’s website. Today, the area is a protected historic park where visitors can still see the clear remains of three different types of mounds: platform, ridgetop and conical. The tallest, the Monks Mound, stands nearly 100-feet-tall.

The Penn Museum’s show puts a spotlight on the variations in shape and size between early sites like Cahokia, and others like the mounds at Poverty Point, Louisiana (another UNESCO site). Through excavation and the analysis of found artifacts, experts have been able to piece together how America’s Native peoples were able to construct these long-lasting earthworks. At Poverty Point, for instance, the museum’s exhibition reveals evidence that thousands of laborers were used to construct its five semi-elliptical mounds, one of which also happens to be one of the biggest in the country, according to UNESCO.

On the significance of the museum’s exhibition, Penn Museum curator and assistant curator for North America Dr. Megan Kassebaum said in a statement: “You don’t need a passport to visit extraordinary ancient monuments. I hope this exhibition will encourage more Americans to visit mound sites and gain a better understanding of the deep history of Native American peoples who’ve lived in North America for many thousands of years.”

The show features artifacts found at excavations conducted across the country, including ceramic pots, carved stone statues and jewelry. Also on view are 38 black-and-white photographs of known mound sites taken today by photographers Jenny Ellerbe and Tom Patton. The images juxtapose the remains of the once flourishing cultures of the Mississippi Valley with interventions from contemporary America; a golfer takes a swing on a golf course that has been placed between mounds built by the Hopewell culture of Ohio between the first and fourth century A.D., while a residential house has been built adjacent to the Paragoud mound in Louisana, believed to have been constructed around 1,200 A.D.

“Moundbuilders: Ancient Architects of North America” is on view at the Penn Museum through July 2018.