Tomorrow night’s fight between Floyd Mayweather and Conor McGregor in Las Vegas is poised to break pay-per-view records. And while no one knows who will win this bout for the ages, it’s clear that one of the competitors has a back-up plan in place.

In the past few weeks, Mayweather’s social media feeds have alternated between posts hyping the fight and valentines to cryptocurrency. He even told his Twitter and Instagram followers to call him “Floyd Crypto Mayweather.”

It all started in the last week of July, when Mayweather posted about Stox, an open source platform where users can predict the outcome of finance, politics and sporting events (presumably its algorithm favors Mayweather in this weekend’s fight).

Stox is powered by the STX digital token, which opened its initial coin offering (ICO, the bitcoin version of an initial public offering) on August 2.

He was right—the ICO raised $33 million on its first day.

So now Mayweather’s at it again. In the midst of fight prep on Wednesday, he promoted Hubii, a blockchain-based media tech company that opened its ICO yesterday. Mayweather expressed his hope, via an Instagram post, that Hubii’s digital currency could be used for “smart contracts for sports.”

Hubii aims to raise $50 million during this ICO, though it’s not open to American investors. So since Mayweather’s Instagram plug for Hubii used the hashtag #ad, some outlets are speculating that the company paid him for the promotion.

Mayweather certainly isn’t lacking for cash—he stands to make $25 million in merchandising alone from the McGregor fight. But win or lose, it looks like he’ll have a lucrative second career as a bitcoin pitchman. 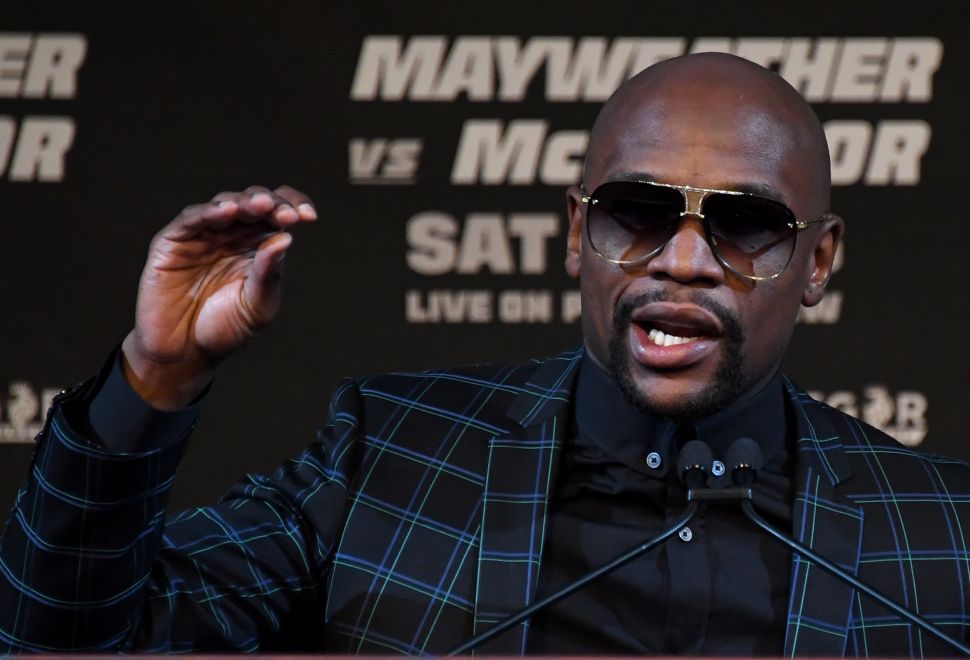