In 2016, TIME magazine reported that there were only 100,000 Holocaust survivors left in the world—that’s down from 500,000 in 2014. As that number continues to dwindle, organizations and individuals committed to remembering the lives of the over six million Jewish lives lost—one third of the entire Jewish population at the time—are coming up with new ways of honoring the phrase “Never forget.”

One of the most effective tributes to the lives lost in the Holocaust is the Auschwitz-Birkenau Memorial and Museum in Poland, which includes the sites of the former concentration camps Auschwitz I and Auschwitz II (Birkenau). The museum allows visitors to walk through the bunkers, to view personal artifacts (many of which were collected in mass from Jews before their execution), enter an exact replica of the very first gas chamber used and to observe the remains of the four gas chambers at Birkenau.

The power of stepping foot on site of the killing center is an experience unparalleled to any other anywhere in the world. By the end of this year, however, that will no longer be the case.

The Auschwitz-Birkenau State Museum has announced plans to launch a traveling exhibit called “Not long ago. Not far away,” as first reported by the New York Times on July 26. The exhibition will travel to 14 cities—seven in Europe and seven in North America—and will display over 600 original artifacts from the museum’s collection, including historic items such as an original barrack from Auschwitz III-Monowitz, according to the press release.

The Spanish company Musealia is responsible the creation and design of the exhibition, which took seven years to put together and will be on tour for seven years, with its first stop expected to be in Madrid this December.

Most of the artifacts belong to the Auschwitz Memorial Collection, but several other institutions have contributed to the exhibit as well, such as Yad Vashem, The World’s Holocaust Remembrance Center in Jerusalem, and the United States Holocaust Memorial Museum in D.C.

Sara Bloomfield, the director of the United States Holocaust Memorial Museum, said in an email statement to the Observer that the museum is “proud” to contribute to the exhibition on the site that “has become a universal symbol of evil,” also noting that many people don’t understand what actually happened at Auschwitz.

“This exhibit will educate the public about this infamous site,” wrote Bloomfield.

The artifact that the museum will lend to the traveling exhibit is an Iron Cross medal that was awarded to Salli Joseph, a Jewish veteran of the German Army, for his service in World War I. He and his wife, Martha, managed to help their two children escape from Nazi Germany, but were unable to escape and were killed upon arrival in Auschwitz, according to the museum’s website. In 2005, their daughter Margot Hamburger donated her father’s medal to the United States Holocaust Memorial Museum.

Because so much of the exhibit will focus on the personal narrative and on understanding how the atrocity came to be, “Not long ago. Not far away” will include artifacts related to transportation. Specifically, there will be an original German-made Model 2 freight wagon, which was used during World War II to facilitate the deportation of Jews to ghettos and extermination camps in Poland, as well as to transport soldiers and prisoners-of-war.

Other objects included in the exhibition include glasses from a deportee to Auschwitz, whose identity is still unknown. A beautifully carved wooden box by a prisoner of Auschwitz is an intimate artifact, and provides some insight into what the prisoners did while not working or awaiting their extermination.

The exhibit also will include artifacts that belonged to soldiers, such as an SS uniform belt buckle.

President and CEO Michael S. Glickman of the Museum of Jewish Heritage — A Living Memorial to the Holocaust, expressed his appreciation of the exhibition to the Observer in an email statement.

“At New York’s Holocaust museum, we constantly see the transformative power of giving diverse visitors the opportunity to encounter artifacts representing personal experience of global significance,” Glickman said. “Artifacts like the ones on tour from Auschwitz challenge visitors to face the stories and experiences of individuals, honor their humanity and dignity, and learn about the complex historical circumstances in which they lived.”

“Traveling physical pieces of Holocaust history to different places calls to mind the ways in which we all carry the global responsibility to never forget,” he added. “This unprecedented educational opportunity should reinvigorate memory in every city it reaches.”

Piotr Cywinski, director of the state museum, told the Times the exhibition is “the first project of this magnitude ever,” and organizers further explained to the publication that the show is “a response to growing anti-Semitism in Europe and elsewhere.”

“Today, the world is moving in uncertain directions,” Cywinski said in the press release. “That is why we need to rely more and more on the strong foundations of our memory. Auschwitz and the tragedy of the [Holocaust] are part of those foundations, which cannot be bypassed in creating a new face of the world.”

“Nothing can replace a visit to the authentic site of the biggest crime of the twentieth century,” Cywinski explained, “but this exhibition, which people in many countries will have the opportunity to see, can become a great warning cry for us all against building the future on hatred, racism, anti-Semitism and bottomless contempt for another human being.” 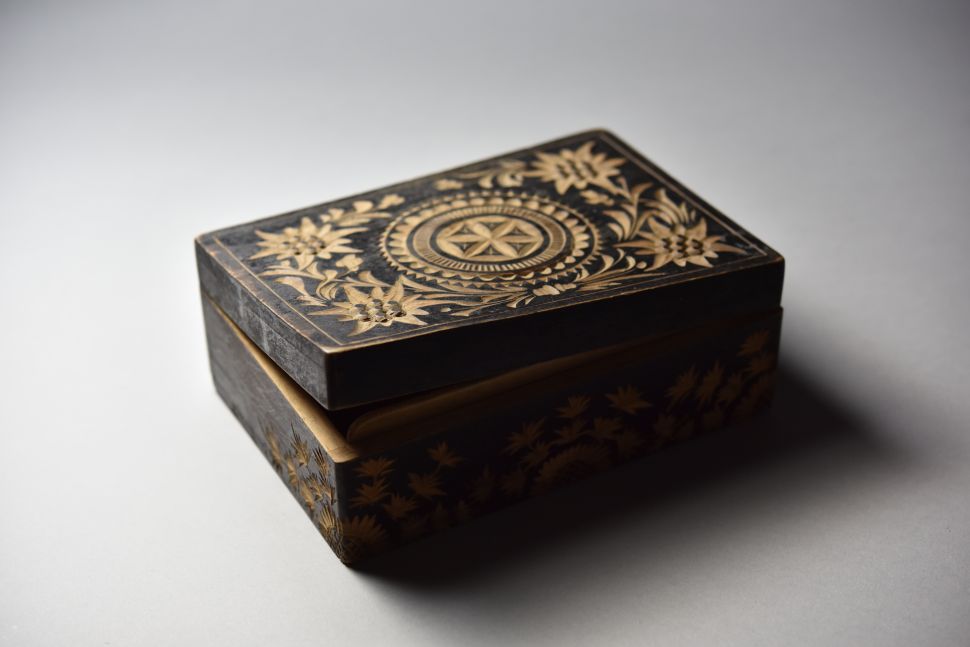