The Federal Trade Commission has had enough of illegal robocalls, and it’s taking action. A new initiative empowers telecoms to curtail telemarketers’ and scammers’ ability to reach people on their phones. Each day, the FTC will release data from its “Do Not Call” complaint list to telecom companies and their partners in order to help them create systems that block illegal robocalls.

Everyone wants fewer robocalls, especially from telemarketers and scammers. NPR has been reporting on how automated calls are increasingly using familiar looking numbers to trick people into answering. A host of the Reply All podcast recently answered such a call and chased the tricksters on the other end of the line all the way to India.

However, by encouraging telecoms to use “Do Not Call” lists to curtail unwanted automated calls, the FTC may end up doing unforeseen harm to consumers.

The FTC shares each day’s “Do Not Call” complains as a downloadable spreadsheet on its website. In the data for Tuesday, the FTC fielded 34,751 complaints. Of those, 20,444 were marked “No subject provided” and a further 1,479 were marked “Other.” So a full 63 percent of the calls have no useful information attached to them. Further, there’s no verification that any of these calls weren’t simply falsely reported, either by business competitors or pranksters.

Previously the FTC had released data to the industry on a bi-weekly basis, and without any information about what they reported the call to have been about. This new announcement shifts it to a daily release with more information.

It’s worth noting that the registry against unwanted calls specifically does not apply to advocacy organizations, charities and telephone surveyors. “99 percent of consumers don’t delineate between a telemarketer call and a free speech call,” Mark Sump, CEO of Activate, a company that provides automated calling services to political campaigns and activism organizations, told the Observer in a phone call. “But there is a delineation.”

Sump’s analysis seems right. In a previous life, this reporter made a lot of advocacy calls. At least once per night or so, people would say they were on the “do not call” list. Very few people understand the limits of the FCC’s rule.

In fact, 178 of the calls on the August 1 report are for “charities,” that’s just 0.05 percent. Some of the calls that didn’t have a purpose marked might also have been political or charitable calls, those protected under free speech.

As callers spoof local phone numbers in order to make it more likely that a person will answer, the initiative raises another question: How many of the phone numbers reported belong to real consumers who have never made a robocall or a telemarketing call?

Stick with us here, because this might get a little confusing.

Robocallers pull numbers out of thin air to trick recipients into answering the phone, but that doesn’t mean that the one used doesn’t belong to someone. If yours is (555) 321-9998, then a robocalling system might send (555) 321-9898 in the caller ID field that shows on your phone. The robocaller knows that if they don’t get you then, you are very unlikely to call back. So it doesn’t matter to them if “9898” is a real person’s number or not.

But it could be. It could be some person who uses their phone for perfectly legitimate reasons, such as calling the local pizza place or checking in on the parents.

“The caller ID number needs to be owned by the client,” Sump said. Sump’s technology makes calls for his clients, but he says he insists that they put one of their actual phone numbers in the called ID field when using his automated calling system.

“The rule exists but the enforcement does not,” Sump said.

In fact, today, it’s even easy for consumers to mask their true digits. The Burner app, for example, gives users a fake phone number to use whenever they feel they need it.

Which raises the question: what do telecoms and their industry partners do with this data? In a world where it’s easy for an illegal dialer to spoof someone else’s number, why would an illegal caller ever send their own to caller ID? And if all those numbers are spoofed, then what good does sharing this data do?

“Call-blocking technology relies on an analysis of many different data points such as call volume, call profile, call duration and where the call is coming from,” the FTC wrote in a statement, via a spokesperson. “While there is no guarantee they will always get it right, so far we have not heard about unnecessary blocking.”

If companies start offering apps for people’s mobiles that block phone numbers that get reported under the “Do Not Call” list, it could start blocking legitimate callers and consumers just trying to call their friends to make plans. Telecoms probably have the sophistication to spot numbers that shouldn’t be blocked, but some startup using this data to make an app likely don’t. In fact, some startups might see an opportunity in blocking calls from non-profits and political campaigns, even though those calls are permitted.

“This FTC thing looks like a ham-fisted way of enforcement,” Sump said.

UPDATE: The FTC replied to the Observer’s request for comment subsequent to publication. August 7, 2017 10:20 AM. 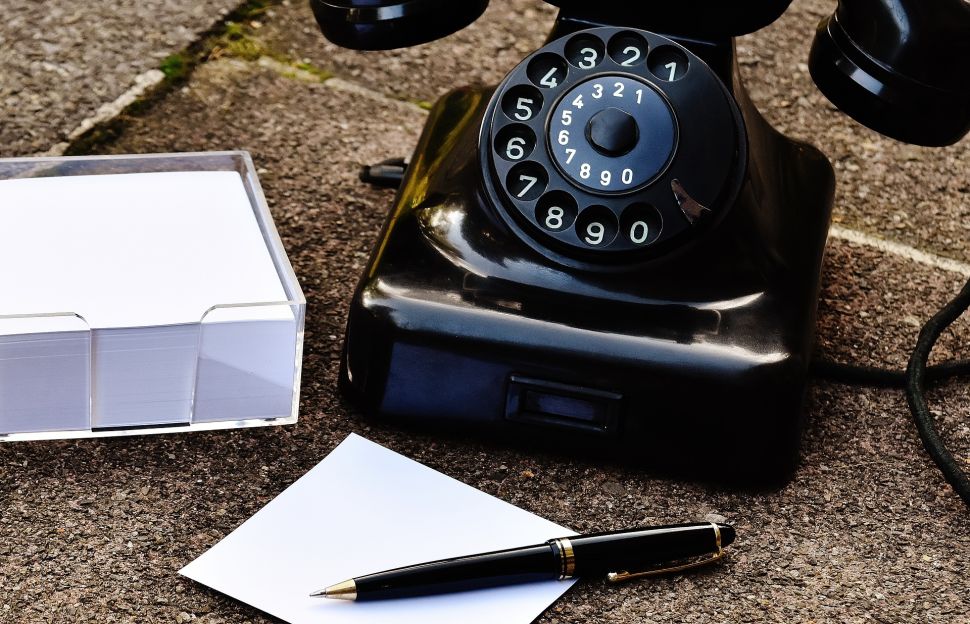