You would think that the early leak of “The Spoils of War,” the fourth episode in the seventh season of Game of Thrones, would lead to fewer viewers tuning in on Sunday night. You would think that the massive cyber-hack HBO was hit with last week might turn some viewers away, at least temporarily. Well, in both cases you would be wrong.

“The Spoils of War” garnered 10.167 million total viewers on Sunday, according to TheWrap, even though it was made available days before its official airing. Similar to Daenerys’ dragons, Game of Thrones can be wounded, but it looks like it cannot be stopped.

For comparison, the season seven finale of AMC’s The Walking Dead hit a five-year finale low with 11.3 million total viewers, according to Deadline. It just barely eked out a lead over GoT‘s numbers despite AMC being available in nearly 95 million U.S. households compared to HBO’s 49 million domestic subscribers.

This week’s episode, titled “Eastwatch,” will bring the action up North around the Wall. If there’s a White Walker battle involved, Game of Thrones could set yet another season-high in ratings. 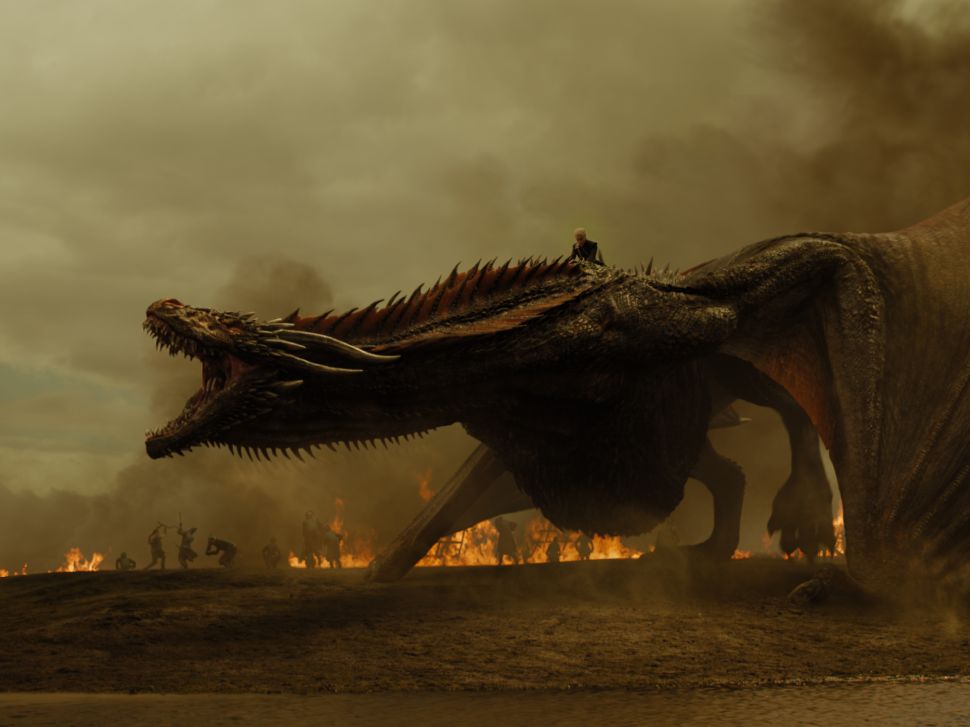