Game of Thrones aired the penultimate episode, “Beyond the Wall,” of its seventh season Sunday night and, well, we have some questions, comments and concerns. Be warned, this post contains Stark (hehe) discussion of the episode, so if you’re not caught up on Game of Thrones, make like Daenerys’ dragons and take off.

Let’s start with the biggest plot point: Jon’s idiotic, no strategy white walker gamut that ended up getting one of Dany’s dragons killed. His plan (which Tyrion helped come up with, mind you) was to zombie-nap a wight and bring it to King’s Landing to convince Cersei that there are bigger problems than the Iron Throne. A few issues here:

Game of Thrones has always subverted the fantasy genre by following a strict internal logic that grounded its characters, subplots and even the more fantastical elements of its story. The show’s big action sequences—”Battle of the Bastards,” “Hardhome,” etc—have served the emotional journey’s of the characters. But last night’s consequences resulted from increasingly illogical characters decisions; there was hardly any rationale for the why/ what/how of Jon’s mission. Of course I still enjoyed watching Dany BBQ those wights, but it felt a bit empty and manufactured.

The best art, including early seasons of Game of Thrones, is challenging. But recent episodes (and arguably seasons) have transformed Thrones into pleasing spectacle, which may be satisfying and fun, but isn’t as meaningful.

Did I mentioned that “Beyond the Wall” featured some really dumb character choices?

Arya’s scenes with Sansa may be meant to show audiences how she’s been reduced to a cold-blooded killer in order to survive this world. But if that were truly the case, why did she decide to forgo King’s Landing in favor of Winterfell when she found out that the Starks were back in business? These are conflicting narratives.

Arya has every right to be disappointed in and/or suspicious of Sansa. But after everything she has been through, after everything her family has been through, it doesn’t really make sense that she wouldn’t give Sansa a real opportunity to explain herself or try to see things from her perspective. Seasons five and six honed in on the emotional certainty that Arya was unable to become no one and let go of her Stark identity. The Faceless Men wanted to erase her true self and force her to commit to a death god unquestioningly, but she chose to return to her own life and to question everything at face value (pun only slightly intended).

(Side Note: this is expertly shown in her season premiere encounter with Ed Sheeran and the Lannister soldiers. At first, she plans to kill them, but quickly realizes that there is more under the surface of their red lion armor).

So why isn’t she placing more faith in her family? Why isn’t she questioning if this letter business might have an alternative explanation? Why/how is she being manipulated by Littlefinger so easily? Why is she threatening Sansa who, despite Arya’s many reservations, is doing a damn good job of running the North? It doesn’t gel with everything we’ve seen from Arya over the course of the entire show. Ultimately, it’s just a poor attempt by the showrunners to create drama on the home front.

Dany listens to Tyrion and her other advisors when they come up with bad plans but ignores them when they start making sense. She may be a great conqueror, but we have ample evidence that suggests that she’s a terrible ruler.

Back in Essos, Astapor and Yunkai quickly reverted to their previous ways after she liberated the slaves. In Mereen, she failed to foresee and combat the Sons of the Harpy revolt, bungled her handling of the slave masters at every turn and left the unqualified Daario in charge. In “Beyond the Wall,” she once again ignores Tyrion’s rightful observations that she’s edging into Mad King territory and refuses to discuss plans of succession. She also rides off to save Jon and Co, which while brave and amazing, was foolish and selfish.

Dany keeps saying she wants to “break the wheel,” but she has never once discussed what she plans to replace it with. She hasn’t lived in Westeros, she doesn’t know the people and their problems. She also doesn’t appear to have any revisions or alternatives to the current system in place. As George R.R. Martin is fond of saying in his novels, “Words are wind.”

I guess I just miss the days when Game of Thrones was about unique characters dealing with impossible situations in intelligent and theme-defining ways. Sure, dragon battles and sword melees are awesome, but Thrones used to be able to provide the same thrill just by letting two people in a room talk. 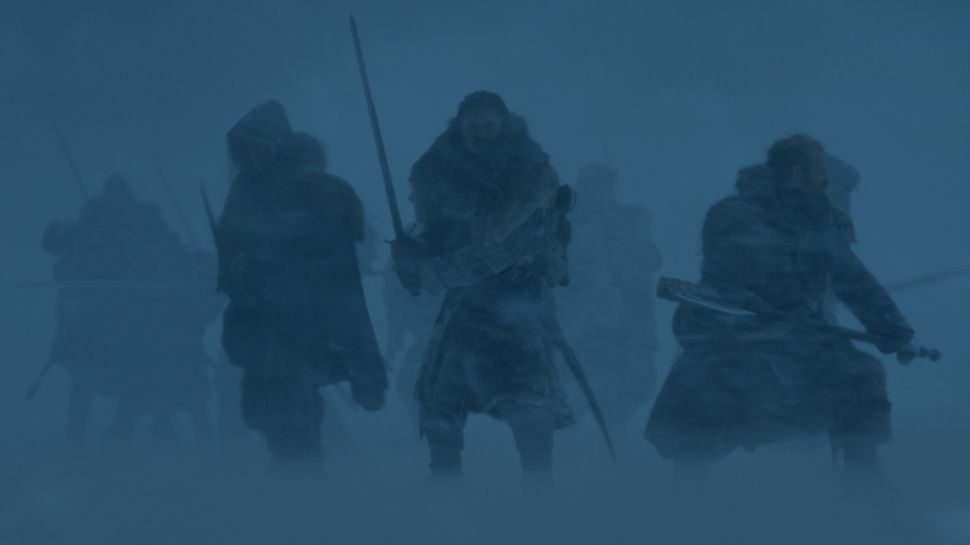