By the old gods and the new, we made it (relatively) unscathed to the end of Game of Thrones‘ seventh season. Give yourselves a round of applause, or in Jaime’s case, pat yourself on the back. While “The Dragon and the Wolf” didn’t include any major surprises, it was a very well executed episode with great individual moments that sets up the show’s swan song nicely. As such, we have some pretty big questions still on our mind. Fair warning: This post contains Stark discussion of last night’s concluding chapter, so if you haven’t seen it yet, make like a Raven and fly away.

What does Jon Snow’s lineage mean for the story?

Just in case you were still confused about Jon’s origin story, Game of Thrones beat viewers over the head one last time with the truth thanks to a handy flashback that saw Rhaegar Targaryen and Lyanna Stark wed in secret. (Side Note: Bran is the greatest fact checker in the world. Where was he during the presidential election?!). Contrary to popular belief, Rhaegar did not kidnap Lyanna Stark and whisk her away to Dorne against her will. As hinted at in both the books and the show, the two were very much in love (though, like Robb, pursuing that love resulted in disastrous consequences) and that union produced Aegon Targaryen (a name with a whole bunch of historical importance) a.k.a. Jon Snow a.k.a. The White Wolf (Dany isn’t the only one with a bunch of nicknames).

So what does this actually mean in the context of the show’s politics and relationships?

What was that look Tyrion gave at the end of the episode?

While Jon and Dany are busy bumping uglies, Tyrion creepily stares at their closed door with a somewhat forlorn look on his face. What’s going through his head right then?

Is Tyrion secretly in love with Daenerys and upset about this coupling? It did seem as if he was in support of the relationship earlier this season. Then again, he was also the one who advised Dany to send Jorah away (again) and leave Daario behind. It may be that he has some ulterior motives unrelated to politics, but that’s a bit too soap opera-y. It would be completely out of left field (of fire).

Was he secretly hoping that he would be Dany’s successor given her insistence that she cannot have children? Though Tyrion enjoys the game, he’s never really lusted after the top spot. It would seem a bit out of character.

Could Tyrion be feeling a bit conflicted about his allegiance? He’s just discovered his sister is pregnant, he expressed remorse in the death of two of her children and, to his knowledge, Cersei has agreed to help their cause. We’re not saying he’s planning a full scale betrayal of Daenerys, but perhaps this week’s family reunion really got to him.

But maybe the answer is even simpler than all of that. Maybe Tyrion is just worried that a romantic entanglement will overrule better judgment. He was upset in “Beyond the Wall” when Daenerys risked her life to go save Jon and Co. and he was upset in the finale when Jon publicly announced his allegiance to Dany at the potential cost of the armistice. Maybe he just wants both of them to keep their eyes on the ball and off each other for now.

What is the show’s endgame?

Ever since the opening scene of the show’s very first episode, it’s been assumed that the White Walkers would be the end all, be all of Game of Thrones. But now the final season will be split between the living vs. the dead and the good guys vs. Cersei…and that’s kind of lame. The political jockeying of Westeros has always been the best part of Game of Thrones, but with just six episodes remaining, how can both of these conflicts be done justice? It’s just not enough time to resolve such monumental plot points and it’s not as if the two are even comparable. The truth is, the battle for the Iron Throne is laughably small in the shadow of the apocalypse.

Hopefully, showrunners David Benioff and Dan Weiss have something up their sleeve. 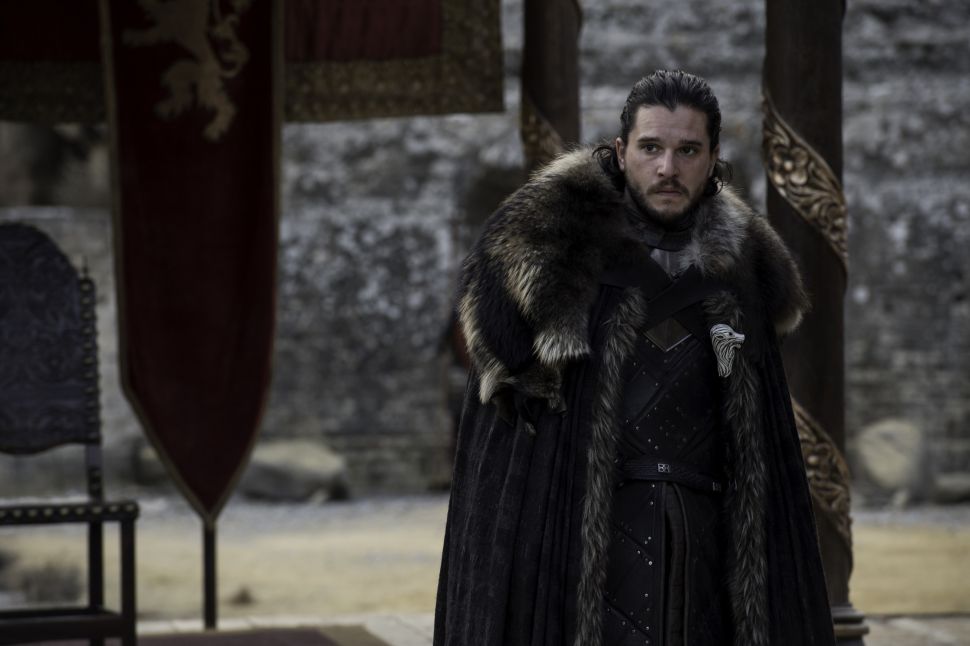