Your arrows are nocked, your Valyrian steel sharpened and your dragonglass forged…you, my friend, are ready for the Season 7 finale of Game of Thrones. Congratulations on making it this far; we sure have been through a lot together this year. Daenerys finally invading Westeros, Jorah finding a cure for his greyscale, the Starks reuniting. We even made it through one of the most illogical episodes of television of all time. Just one question remains: What happens now?

The Season 7 finale of Game of Thrones is upon us, and we have a few predictions.

In the teaser above, we finally get to see the majority of main characters meet up in a cease fire negotiation. Visible in those quick shots are (deep breath): Jon Snow, Cersei Lannister, Jaime Lannister, Tyrion Lannister, Varys, Davos, Podrick, Brienne of Tarth, Jorah Mormont, Theon Greyjoy and Missandei (Dany is presumably en route atop of Drogon). The goal of the good guys here is to convince Cersei that the Night King and army of the dead exist and to work out an armistice so they can join forces and fight together.

An uneasy alliance will be struck between the competing factions but not before something tragic happens. An attack or betrayal of some sort is bound to take place at this meeting whether at the hands of Cersei or even the Night King (who can swoop down on his fancy new Ice Dragon). The loss of fan favorite main characters will prompt whatever agreement the major players reach.

Most likely characters to be killed in descending order of male genitalia possession: Theon, Varys, Brienne, Cersei and (hot take) Tyrion. Then again, this is a George R.R. Martin story we’re talking about, so everyone we like could be killed.

The 79-minute, 43-second finale is titled “The Dragon and the Wolf.” This suggests two possibilities:

Or, both things could happen, in which case we would pop open some Dornish wine, snack on some Hot Pie wolf cakes and celebrate.

3. Arya and Sansa Patch Things Up Over Some Casual Murder

We’ve spoken at length at how ridiculous the tension between the two Stark sisters is, so now is as good of a time as any to settle it. Let’s say Bran doesn’t reveal the truth to Jon just yet, the showrunners will have to give him something else to do for the finale. For seven seasons, his character has served zero practical use to the actual story and all he’s been good for are information dumps for the audience.

Fingers crossed that Bran finally feels like making himself useful by showing both Arya and Sansa how Littlefinger has betrayed their family over the years. This will, of course, lead to Arya sticking that shiny Valyrian dagger Littlefinger gave Bran into his stomach. Bye bye Baelish.

(Side Note: anyone who thinks Bran is the Night King truly knows nothing).

This isn’t exactly a bold prediction, but it’s a likely outcome. This season of Game of Thrones has been breaking viewership records despite all of the episode leaks. Expect the series-high 10.7 million live plus same day viewer mark to be broken on Sunday. 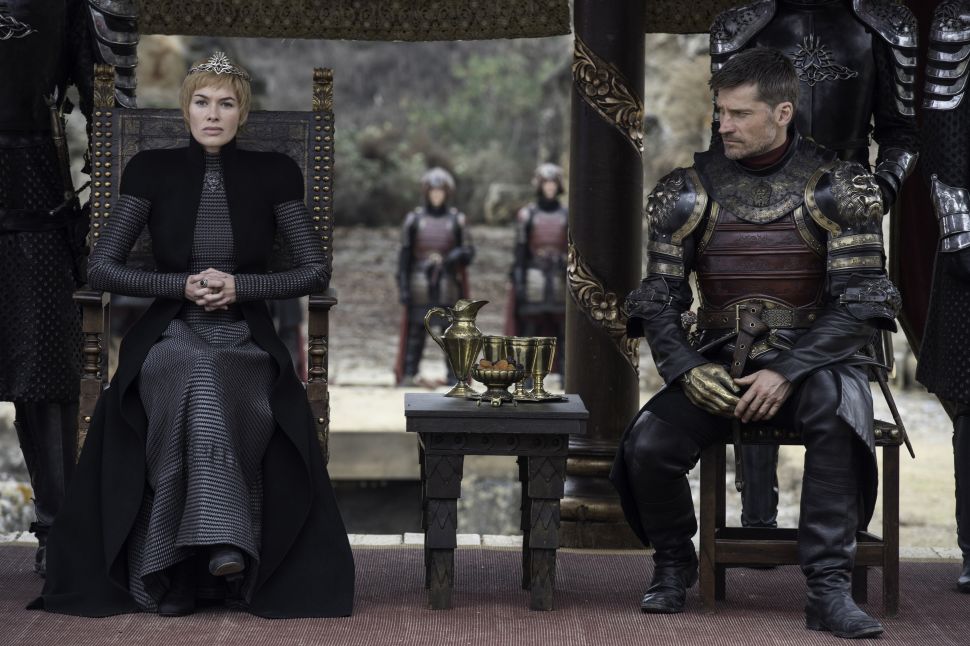