This Sunday night will see Game of Thrones conclude its seventh season with “The Dragon and the Wolf.” While we have many predictions for the finale, one stands out as the most likely: this episode will set viewership records for Thrones and maybe even HBO.

To date, the show’s biggest outing was actually this season’s fifth episode, “Eastwatch,” with 10.7 million live viewers, per TV Series Finale. That number broke the record set just one week prior by “The Queen’s Justice,” which earned 10.1 million viewers. The biggest season finale in Thrones history came last year in Episode 60, “The Winds of Winter,” to the tune of 8.889 million live total viewers, according to TheWrap.

Since the show debuted in 2011, it has consistently added legions of fans every year, a feat made more impressive when you remember how competitive and time consuming the Peak TV era really is. Other mega hits such as AMC’s The Walking Dead and FOX’s Empire have seen a decline in viewers as the seasons have marched by. But Thrones just keeps getting bigger and bigger. Last Sunday’s penultimate episode, which we found somewhat underwhelming, garnered 10.2 million live viewers.

Here are the ratings for the show’s previous six season finales, per TheWrap.

Given the show’s massive cultural footprint and its steady increase in finale ratings, don’t be surprised to see “The Dragon and the Wolf” top the 11 million mark. This would also mark a network high for HBO. 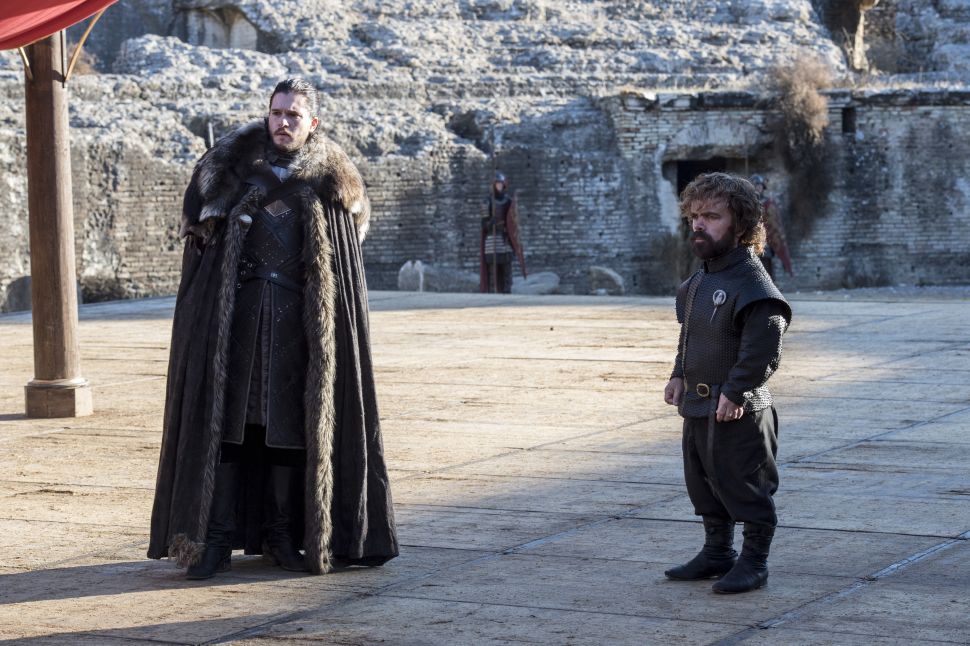