Despite what we thought about Game of Thrones‘ penultimate episode this season, there’s no denying that the upcoming finale has us through the roof excited. One aspect of the finale we’ve been eagerly awaiting is the title reveal as the HBO series tends to pack a lot of thematic weight behind its episode titles. Now, we have it.

The season seven finale of Game of Thrones has been revealed by HBO to be titled “The Dragon and the Wolf.”

This title suggests that the episode could feature Jon Snow and Daenerys finally acting on those longing gazes, Jon finding out about his true parentage or even both. (Side Note: Have we come to a consensus on this whole rooting for incest thing?).

Per Watchers On The Wall:

According to Sky Atlantic, which airs Game of Thrones in the U.K., the name for the Season 7 finale will be “The Dragon and the Wolf.” The big question now is, eh … which dragon and wolf are we talking about, here? I confess my knee-jerk reaction was to think of Daenerys and Jon but, as Jon is always quick to point out, he is no Stark.

Might the title, instead, be referring to Rhaegar Targaryen and Lyanna Stark? Gilly did unintentionally reveal a major twist regarding Rhaegar’s marriage to Elia a few episodes ago. Dare we hope for a fully clarified and openly stated R+L=J reveal? Perhaps another of Bran’s flashback-visions? We’ve got less than a week to wait to find out.

HBO’s brief teaser for the finale shows all the major players meeting (finally) in King’s Landing. But will Jon and Dany be able to convince Cersei of the looming threat? Will Cersei try to wipe out all of her conveniently gathered enemies? Will Hot Pie be eliminated on this week’s Top Chef: Westeros? We have so many questions and just one 82-minute episode left to answer them all.

One thing is for sure: HBO is setting us up for an explosive finale. 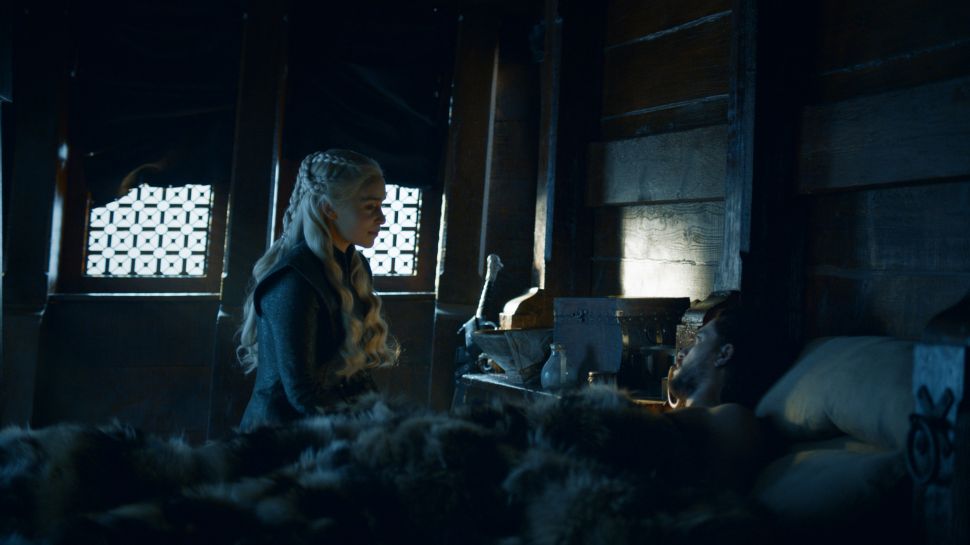