Lost among Dany’s victory, Jon’s close encounter with Drogon and all the drama at Winterfell was a quick but pivotal conversation between Cersei and Jaime. The Queen told Jaime that she was pregnant with his child, a plot point that would’ve received its own episode in the earlier, more slowed down days of Thrones. Obviously, this came as a huge surprise to Jaime and it was equally as big for actor Nikolaj Coster-Waldau, who plays the Kingslayers.

“Yes,” he told THR when asked if the baby news brought him fully back to Cersei’s side. “And on top of that, there’s that little tiny moment where he thinks, ‘Is this possible? Could I be allowed to be the father?’ Because he’s never really been allowed to be a father. He had that moment with Myrcella, the briefest of moments of feeling open about it, and now she’s telling him that it won’t be a secret. And so he’s happy for maybe a millisecond before she goes ahead and ruins it by saying, ‘And don’t ever betray me again.’ Suddenly, he’s like, ‘Oh, that’s right. It’s Darth Vader. I forgot that I’ve been fucking Darth Vader.’

Fans have wondered if Cersei’s announcement is genuine or not. It could be a ploy just to keep Jaime motivated and loyal to her. If so, it clearly had the desired effect. There’s also that pesky little marriage commitment she made to Euron Greyjoy complicating matters, but Cersei likely never intended to share his bed at all. It also could be the 100 percent truth, which would make the Lannister downfall all the more emotionally significant.

Either way, this season has thrown quite a lot of Jaime and Coster-Waldau believes he’s handling it all pretty well.

Yeah, but he’s doing his best! I’m obviously a little bit biased, but I think he’s doing quite well! He’s like, ‘Okay, I’m back in this dump again. Everybody wants to kill us. I have to make the best of this.’ He actually gets to do what he does best. He’s a soldier. Now he’s a military commander. As Tyrion says: ‘You were really smart! You outplayed and outmaneuvered me. That was very well done.’ Things are going very well. He’s getting the troops back. He has the gold. They [won against] two of the Houses that were against them. It’s all going very well. And then of course Daenerys comes in with her weapons of mass destruction, and it’s all fucked. Of course, his sister is also still not quite willing to accept facts. She’s just pretending: ‘If we’re going to go out, I’m going to go out in a blaze of glory.’ I don’t think he thinks that’s the best solution. It’s not easy. Certainly, he’s trying his best. 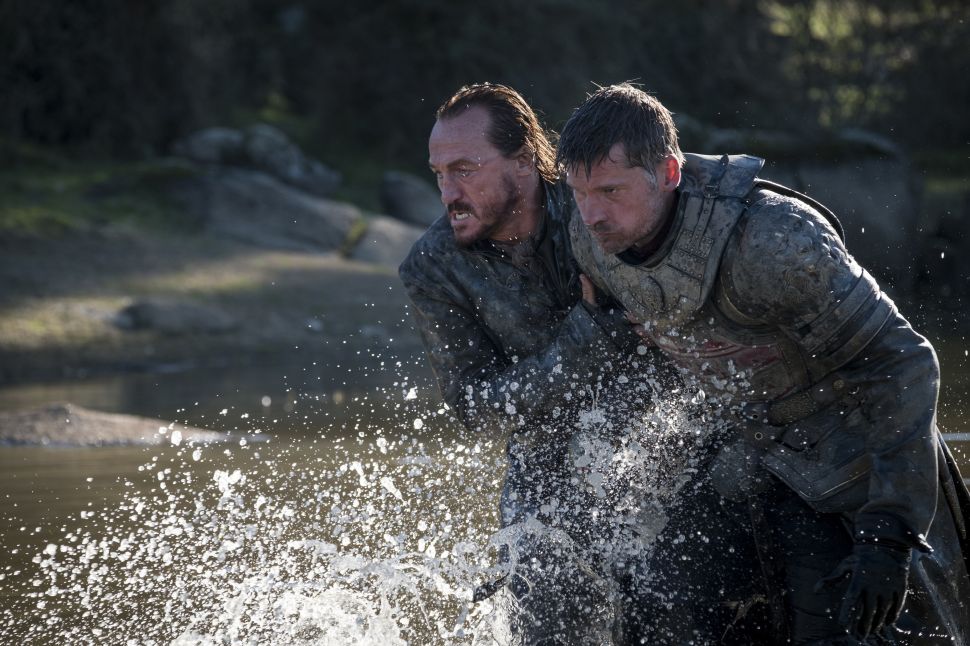