At the end of “Eastwatch,” the fifth episode in the seventh season of Game of Thrones, Jon Snow ventured North of the Wall with six companions: Tormund, Beric Dondarrion, Thoros of Myr, Sandor Clegane, Jorah Mormont and Gendry. By the looks of things, practically everyone in this party is going to die a horrible death save for Jon (and even that’s not a guarantee). But before you go sniffing around for spoilers in the leaked sixth episode, here’s why Gendry is going to make it out alive.

Robert Baratheon’s bastard (and last living member of House Baratheon) was a talented apprentice under blacksmith Tobho Mott, who we met in season one in Fleabottom. But in George R.R. Martin’s A Song of Ice and Fire books, Mott is the smith Tywin Lannister hires to rework Ned Stark’s Valyrian steel sword Ice into two separate blades (Oathkeeper and Widow’s Wail). As you’ve probably heard a thousand times on the show, Valyrian steel is kind of a big deal because the secret to its creation is lost and only a small handful of people in the known world can rework it. And as you also know, Valyrian steel and the notoriously fickle dragonglass are the only known substances that can kill White Walkers. It’s the whole reason Jon traveled 1,000 miles to Dragonstone in the first place.

To defeat the army of the dead, the good guys are going to need to mass produce weapons from this material.

“Is it at all possible in the context of the show that Mott taught Gendry some or all of his know-how when it came to working Valyrian steel” Vanity Fair‘s Joanna Robinson wrote. She continued:

Once again, re-working isn’t the same as forging something from scratch. Valyrian steel was reportedly forged using dragons in some way—either the heat of their fire or the magic of their blood. But, hey, Team Stark-garyen has a few dragons lying around who might be able to light up a forge for Gendry. And if it’s ancient Eastern magic he needs, well, Melisandre or Thoros could possibly help him out there. It all seems a little bit of a stretch, but I don’t think it’s an exaggeration to say that Gendry is the show’s best hope for someone resurrecting the lost art of Valyrian steel smithing.

Of course, Gendry could have been brought back just to please cranky fans and to do cool things with his war hammer. But with the Game of Thrones endgame fast approaching, showrunners David Benioff and Dan Weiss appear to be laying the groundwork for the final push. It makes sense that Gendry would play a crucial role in that effort before meeting up with Arya and living happily ever after (a fan can dream). 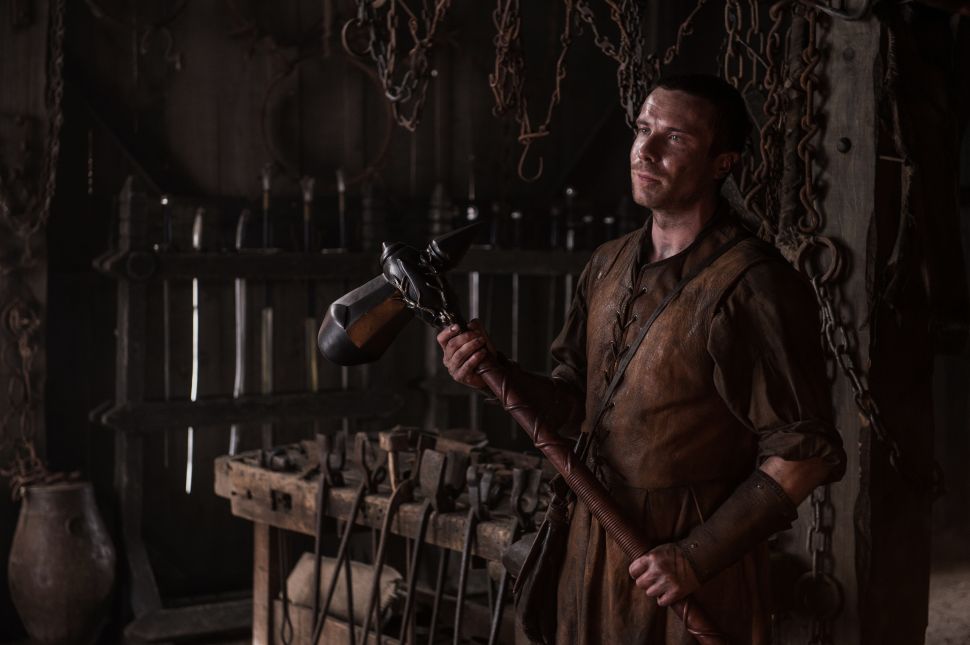