George and Amal Clooney were most recently in the news when they protected their infant twins’ privacy by suing the French tabloid that illegally published their photos. Now, the couple is making headlines again, this time with their philanthropic efforts—the Clooneys are sending 3,000 Syrian refugees to school.

The lawyer and her movie star husband are partnering with UNICEF to help children attend school in Lebanon, where Amal was born. Their foundation, The Clooney Foundation for Justice, partnered with Google and HP Inc. to enroll thousands of refugees in seven different schools. The $2.25 million partnership will also offer technological tools to help the students.

“Thousands of young Syrian refugees are at risk—the risk of never being a productive part of society. Formal education can help change that. That’s our goal with this initiative. We don’t want to lose an entire generation because they had the bad luck of being born in the wrong place at the wrong time,” George and Amal Clooney said in their official statement. Indeed, 200,000 Syrian refugee children in Lebanon are not attending school, as they’ve been displaced and don’t have the opportunity to receive a formal education.

The Clooney Foundation for Justice was established by the couple at the end of 2016, working towards “advancing justice in courtrooms, communities and classrooms around the world.”

This isn’t the couples first philanthropic endeavor, but it is their largest one to date. Previously, the Clooneys raised money for Paul Newman’s Serious Fun Children’s Network of summer camps and sponsored fundraisers for Hillary Clinton. 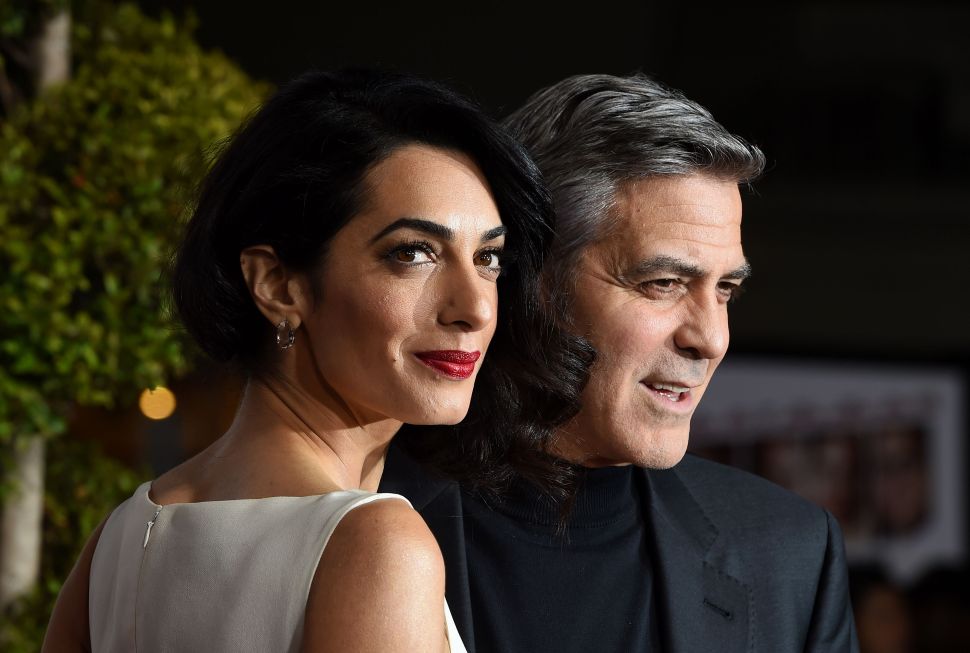