Despite the fiery backlash to the Star Wars prequels (don’t you dare mention midi-chlorians), creator George Lucas is still generally beloved for thinking up that wonderful galaxy far, far away. But today, he has little to do with the franchise and its still-growing presence in pop culture. The Star Wars patriarch sold Lucasfilm to Disney (for $4 billion) back in 2012 and now studio president Kathleen Kennedy is calling the shots. Kennedy admits that Lucas still offers advice from time to time and that the transition from active creator to bystander hasn’t been the easiest.

“I think he’s starting to settle into this and just be a fan,” she told EW. “It’s taken a while. It’s hard to let go, after 40 years. That’s a lot of expectation and things he thought a lot about. Suddenly that next generation, that whole thematic idea he came up with, is in process.”

In the initial press release announcing Disney’s acquisition of Lucasfilm and the the studio’s plans for a new trilogy, Lucas was named a creative consultant and it was suggested that his ideas would lay the groundwork for the new films. That didn’t turn out to be the case as the creative team ultimately chose to go in a different direction. Lucas wasn’t overly thrilled with the final product that was Star Wars: The Force Awakens.

“They looked at the stories, and they said, ‘We want to make something for the fans’….They decided they didn’t want to use those stories, they decided they were going to do their own thing,” Lucas said in a 2015 interview with Charlie Rose. “They weren’t that keen to have me involved anyway — but if I get in there, I’m just going to cause trouble, because they’re not going to do what I want them to do. And I don’t have the control to do that anymore, and all I would do is muck everything up. And so I said, ‘Okay, I will go my way, and I’ll let them go their way.’”

It’s understandable why Lucas might not be in love with any Star Wars product he didn’t personally have a hand in. This was his baby, after all. But Disney was right to go their own way. Lucas has always been a great idea man who struggles with with the finer details of script writing and direction. It’s not a coincidence that he only received a story credit (not a screenplay credit) on The Empire Strikes Back, largely considered the greatest Star Wars film of all.

Still, he’ll always be the Jedi Master of this world and he deserves fans’ adoration. Hopefully, he’ll give his stamp of approval for Rian Johnson’s Star Wars: The Last Jedi. 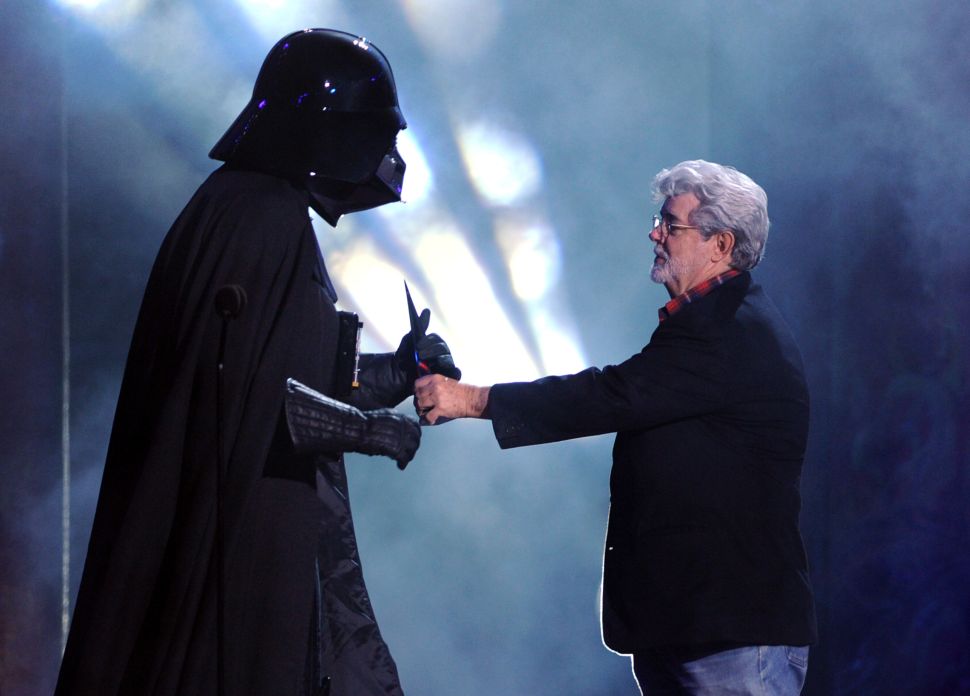