Regardless of what you think of the long wait in between Game of Thrones books, it’s clear that author George R.R. Martin is one talented writer. As the modern day J.R.R. Tolkien, he has become one of the most popular storytellers in the world. Given his massive success, you would think that he was earmarked for greatness at a young age. Unfortunately, some were unable to see what was right in front of them during his path to the top.

Before A Song of Ice and Fire/Game of Thrones became the international sensations that they are, Martin made a living writing for TV. Hilariously, Star Trek: The Next Generation passed on the chance to hire Martin before he hit it big and the story behind it may have you shaking your head.

“I had an interview with Star Trek: The Next Generation for a possible job as a staff writer,” Martin said (per Trek Movie) at a workshop for UC San Diego’s Arthur C. Clarke Center for Human Imagination. “I remember coming into the office of this producer—who thankfully did not last long on the show and you can see why when I tell the story. He said, ‘I don’t know who you are, can you tell me your credentials.’ And I said, ‘I am just coming off Twilight Zone where I worked for a while, but before that I wrote novels and short stories. I am primarily a science-fiction writer.’ And he said, ‘Oh really, well Star Trek is not a science-fiction show, it is a people show.’ I was fooled by the photon torpedoes and starships. I was misled. Needless to say I did not get that job.”

The Next Generation was no doubt built around the interpersonal relationships of its main characters and the social commentary each episode provided. But to say it wasn’t a sci-fi show is like saying the Joker and Harley Quinn movie is a love story. Doesn’t make any sense. There’s no shame in science-fiction serving as the foundation for your series as Picard, Data, La Forge and Riker know all too well.

But we should be thankful of this short-sighted The Next Generation producer. Had he hired Martin, the author may never have had time to publish A Game of Thrones in 1991 and then what would we all be obsessing over on Sunday nights? 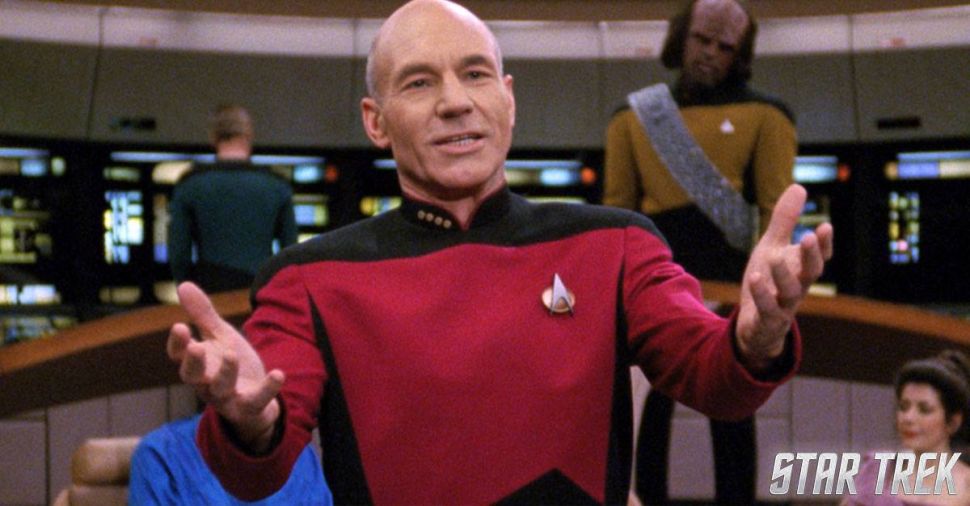