Rarely does one conclude that a boring election is interesting, unless you consider what might have happened if the election had been held a little earlier. A change in fortunes for Germany’s leader, followed by stumbles from her rivals, have made Chancellor Merkel’s dull reelection the most surprising ballot box battle of 2017.

Only a few months ago, this German contest was looking like one for the ages, an election that would redefine the country’s politics. Longtime German Chancellor Angela Merkel, who often goes by the moniker “Mutti” or “Mummy,” resembled the “Old Woman Who Lived In The Shoe” from nursery rhymes. Instead of children, she had so many problems she didn’t seem to know what to do. Pundits who cover German politics were writing her political epitaph.

Here’s why Merkel was struggling. First of all, there were the troubles associated with the European Union, an institution she tied her fortunes to. Between Greece going bankrupt and Brexit, she seemed weighed down by the problems of other countries.

Second, there were the refugees. Nearly a million poured over her country’s borders as a result of the Syrian civil war, as well as other troubles in the Middle East and North Africa. When terrorists struck near Christmas in Berlin, critics sharpened their criticism of the German chancellor. A far-right party emerged with refugees as its number one issue and peeled away some of Merkel’s more conservative Christian Democrats.

Third, there’s Russia to contend with. Reportedly, Vladimir Putin learned Merkel was uncomfortable around dogs, so he brought one to a meeting with her. It goes back to Merkel’s decision to lead other countries in sanctioning Russia over their annexation of Crimea and aiding Ukraine rebels. Getting on Putin’s bad side can be a dangerous thing.

Other Parties Fail to Capitalize

Despite the daunting challenges, Merkel has maintained order. Her no-nonsense approach has provided Germans with feelings of stability. Additionally, her rivals have failed to capitalize on and exploit her problems.

Her main rivals, the left leaning Social Democrats, nominated a European Parliament leader, Martin Schulz. Though clearly qualified for the job, such a pick took away the issue of troubles with the European Union. After a burst of excitement over Schulz’s selection, the SPD had returned to its electoral doldrums, 10 to 15 percentage points behind Merkel’s Christian Democrats, as their economic fairness and justice arguments fall flat.

The Green Party seems to have mysteriously lost half of its support over the last four years and will be lucky to clear the five percent threshold necessary to be seated in the German legislature, the Bundestag. Perhaps the old East German Socialists, the Party of the Left (Die Linke), is partially responsible, as they have leapfrogged the Greens, thanks to concentrated voting blocs. After falling out of parliament, the libertarian leaning Free Democrats (FDP) are poised to return to the Bundestag with new charismatic leadership of Christian Linder and adding education as an issue.

When Merkel was struggling, many expected AfD, or “Alternative for Germany” to replicate the success of the “Alt-Right” LePens of France, who made it to the final round in French elections this year. But the party was undermined by in-fighting and extremism which conjured up images of a darker history in Germany. The party may win seats in the Bundestag, but just barely.

Germany has an interesting voting system. You cast a ballot for a district representative and a second one for a party, combining the single-member district (similar to the U.S. House of Representatives) with “proportional representation,” where vote share translates to seat share.

Electoral systems with a single-member district benefit rural regions, and that’s the source of the Christian Democrat base, which has dominated postwar politics, with a few exceptions. The Social Democrats could make it up in the party list, but they have four other minority parties to share the opposition vote to the CDU. In the past, parties that didn’t make the 5 percent threshold would see their votes go to bigger parties, but there could be as many as six parties in the Bundestag, diluting CDU opposition shares. And uniting libertarians, leftists and neo-Nazis in one coalition would be like herding katzes, or cats.

Moms Are The Best…In German Elections Too

There’s still a chance for some fireworks. A major terror attack could paralyze the country and an upset Putin could attempt to hack the election or electronically disrupt it by releasing damaging information swiped online. But barring a major cataclysm, Mother’s Day in Germany will be celebrated in late September this year, instead of its usual May appearance. 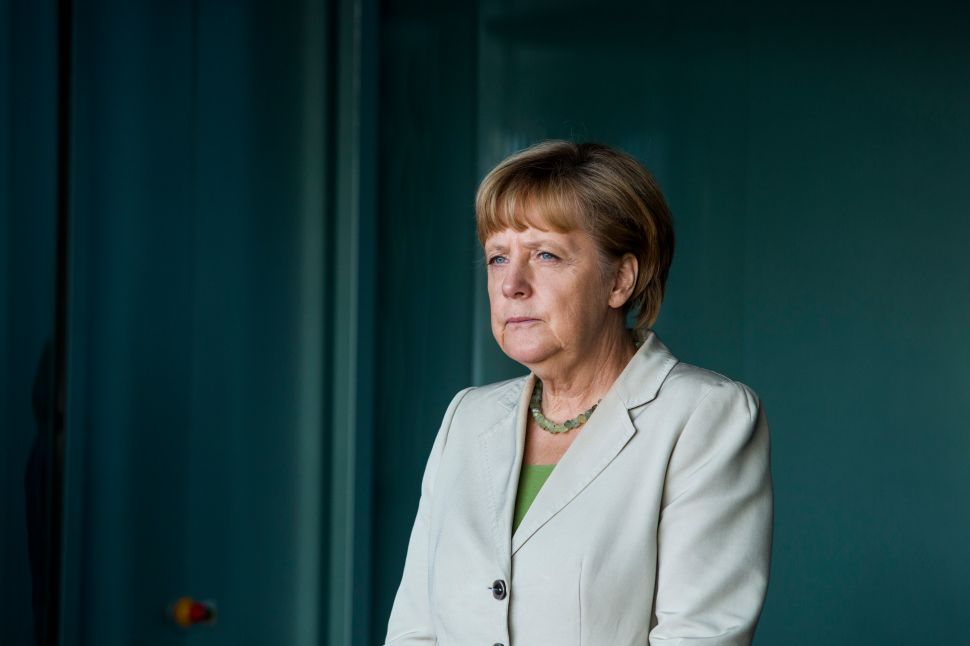