Walmart’s attempts to paint itself as a rival to Amazon haven’t been very successful thus far—the world’s biggest physical retailer still has only half of Amazon’s market cap. But thanks to a new partnership, Walmart now has a powerful ally in the battle against Jeff Bezos’ behemoth.

Google and Walmart announced today that they are teaming up to offer Walmart products on Google Express, the company’s online shopping mall and Amazon Prime competitor. This is the first time Walmart has offered its items online anywhere other than its own website.

While this service will be available on the Google Express website and app, the two tech titans are mainly focused on another innovation: voice-based shopping.

Starting in late September, Walmart customers will be able to reorder items they’ve purchased in the past using the Google Home voice-controlled speaker. They can also shop using the artificially intelligent Google Assistant software found in Android phones.

Google will integrate Walmart’s “Easy Reorder” feature into its devices, which will allow consumers to shop for Walmart products just by speaking and help Google devices to learn shopping behaviors so they can predict what customers want in the future. For example, if a user says “OK Google, I need salad dressing,” Google Home will know they specifically want Hidden Valley Ranch.

Over 20 percent of searches were made using voice commands in 2016—some analysts predict voice assistants could become a $10 billion business by 2020. But despite significant investments in natural language processing and artificial intelligence, Google Home has struggled in this area—its main rival Amazon Alexa makes up 72 percent of the voice assistant market. The company hopes the Walmart partnership changes that.

“We’re thrilled to partner with one of the most popular stores in America to help make your shopping faster and easier,” Sridhar Ramaswamy, Google’s senior vice president of advertising and commerce, said in a statement.

“This will enable us to deliver highly personalized shopping recommendations based on customers’ previous purchases,” Marc Lore, president and CEO of Walmart’s U.S. e-commerce, added.

This represents Walmart’s latest foray into the e-commerce space. Earlier this year the retailer began offering free two-day shipping on online orders, and it also allows customers to order items online and pick them up in store at a discount. And at some stores, employees deliver customers’ online orders on their way home from work.

The company has also made some notable acquisitions, including millennial online clothing boutiques Jet, Modcloth and Bonobos. These buys are paying dividends so far—online sales were up 60 percent in Walmart’s second quarter earnings.

Google also benefits from the partnership because while retailers like Target and Costco use Google Express, the company still isn’t a big player in online shopping. That’s why, in another dig at Amazon, Google Express also announced today that it’s ditching its $95 annual membership fee—Amazon Prime costs $99 a year. The service will also offer free delivery in one to three days on products from all retailers.

Walmart and Google plan to roll out more voice shopping innovations in the next year, including the ability to buy groceries via voice and then have them delivered or pick them up at one of Walmart’s 4,690 U.S. stores.

Lore told TechCrunch that Walmart has no plans to work with Amazon, though his statement did reference the site in oblique terms.

“We know this means being compared side by side with other retailers, and we think that’s the way it should be,” he said. “An open and transparent shopping universe is good for customers.”

Walmart definitely has some catching up to do—its website sells 67 million items, while Amazon offers hundreds of millions more. And it only gets about half of Amazon’s web traffic. But there’s no doubt this big box store is making waves in its fight against the “Everything Store.” 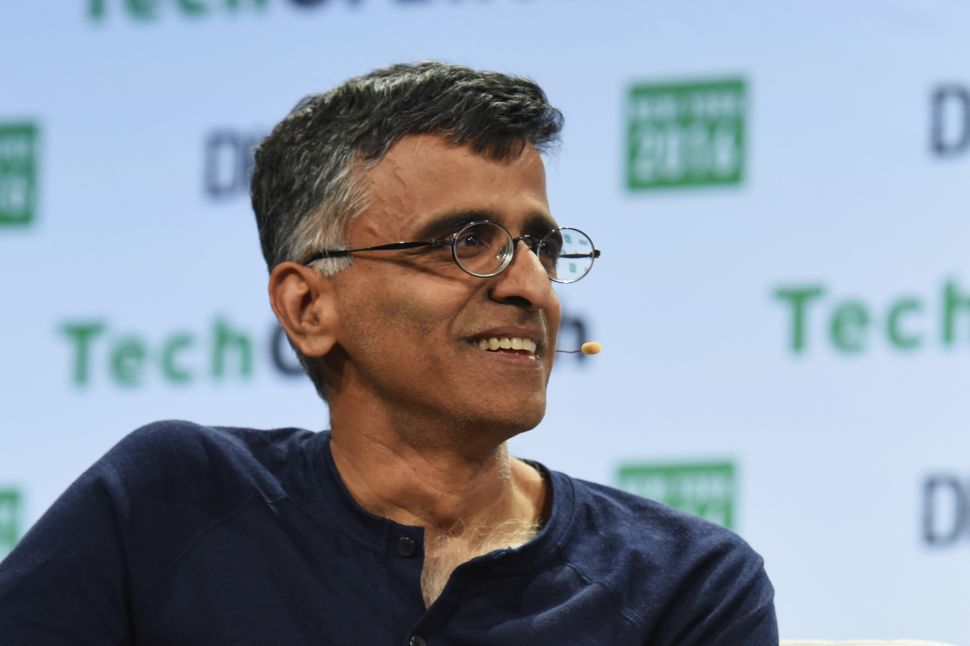