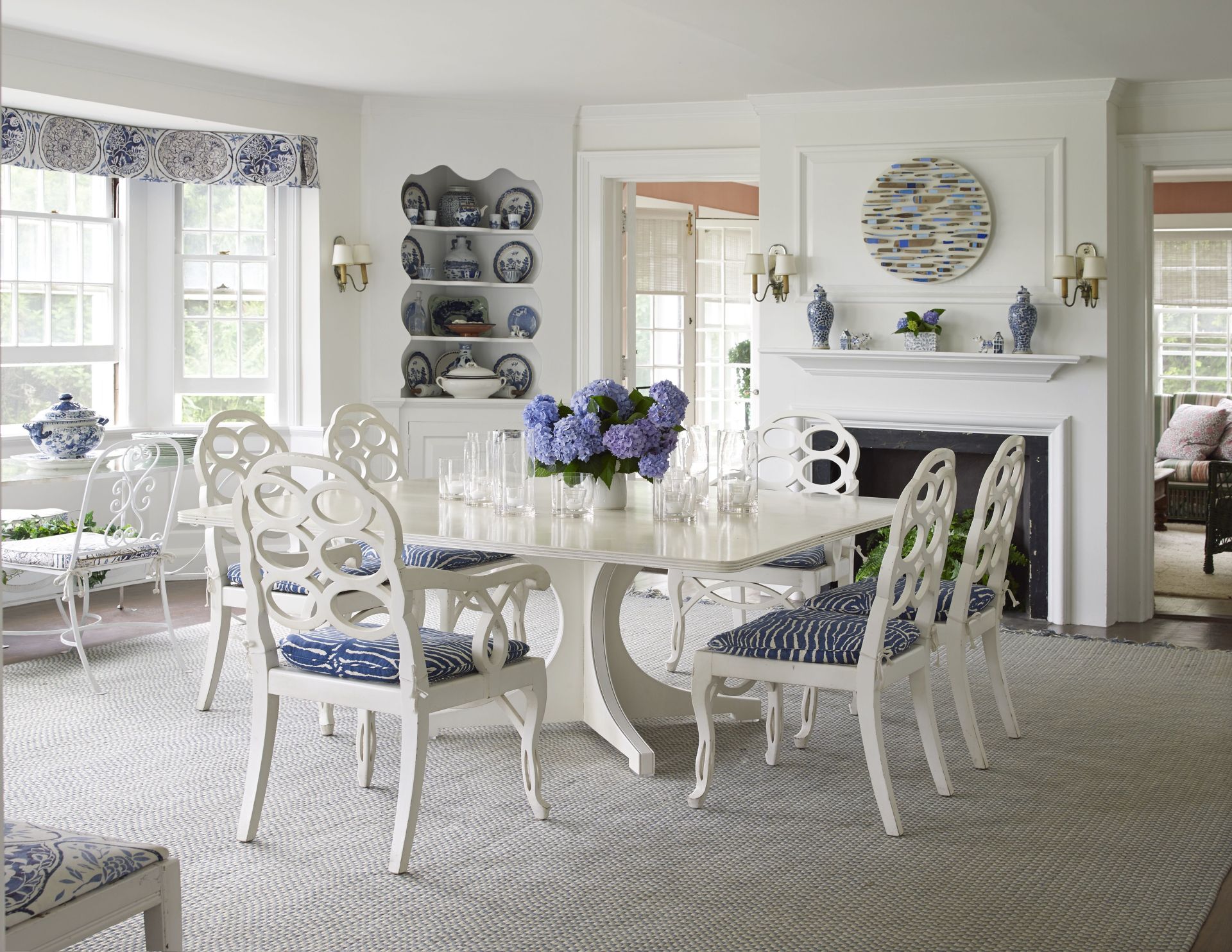 Interior designer Tom Scheerer's East Hampton home was passed down for generations, purchased by his grandfather in 1945. Though it has been updated as needed, the home remains largely unchanged.
Tria Giovan 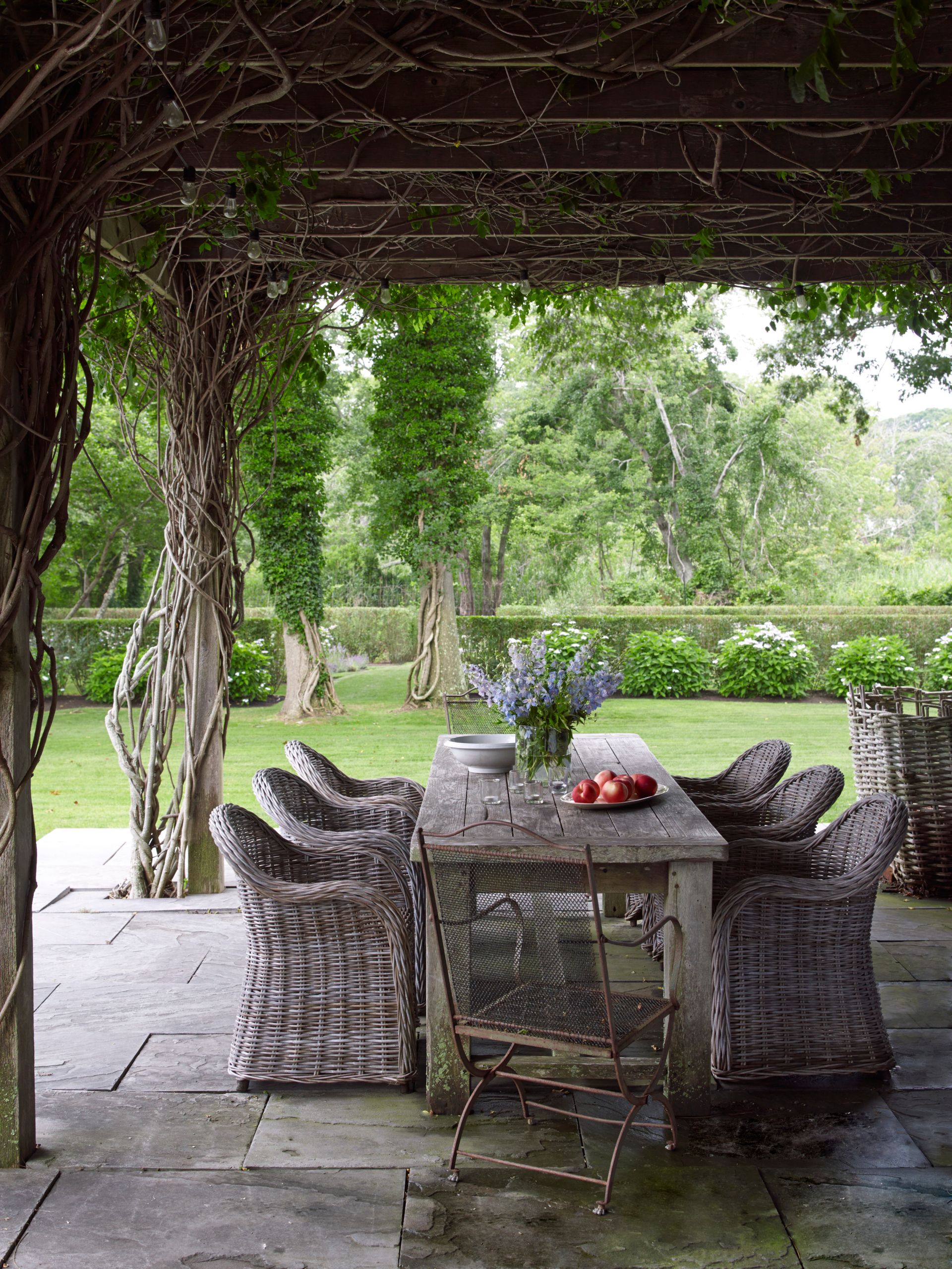 Enveloped in white wisteria flowers, the pergola that sits alongside the North Sea farmhouse of Mona Nerenberg and Lisa Bynon fits in with the white design theme of the entire residence.
Tria Giovan 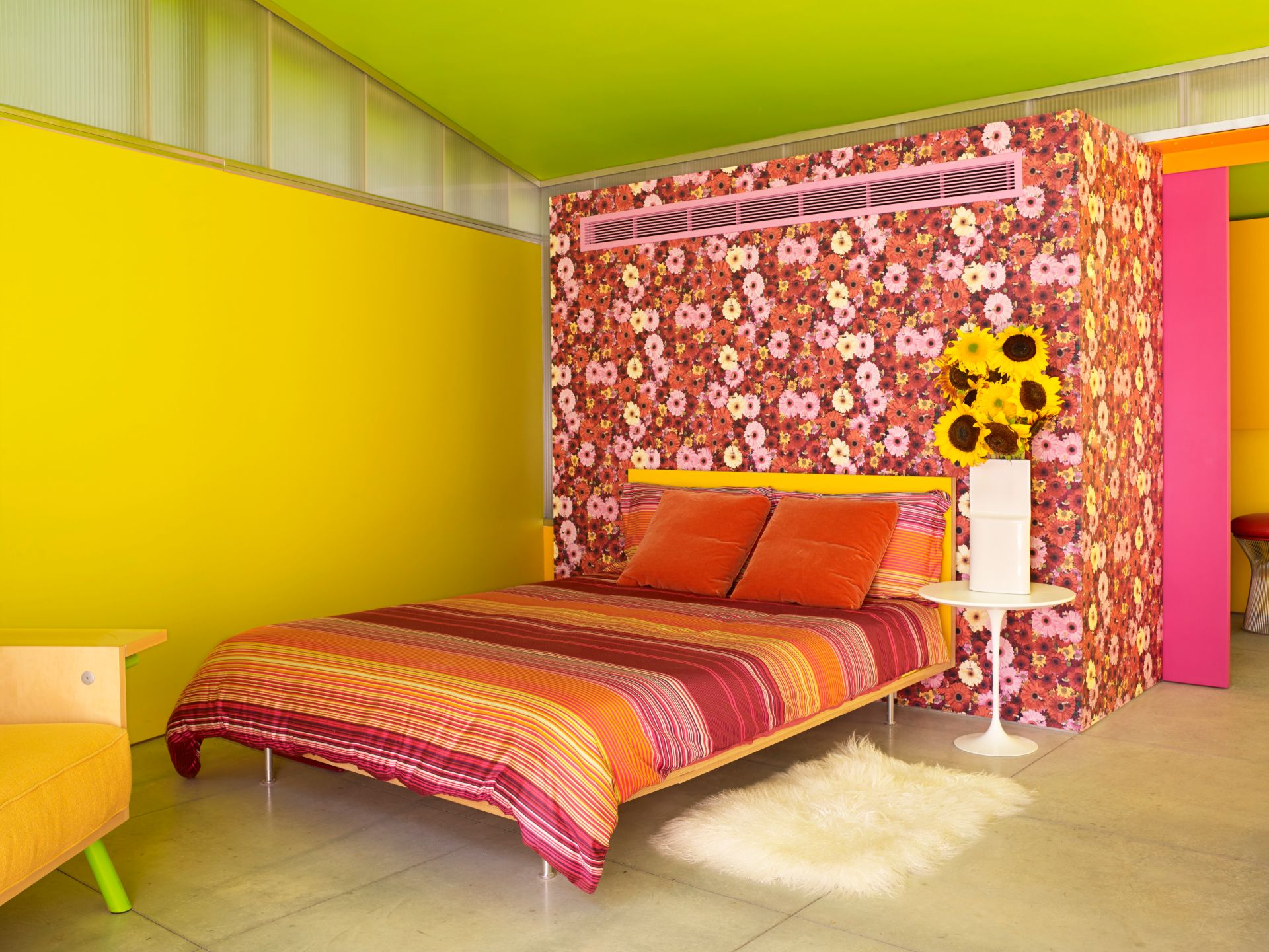 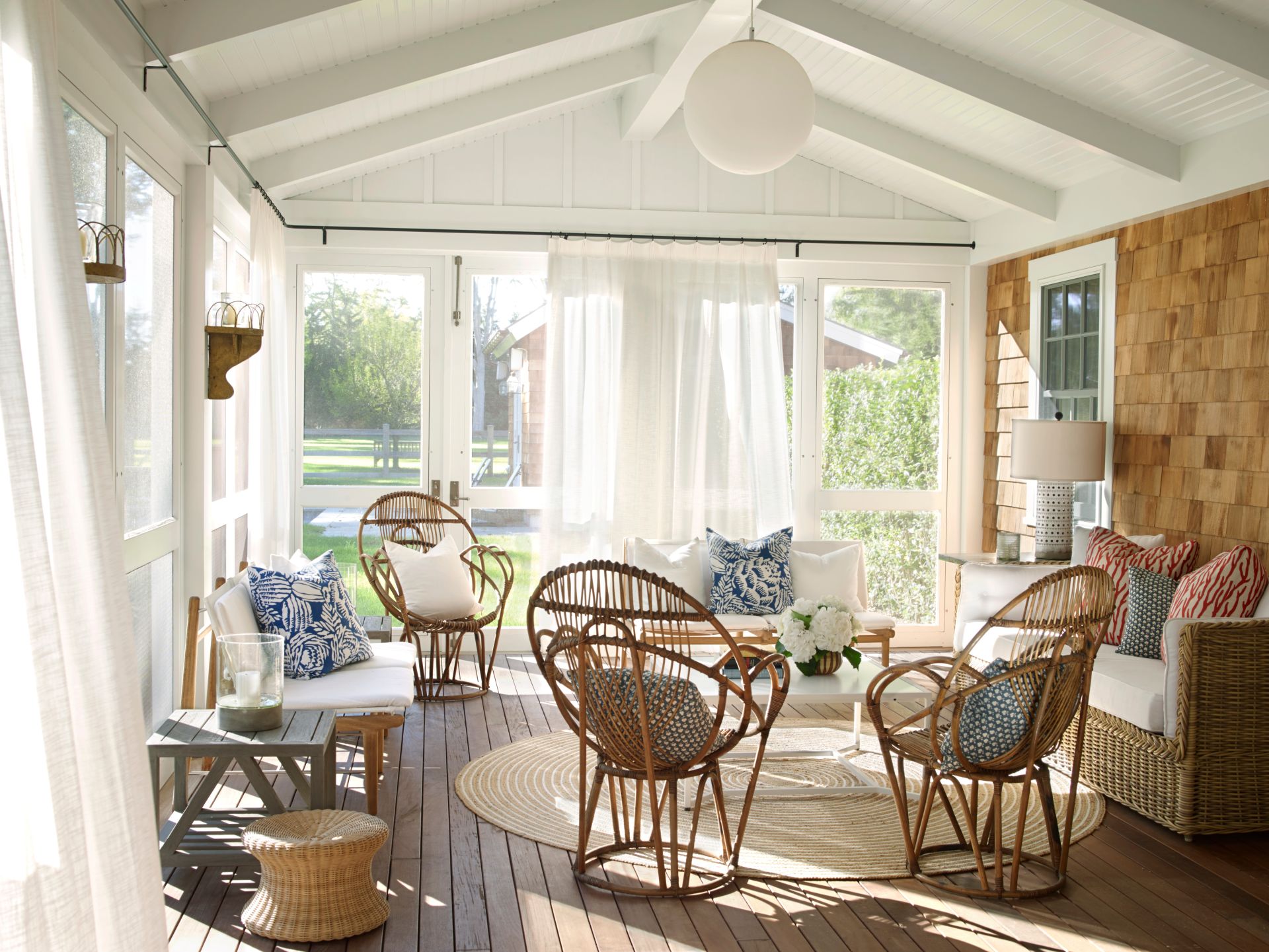 This South Fork estate was Designed by Robert A.M. Stern and David Netto. As Netto told author Jennifer Ash Rudick, "it's everything life on the South Fork is supposed to be about."
Tria Giovan
Advertisement 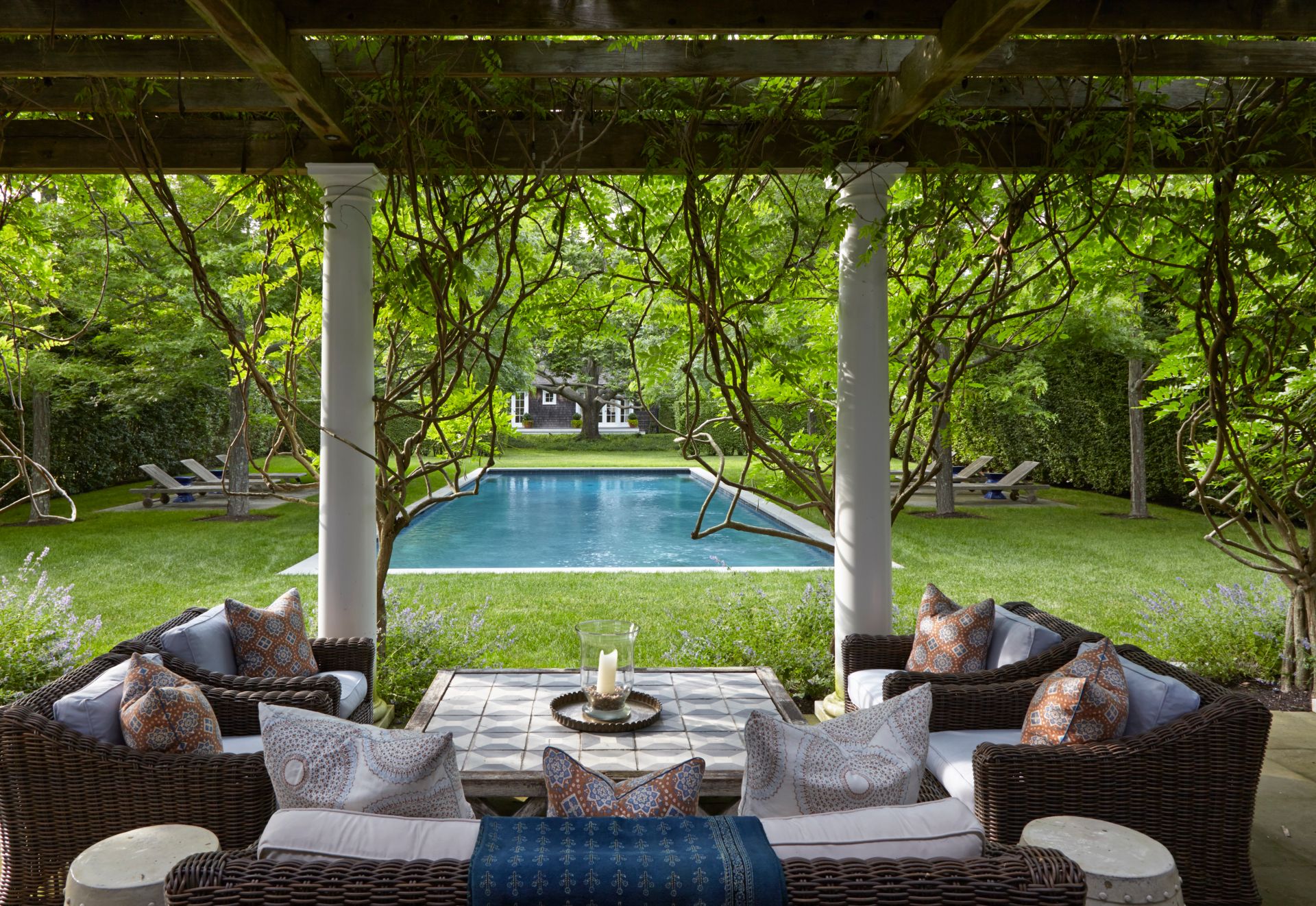 Trey Laird, known for his work with brands from Tommy Hilfiger to DKNY, and his wife Jenny transformed the cornfield at the edge of their property into an "outdoor living room" with pool and pavilion.
Tria Giovan 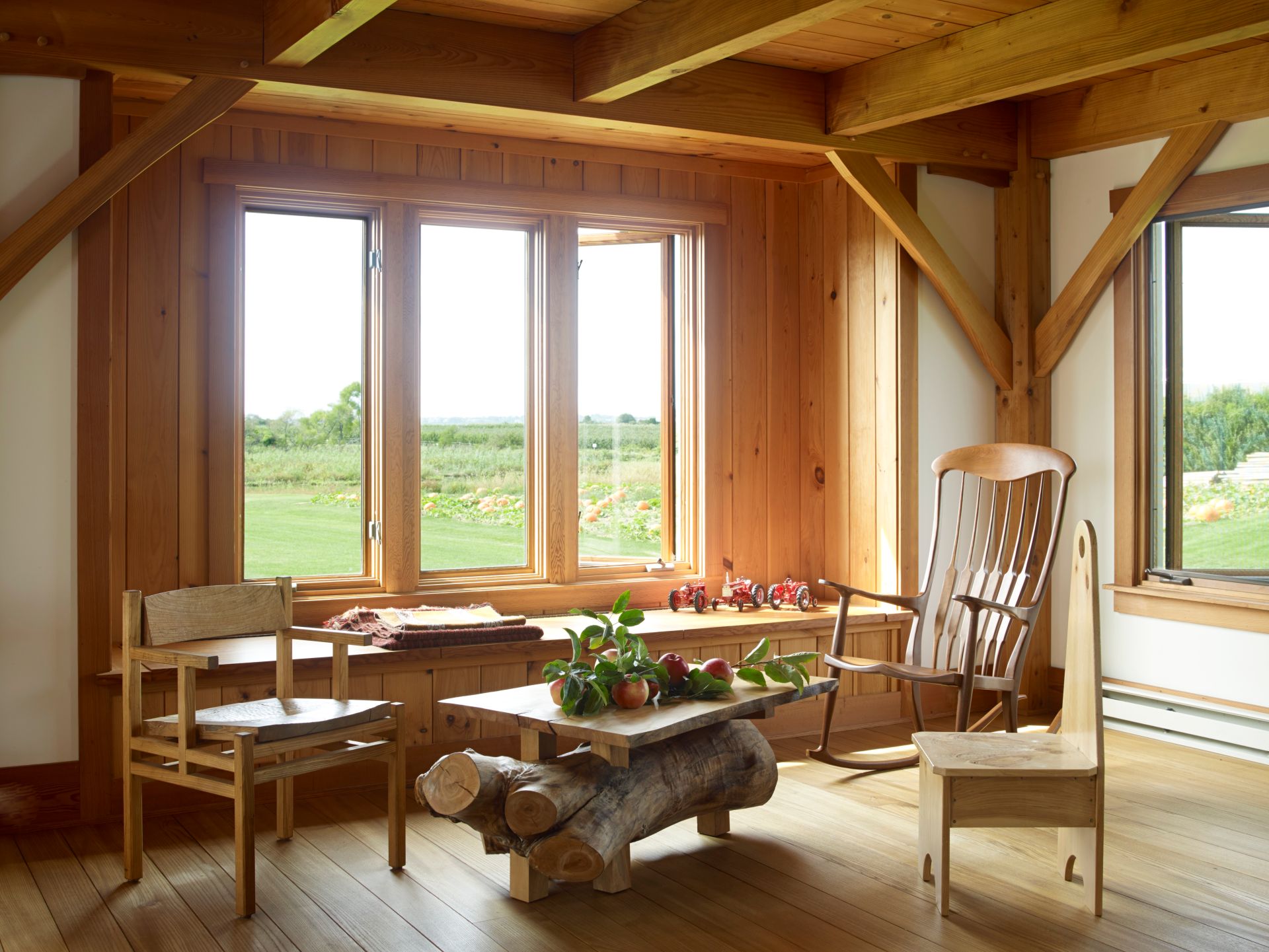 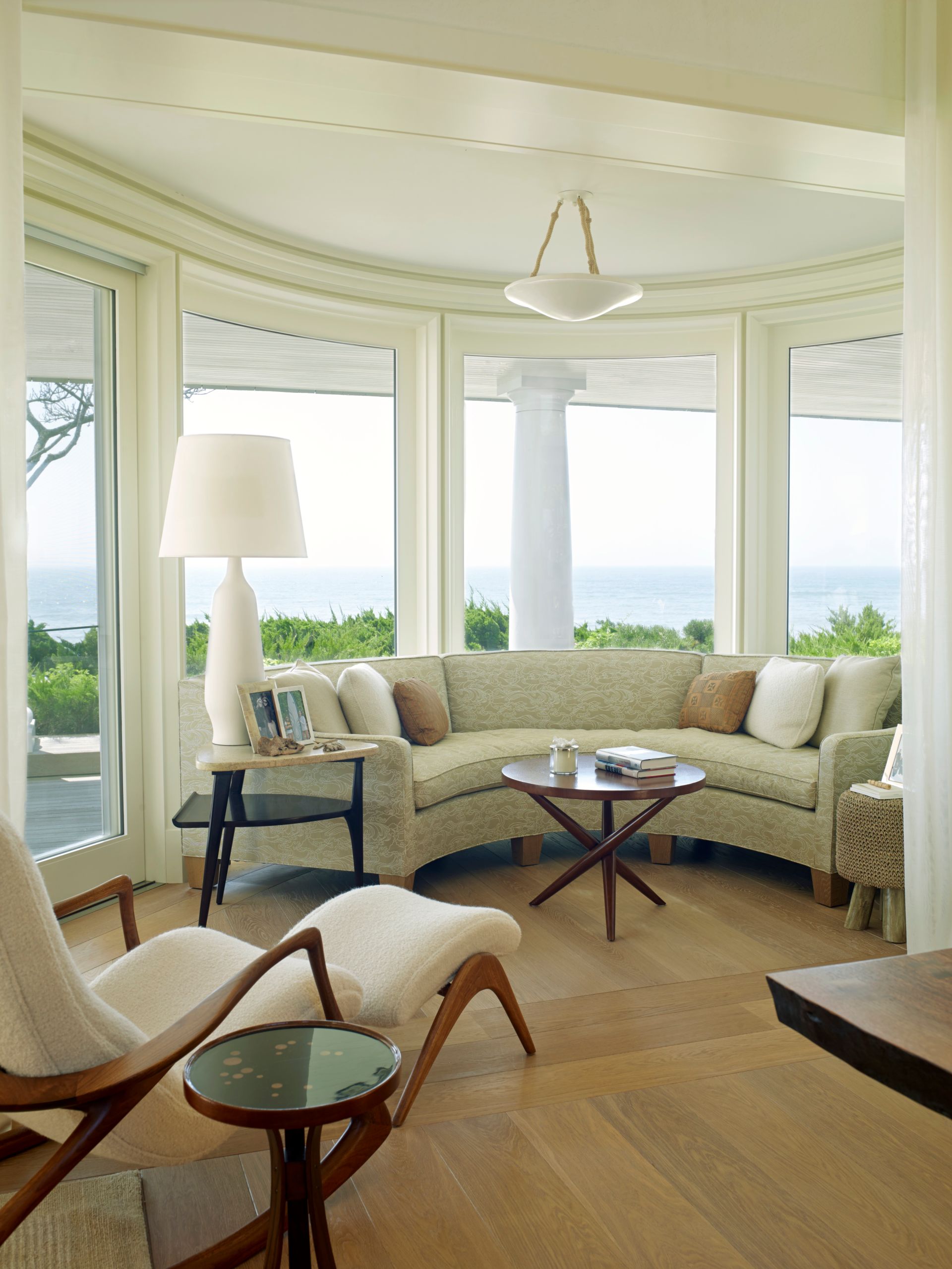 Broadway producer Daryl Roth and her husband Steven enlisted the help of architect Thierry Despont when it came to renovating their Montauk home.
Tria Giovan
Advertisement 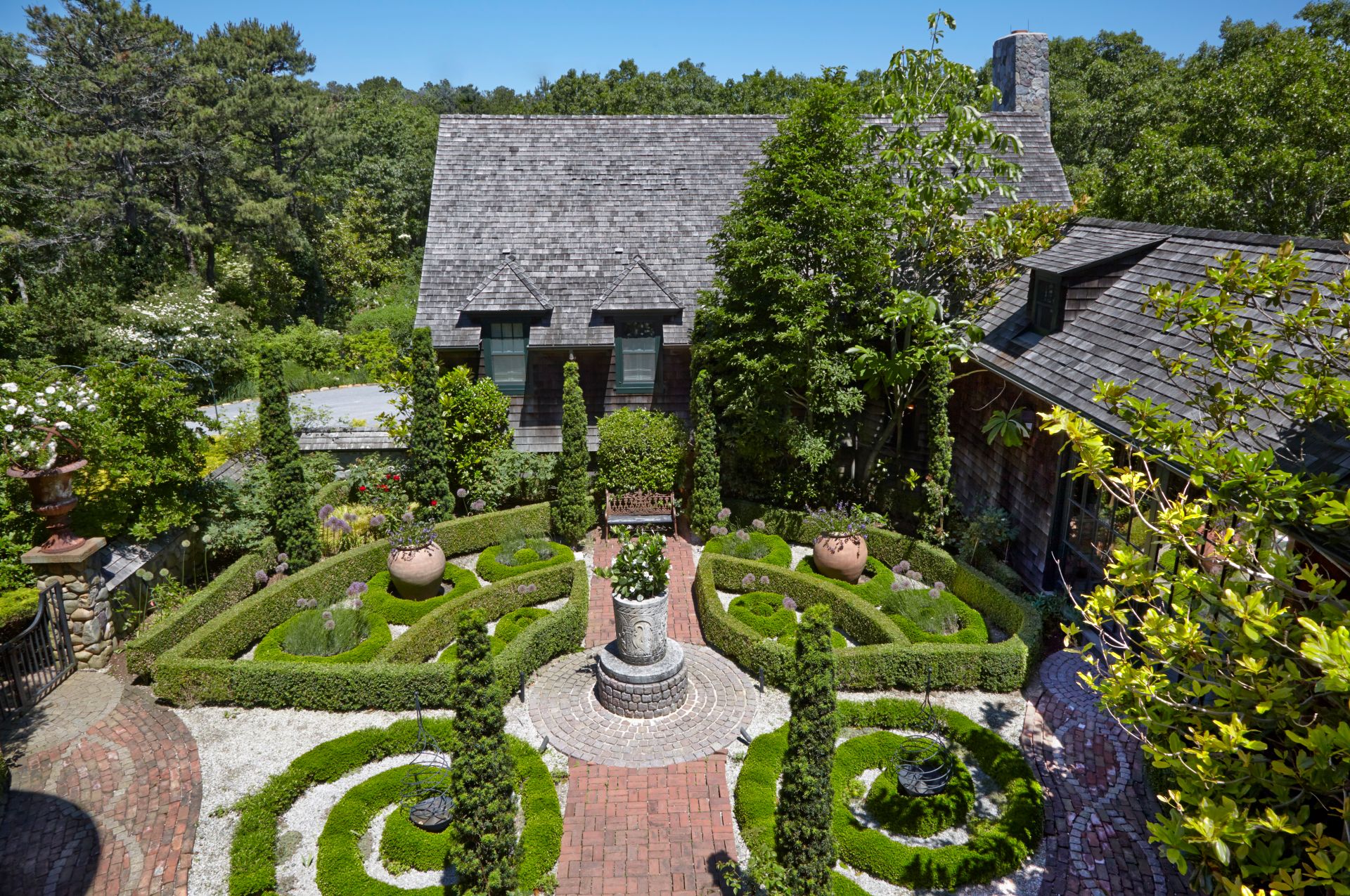 The enclosed garden that leads to Ala and Ralph Isham's home was designed by Bob Dash, late artist and garden designer. As described by Alla Ishham to the author, "Watching this garden come together was like hearing a great symphony come to fruition."
Tria Giovan 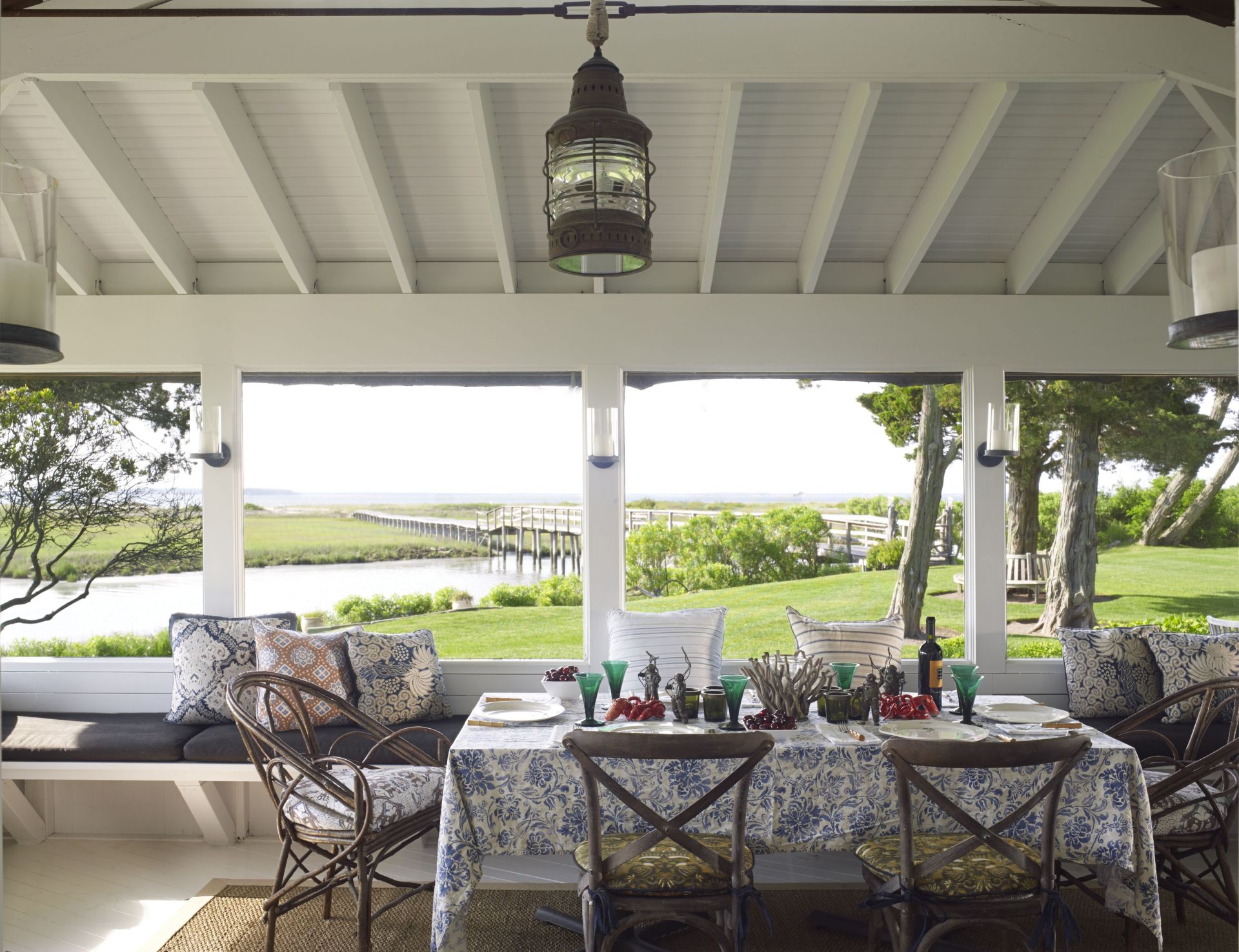 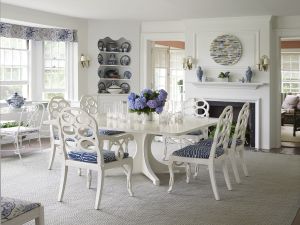 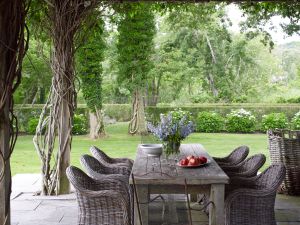 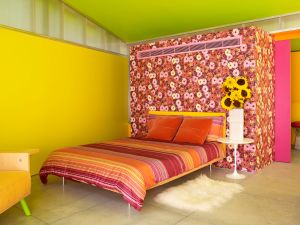 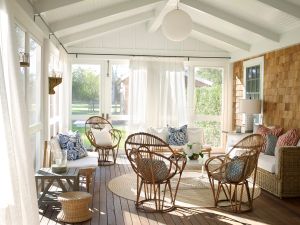 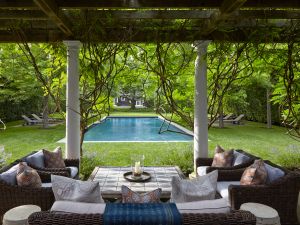 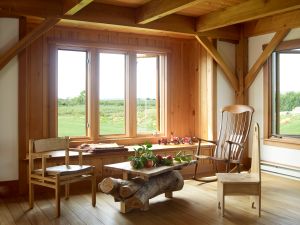 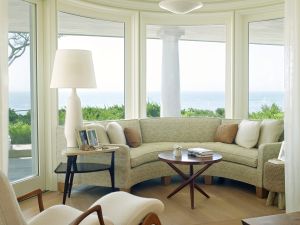 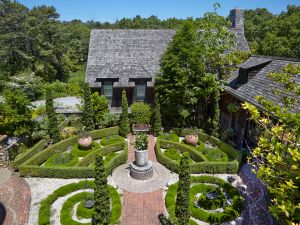 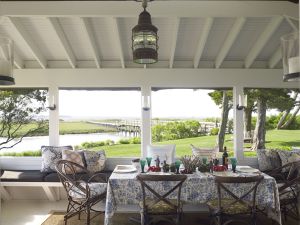 There’s no doubt that the Hamptons is one of the hottest go-to summer vacation spots. When warm weather rolls around, socialites, celebrities and the who’s-who of New York City head to the Eastern End of Long Island for beach days and rosé dinner party nights. Though the signature architecture of the summer destination might bring to mind traditional shingled houses, there’s a wealth of vastly decorated estates.

In her new book Out East: Homes and Gardens of the Hamptons, author (and Southampton resident herself) Jennifer Ash Rudick and photographer Tria Giovan take readers inside some of the private houses along New York’s most irresistible shore. Observer spoke with the author about the book and her experience creating it.

What inspired you to take a deeper look at the homes and gardens of Long Island’s East End?

There is so much to discover about the East End, including bays, beaches, farms, gardens, museums, restaurants and shops. But to go a layer deeper, pulling back the curtain on how people live is one of the best ways to gain insight into the social patterns of a place. Houses are autobiographical, so what better way to explore the East End on another level than to tell the stories of a cross section of houses?

The images in this book feel like they were taken in a foreign country or faraway locale, despite being less than 100 miles from New York City. What do you think it is that makes this area feel so removed from the city?

The photographer, Tria Giovan, could make a plastic trash bag attractive—her shots have an otherworldly feel. We also try to choose houses that are transportive and her pictures did communicate that.

Some of the homes in the book seem to be richer in culture and history, while others revel in style and design. How did you decide upon each dwelling?

We really wanted the selection of houses to be as diverse as the area. Farmers, fishermen, artists, interior designers, architects, chefs, writers, you name it, they all live out here and many have been living here since the turn of the century, others just arrived. We wanted to reflect that mix in the community.

What were your favorite homes to photograph?

Of course our cover-girl, Woody House, is the whole package. Ocean front, bay front, beautiful interiors and gardens, fantastic history and gracious owners. The Port of Missing Men is such a wonderful surprise as it’s a hunting lodge on 500 acres, designed by John Russel Pope, that until recently also operated as a dairy farm, only miles from downtown Southampton. “Apple” John Halsey’s house was built from a kit—it’s so simple and sits on 40 acres that run down the ocean. This list could get long; I have a special affinity for every house in the book.

What did you learn about the Hamptons while creating this book?

It really confirmed what I realized from the moment I first visited—it’s like no place in the world. It’s impossibly beautiful. The people who live here are not only passionate about their own spaces, but also about their community. That was, and continues to be, really heartening.