It sometimes seems impossible to tear yourself away from the 24-hour news cycle, even for normal daily tasks like eating, drinking , brushing your teeth or taking medication.

But a new app that’s currently fundraising on Kickstarter plans to help people do just that—and it was developed by someone who has personally experienced the the tole that news can take on personal wellness and self-care.

Amber Discko came up with the idea for Aloe while working as a digital strategist for Hillary Clinton’s presidential campaign. Discko, who also founded the blog Femsplain, was involved in rallying hundreds of thousands of supporters on social media (especially Twitter). She felt bad taking breaks from her work, so she started skipping meals.

Discko told the Observer, “I felt an intense emotional pressure to keep working and push the conversation further.” Like 350 million people around the world, Discko has experienced bouts of depression, and her time on the campaign was a challenge to her stability. “My mental and emotional health seemed to fall apart.”

She wasn’t alone—Google searches for “self-care” hit a five-year high immediately following the election. And Discko also noticed people posting reminders on social media like “Stay hydrated” and “Don’t forget to take a break from Twitter.”

These prompts worked for her, and she thought they might work for others. So in January she created an online survey called the “Aloe Check-in,” which listed all the self-care tips she had been neglecting. She offered it up free to the public, and thousands of people filled it out—mostly on smartphones. That led Discko to think Aloe could be an app.

“Now, more than ever, people are busy and stressed out,” she said. “The sooner everyone can admit that they need a little bit of help remembering smaller tasks, the easier more challenging ones can also become.”

Aloe, which is being developed by the New York software studio Lickability, is an iOS app which helps users with self-care through gentle reminders about daily tasks like eating and taking medicine. Aloe also supports the emotional well-being of its users by making sure they take breaks from work, get better sleep and text their friends. It even asks questions like “How was your day?” and “What’s one thing you’ll do for yourself tomorrow?” Users can choose the reminders that work best for them.

The app’s name was actually inspired by Discko’s mother, who would tell her daughter to put aloe on her skin to soothe the burns she got from playing outside too long. This childhood wisdom, along with the aloe vera plant’s penchant for “growing constantly and being able to start fresh,” appealed to Discko.

Aloe’s Kickstarter, which launched earlier this month and runs through August 31, is asking for $40,000 to help with app development—it’s raised almost $20,000 so far. Discko has experience with the crowdfunding platform—she used it to fund Femsplain in 2015.

“I’m a huge believer in the power of community, and how it can build a good product if you let it,” Discko said. “I also think it was a great way to strengthen the community we already have and let people who supported us since the beginning really be a part of the future of this app.”

The Kickstarter pitch makes clear that while Aloe doesn’t replace mental health care, it can help fill in gaps when needed—especially for underserved groups like those who identify as LGBTQ, the disabled and people of color.

One aspect of Aloe that could appeal to journalists is its goal to help people take a break from the internet.

“We can all agree that this news cycle isn’t easy on people’s mental health,” Discko said.

Not everyone is on the self-care train, however—since launching the Kickstarter, Discko has gotten Twitter messages asking “Who forgets to eat?” and “Who in tf ever forgets to brush?” In response, Discko wrote a post on Femsplain outlining her experience with depression and how it feeds into her work on Aloe.

“When some people think about self-care they believe it means just using face masks or bath bombs, but ultimately it’s just doing things that are good for you,” Discko said. “By bringing Aloe to life, people are saying that they don’t believe this ‘self-care is lazy’ mentality is true.”

As a way of spreading its mission, Aloe has declared Monday, August 21 “Internet Self-Care Day.” The app will host a special livestream on its Kickstarter page to help people learn about, celebrate and participate in self-care, using the hashtag #ISCD17.

Discko wants activities like this one, along with the app and web survey, to make Aloe “accessible for everyone.”

“All that matters to me is that it works for you,” she said. 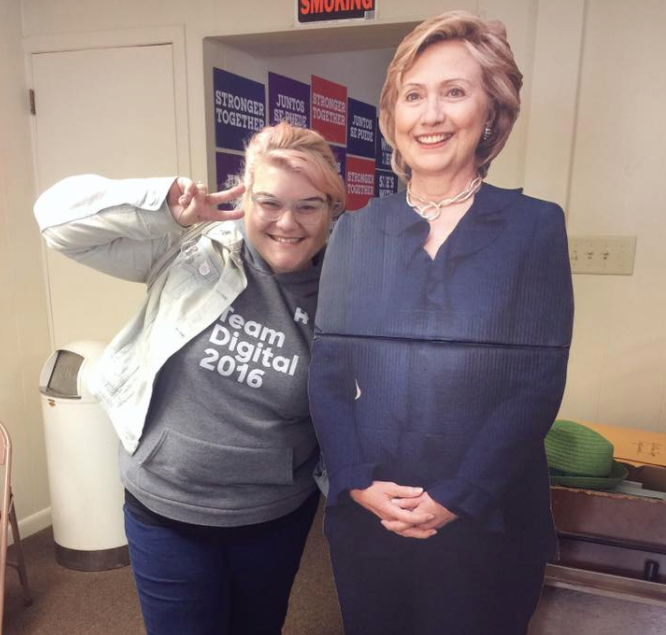