In theory, today’s solar eclipse sounds pretty cool, but in reality, no one has time to be sitting around watching the sky all day. Luckily, we live in the 21st century digital age where anything and everything is just a mouse click away. If you don’t feel like moseying on outside and potentially burning your retinas for life, you can watch a live stream of the Great American Eclipse.

The last solar eclipse that was visible in America occurred 38 years ago and then 61 years before that, so this is kind of a big deal. What happens during one of these bad boys? Well, the moon passes between the Earth and the sun, which blocks out our big ball of fire and all of its light for several minutes. No, it isn’t the end of days, just a naturally occurring phenomenon. No one go all The Leftovers on us, please.

So how can you watch it? The solar eclipse will be broadcast live on YouTube through several channels, such as The Weather Channel, PBS News Hour, ABC News, Discovery’s Science Channel, Telemundo, Univision, Washington Post, TIME, NASA and Exploratorium. Yeah, you got some options.

In terms of scheduling so you can plan your day, the moon will start butting into the sun’s territory shortly after 12 p.m. ET. The full eclipse is expected to occur at 1:21 p.m. and will end roughly around 2:45 p.m, according to the New York Times. Just a friendly reminder: Do not stare directly at the eclipse unless you have special eclipse glasses. Seriously, we don’t need to be making anymore Daredevil’s after Netflix just dropped The Defenders. We’re all set in the blind ninja department. 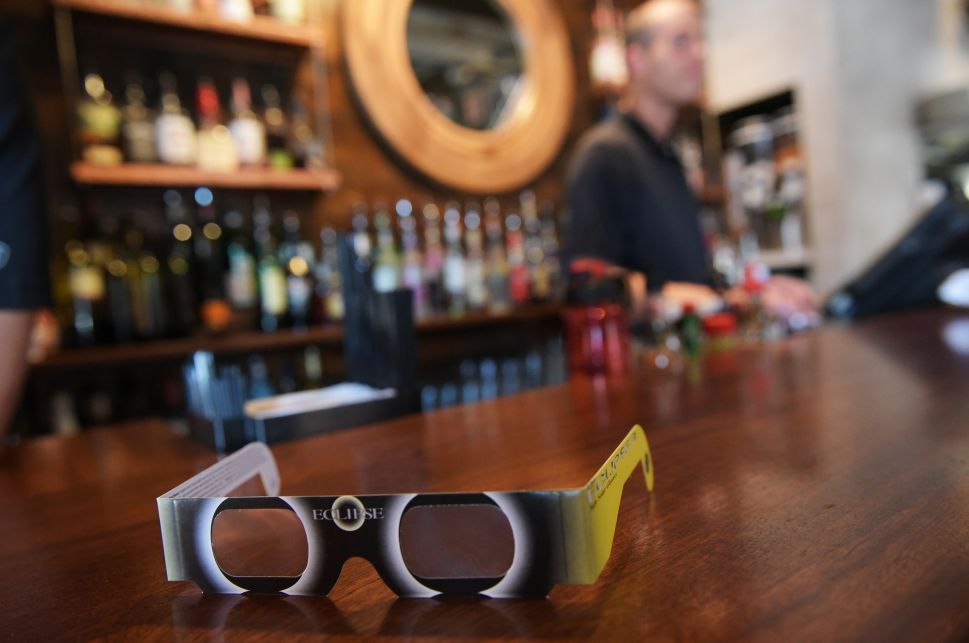