The recent purchase of the Chicago Sun-Times for a nominal US$1 by a consortium of labor-affiliated organizations and individual investors highlights the troubled state of the newspaper industry.

It also raises the question of whether union ownership can bolster the odds that this Windy City daily whose founding dates back to 1929 can survive.

Research conducted by me and others suggests that, perhaps surprisingly, giving unions a financial stake in a company can offer advantages that would not only benefit Chicago Sun-Times employees but the newspaper and the wider community as well.

The state of the industry

Regardless of who owns it, the Chicago Sun-Times operates in an industry wrenched by a tsunami of economic, technological and social change that has rendered the traditional business model of newspapers obsolete.

Just 20 percent of the U.S. population got its news from a print newspaper last year, compared with 27 percent in 2013. Weekday circulation for print dailies dropped to 34.7 million in 2016 – the lowest in at least 77 years – down from 52.3 million a decade earlier. And advertising revenue from both print and digital dailies plunged to $18.3 billion last year from $49.4 billion in 2005.

The Chicago Sun-Times, which has won eight Pulitzer Prizes and was the home of legendary film critic Roger Ebert, itself offered vivid testimony of these hardships when it declared bankruptcy in 2009. This led to steep bargaining concessions by its employees after it was bought by STMG Holdings, the only bidder for the company.

For example, the paper negotiated a 15 percent cut in pay and benefits for newsroom employees who belonged to the NewsGuild union.

These realities highlight the challenges confronting the new Chicago Sun-Times investors, which include the Chicago Federation of Labor (CFL) union, former Chicago Alderman Edwin Eisendrath and several local labor unions. The head of the CFL is expected to be named chairman, while Eisendrath will be the chief executive.

Labor and the media

While labor unions have little experience running major newspapers, they have a long history of engagement with the media, primarily to serve three explicit objectives:

The specific media through which unions have sought to realize these goals have varied. To communicate with members, unions have relied extensively on internal organs, which have morphed beyond print publications to the widespread use of social media.

However, efforts to make their voices heard beyond the rank and file by obtaining or purchasing time in the mainstream media have at times been thwarted by broadcasters, which tended to adopt a pro-business perspective.

In the 1930s and 1940s, for example, the National Association of Broadcasters (NAB) adopted a code of ethics that banned the airing of controversial issues, apart from political advertising; the code also forbade soliciting members. The code was operationalized by broadcasters to ban unions from advertising or buying time because they raised “controversial” issues like strikes and lowering the cost of living.

Unions challenged the NAB code, as administered, before the Federal Communications Commission and received some relief in the mid-1940s, but the media remained business-dominated.

In such an environment, unions resorted to establishing their own media enterprises, especially in radio. The Chicago Federation of Labor (CFL), for example, established WCFL-FM in 1926, a noncommercial radio station that promoted the voice of labor. In 1949, the United Auto Workers and the International Ladies Garment Workers Union established radio stations in Detroit, Cleveland, Chattanooga, Los Angeles and New York City.

Unions have faced several major hurdles in their efforts to reach wider audiences through the direct operation of their own media businesses. A key liability is that labor simply lacks the financial wherewithal to operate in any news-related medium on a scale comparable to corporations and business moguls.

In the Chicago Sun-Times’ case, while the acquisition involved a token price of $1, the investment consortium had to secure funding of $11.2 million to cover anticipated losses over the next three years.

Research I have conducted on union finances has shown that the aggregated assets and revenues of labor organizations pale in comparison to the financial capacity of large companies in the U.S. Many of the wealthiest people in the world, in fact, each have far more financial capacity at their disposal than all U.S. labor organizations (local, regional and national) combined.

Another major liability is the sheer decline in labor’s presence in the workplace. Today, only about 6.4 percent of the private sector workforce is unionized, compared with almost 17 percent in 1983. If membership is a proxy for union support, then union-owned papers and other media have a relatively small audience to tap directly. And this audience is by no means homogeneous in economic, political or ideological outlook.

The difference a union makes

While that trend is unlikely to change, the union-backed purchase of the Chicago Sun-Times could potentially help turn around its flagging fortunes. To understand how, it’s useful to consider union ownership in other industries.

Notably, the UAW made major economic concessions in 2009 in exchange for partial ownership of General Motors, Ford and Chrysler through Voluntary Employee Beneficial Associations.

Though union ownership of business is not common in our capitalist system, and is often viewed skeptically by labor advocates, there are widespread uses of other forms of shared capitalism, in which employees obtain a stake in the financial performance of the business. Research indicates that at least one-half of the private sector U.S. workforce is covered by some form of such capitalism, which includes profit-sharing, gain-sharing and employee stock ownership programs.

Numerous studies have concluded that these types of shared capitalism are associated with more positive employee attitudes, higher levels of productivity and better financial performance. The impact is amplified if these financial ties are combined with employee involvement, employment security and practices that invest in employees, such as training.

My research on labor-management partnerships indicates that providing employees, through their union representatives, a bigger voice in the organization and workplace results in less conflict, improved organizational performance and cost savings.

Of course, labor ownership in newspapers won’t resolve all the harsh economic realities newspapers face due to the rapid technological advances that have made the news and other information instantaneously and freely available on multiple platforms.

Still, I believe the deal struck by the Chicago Sun-Times and its new investors provides several avenues for unions to affect the company’s employment practices so as to produce individual, organizational and societal benefits.

The placement of a union official at the helm as chairman is one such good step. It should help set the tone for labor-management relations, providing workers with job security, preventing further wage and benefit concessions and promoting the kind of investment in training and talent that will help it compete in the digital world.

Furthermore, unions may use their ownership position to present perspectives on business and economic affairs that better reflect the interests of the working class. This could potentially broaden the appeal of the newspaper and have broader societal benefits by offering more diverse perspectives.

In short, the stage is set for the union investors to show what they can do. They possess advantages which should be methodically exploited. A stronger union voice arguably promotes both industrial and political democracy.

Marick Masters is a Professor of Business and Adjunct Professor of Political Science at Wayne State University. This article was originally published on The Conversation. Read the original article. 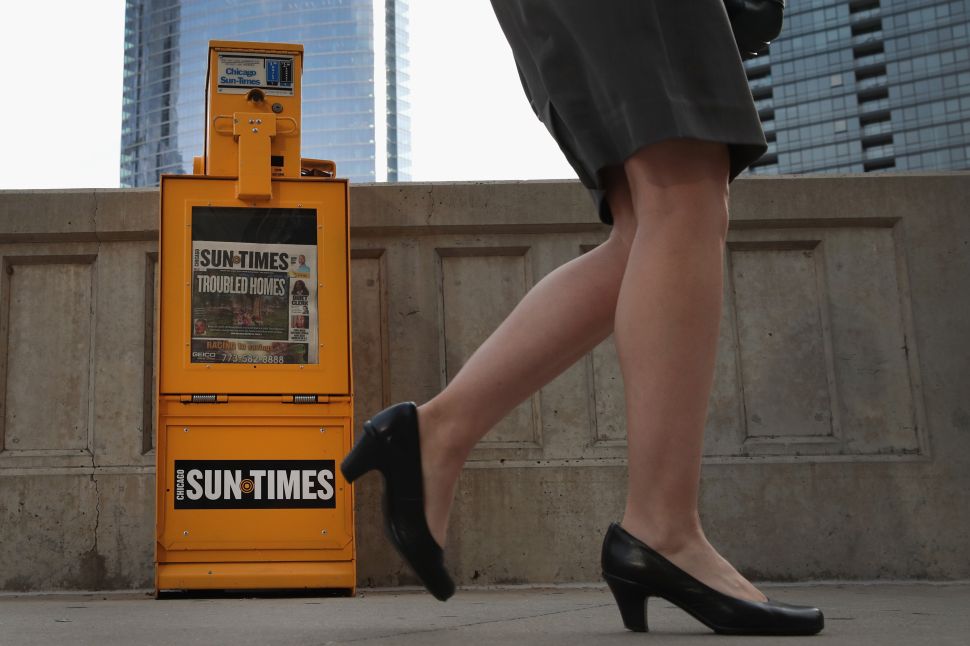