On MSNBC’s AM Joy, Dean said, “There has always been a section of the left, which I call the whiny party—the party that doesn’t really want to win. They just want to be pure, and if they go down swinging purely, then that’s fine.” Dean’s childish insult is reminiscent of Clinton’s “basket of deplorables” and “basement-dwelling millennials” comments during the 2016 election. What Dean perceives as “purity tests” are simply progressives advocating for different issues than what Dean, an establishment puppet, deems important. The insult also deflects from the fact that Democrats have suffered drastic losses while operating on the establishment’s brand of politics.

Dean personifies the Democratic establishment recycling their failures to preserve the party’s power structure. Dean embarrassed the Democrats in 2004 during his infamous “pyahhh” meltdown that tanked his 2004 presidential campaign. Afterward, he was given the opportunity to rebrand his image as DNC chair and then subsequently left politics to serve as a senior adviser to a law firm’s lobbying team.

The Super PAC, a hypocrisy since Clinton railed against the 2011 Citizens United ruling and big money in politics during her campaign, was set up as a 501c3, which allows it to shield its potential list of wealthy donors from having to be publicly disclosed.

When she announced the Super PAC, Clinton cited five groups it would donate to and said that former DNC chair Howard Dean would help her run it. Progressives mocked the Super PAC’s name, which is a rebrand of Clinton’s unpopular campaign slogan, Stronger Together, which, according to the book Shattered: Inside Hillary Clinton’s Doomed Campaign, Clinton didn’t care much for either. Progressives began referring to the Super PAC as Owned Together, a play on words accusing that donors have purchased the Trump resistance movement by establishing a Super PAC predicated on leading it. The phrase stemmed from Jacobin editor Alex Press joking that she initially read the Super PAC as “owned together,” a more fitting name since the Super PAC’s mission is to get voters to fall in line behind the party with unbridled loyalty.

When Clinton unveiled the Super PAC, she claimed it would “support this wave of grassroots organizing,” but nothing suppresses grassroots movements more than the involvement of corporations. Hillary Clinton and Howard Dean are not activists. To the contrary, they have established records of suppressing activism.

As the student body president of Wellesley College, Hillary Clinton stayed up all night on one occasion to discourage other students from protesting the Vietnam War. Hillary and Bill Clinton yelled at and scolded protesters who interrupted her at campaign events throughout the 2016 election. Instead of interacting with voters, Hillary preferred to host lavish closed door fundraisers.

Since Donald Trump took office, Clinton hasn’t organized or joined protests. Instead, she has reserved her public appearances to awards shows, private events hosted by billionaires and exclusive events with celebrities. She has announced lucrative book deals and returned to the highly paid speech market. When she has chimed in on social media, she has exploited Democrats’ victories that she played no role in. Worse yet, her new Super PAC ensures that she will remain in the spotlight, undermining the Democratic Party’s efforts in the process. All the while, Howard Dean chastises progressives for advocating to reform a flailing party. 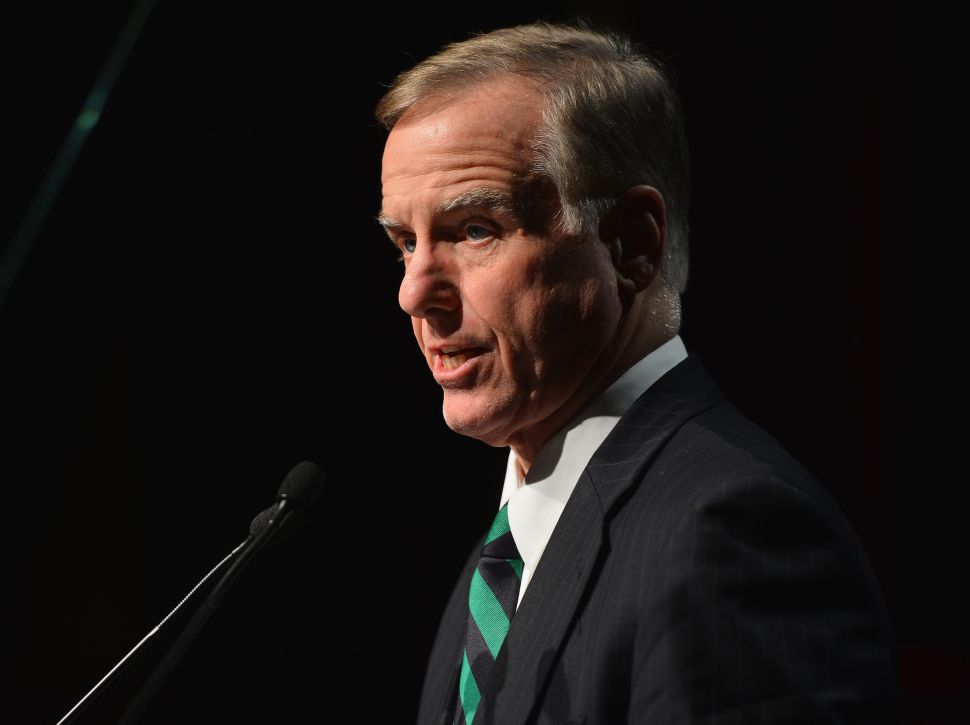