As Hurricane Harvey devastated Texas, many corporations came forward to help out through monetary donations or cell phone data credits.

Other companies were not as compassionate, however. Just ask Adam Schrader.

The freelance journalist was most recently an editor for the Dallas Morning News and a stringer for New York Daily News. Yesterday he was scheduled to start a new job as managing editor of the Colorado County Citizen in Columbus, Texas.

Schrader did some freelance hurricane coverage for the Daily News last weekend in advance of his new job. But he got stuck in his Houston hotel room because of the flooding and knew he couldn’t make it in for his first day at the Citizen.

The paper’s publisher, Michelle Banse Stokes, was aware of Schrader’s situation—he provided the Observer with text message screenshots in which he explained that he was “trying not to die” and “checked into a shitty, smoky hotel.”

Schrader even offered to help with coverage remotely, but Stokes’ only response was “OK, be safe.”

Until this morning, when she fired him.

lol i just got fired by text because i'm trapped in a hurricane and couldn't make it to my first day of work. #Harvey @NYDailyNews pic.twitter.com/lSrPFh1Xyk

Schrader said he hadn’t heard from anyone at the Citizen since the above text message. And when one of his Twitter followers asked about the situation on the Citizen Facebook page, the page’s admin blocked him.

He’s currently stuck at a hotel in Katy, Texas. All of his possessions are at his rental home in Columbus, which he hasn’t even signed the lease on yet.

“I’ve got no money, having spent the last of it relocating to Columbus and may soon have nothing to my name,” Schrader said. He hopes to get more stringer work from the Daily News until he can find a full time position.

Stokes did not respond to an Observer request for comment, but she posted a Facebook status claiming that Schrader was supposed to show up at the Citizen office on Friday to fill out paperwork and failed to do so. She also said that he didn’t tell her about his freelance work and being stranded by the floods until she contacted him on Monday.

Furthermore, Stokes claimed that the roads near the Citizen office were not impassable, and even had an employee drive the route to prove that the roads were open. From these actions, she determined that Schrader cared about his Daily News work more than his Citizen work and terminated him.

“The gentleman (Schrader) is taking only portions of our communication and posting bits and pieces,” Stokes wrote.

Schrader commented on the post that he didn’t come to the office Friday because the transmission on his car died and it was in the shop. He also said Stokes knew that.

Several commenters took Schrader’s side—one noted that the rivers between Katy and Columbus were at all time record highs, causing massive flooding. He also called the Citizen “an embarrassment to Texas.” 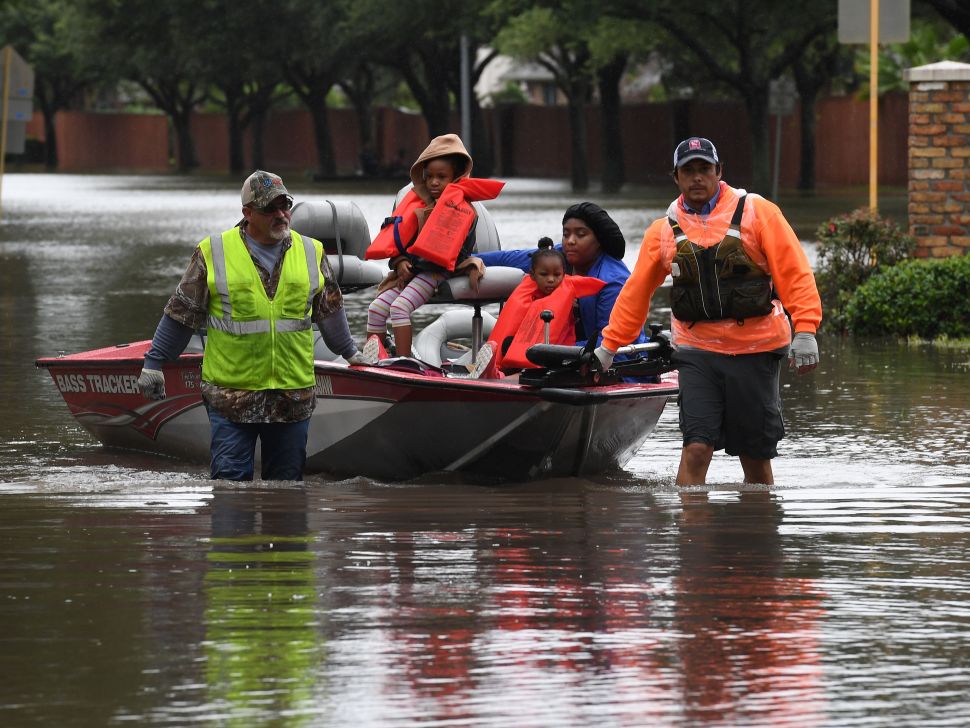