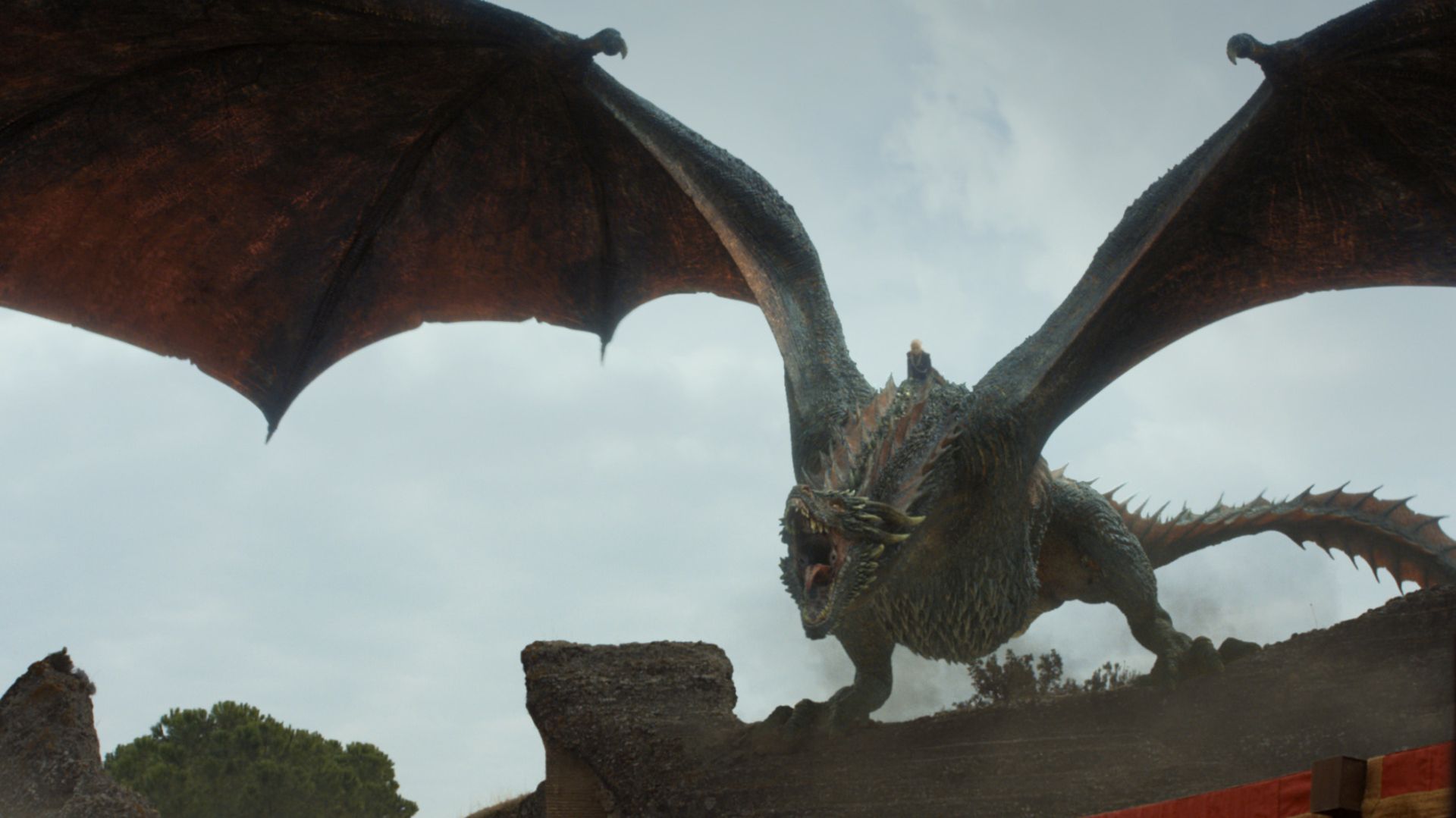 Verizon and AT&T. These are what’s left standing, remnants of the Bell System, also known as “Ma Bell.” The Bell Telephone Company once had a monopoly on telephone service in the United States. So much so that it would refuse to let customers use non-Bell equipment on their network (even though it worked perfectly fine). When a company owns every piece of a supply chain, that’s called a vertical monopoly. It’s too much power. So like the Targaryens during Robert’s Rebellion, the system got broken up in 1984, separating AT&T’s long distance service from local phone services around the country. A lot more has happened since then, but let’s think of Verizon and AT&T today as today’s Drogon and Rhaegal (very powerful, but lacking Dany’s brains to guide them). 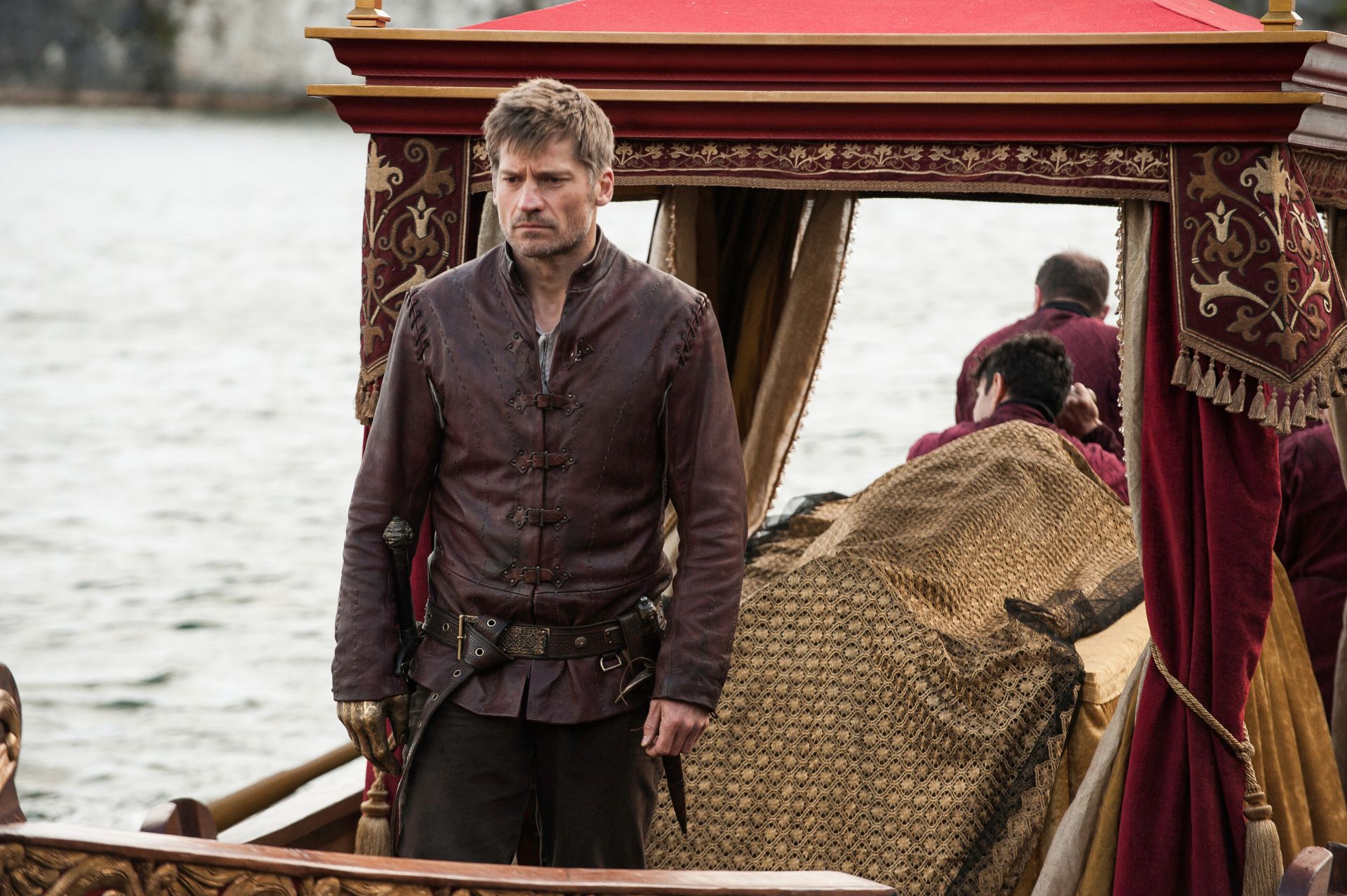 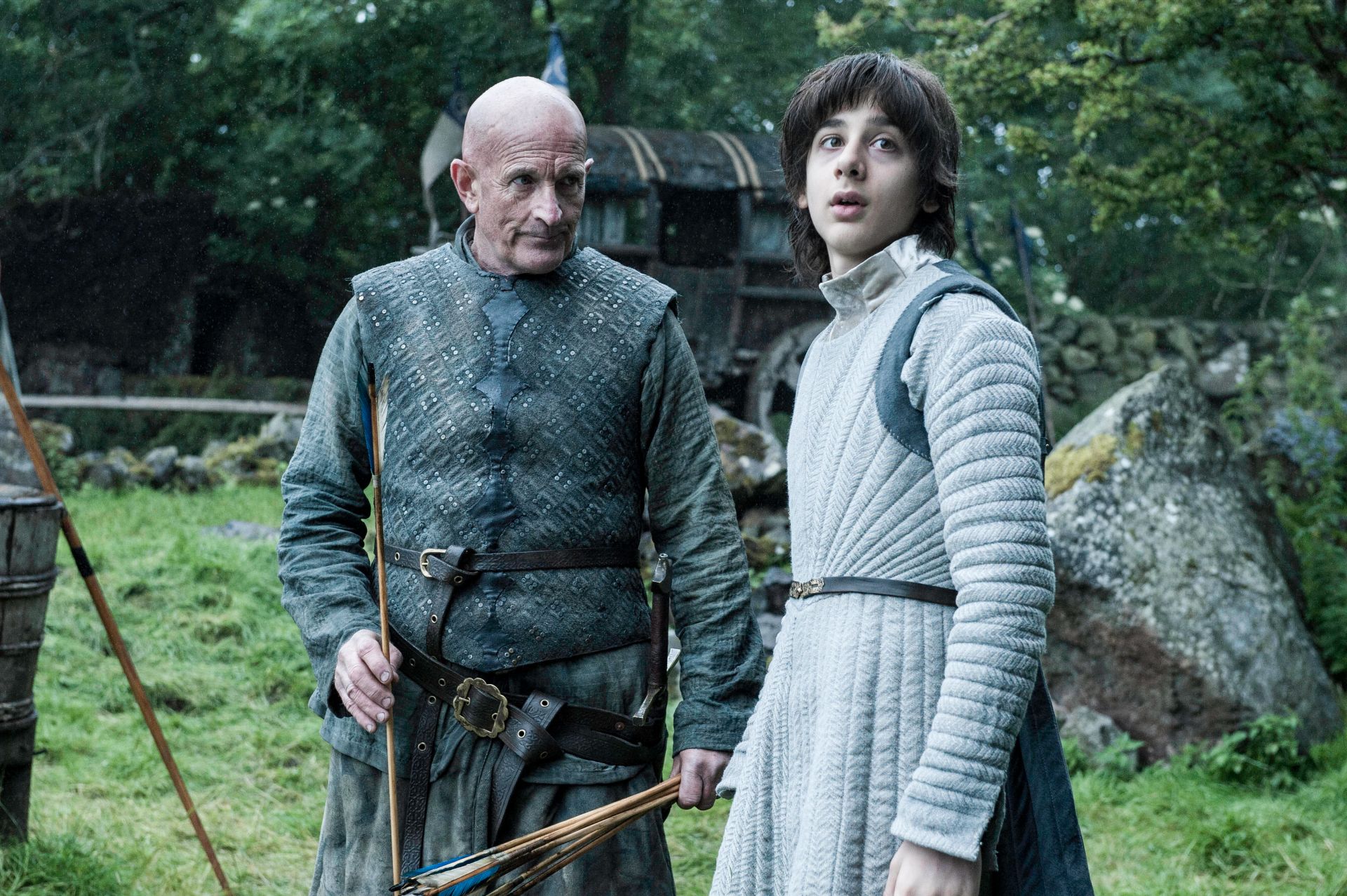 Apple. It’s a bit removed from the other companies. First of all, it orients itself around actually making things to a degree that the other companies don’t, and primarily rests its profits directly on the sale of those things, which is part of the reason why an iPhone costs more than an Android. It gets rather lofty about everything it does and plays poorly with others, just as House Arryn constantly threatens to cut itself off from the rest of the five kingdoms. Both House Arryn and Apple have manifested their rarefied self-conception in perhaps inadvisably ostentatious headquarters as well.

Also like House Arryn, Apple is in a leadership transition right now. Both seem to be doing okay, but neither has faced a real crisis yet. Both are well protected in either case. House Arryn is protected by a large, capable army and geography and Apple by what might be the biggest savings account the world has ever seen. 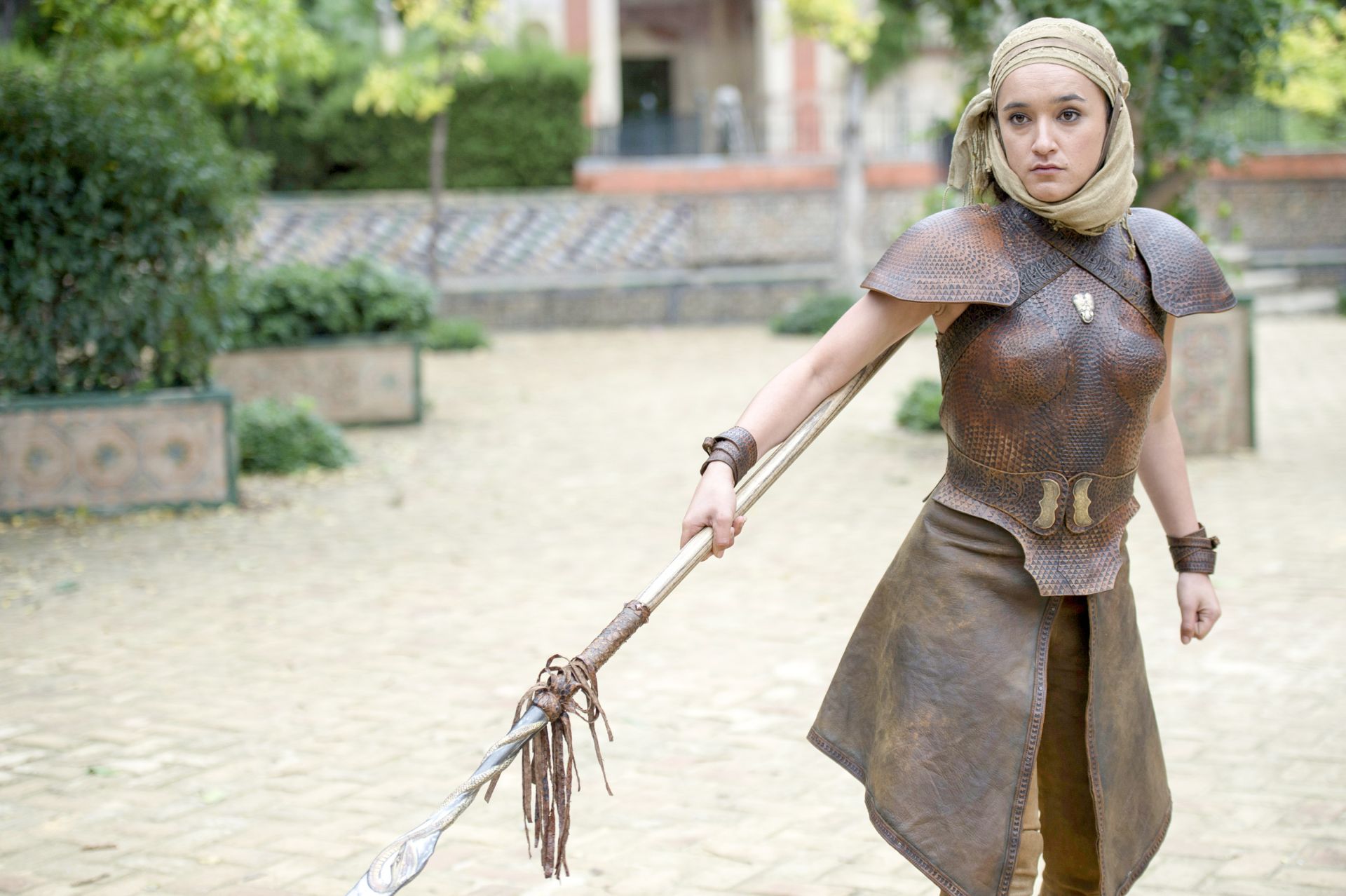 Netflix. They are both seductive. They just lull you with their inviting ways. Netflix, take me away! But when you least expect it, they strike. 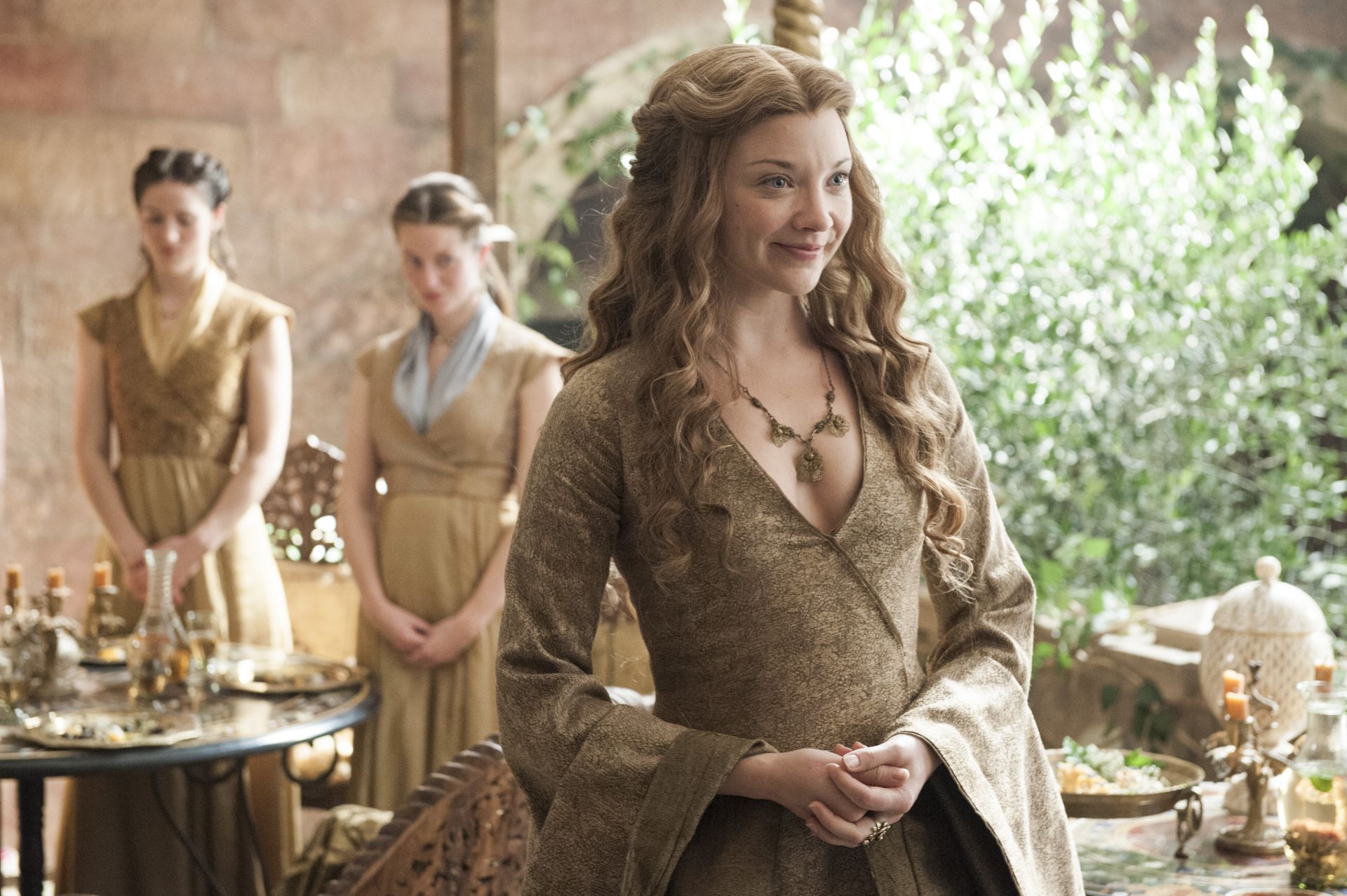 Natalie Dormer as Margaery Tyrrell, once queen of Westeros.

Amazon. While the other tech companies spin user attention into power and money, Amazon’s power and money simply rests on power and money. It controls the main infrastructure of a vast amount of what’s online and it has access to a good portion of all the money spent digitally. Its actual commercial reach makes it very difficult for any of its peers to compete with it head to head, much as the Tyrell’s vast holdings made it the rich house that just kept getting richer.

In fact, the most similar company on this list to Amazon is probably Microsoft, its nearest rival in cloud services and also a company that prefers to engage in commerce over attention. This week, Microsoft announced its AI-powered voice-assistant could play with Amazon’s, effectively capitulating to Bezos as the dominant force in this still new space. 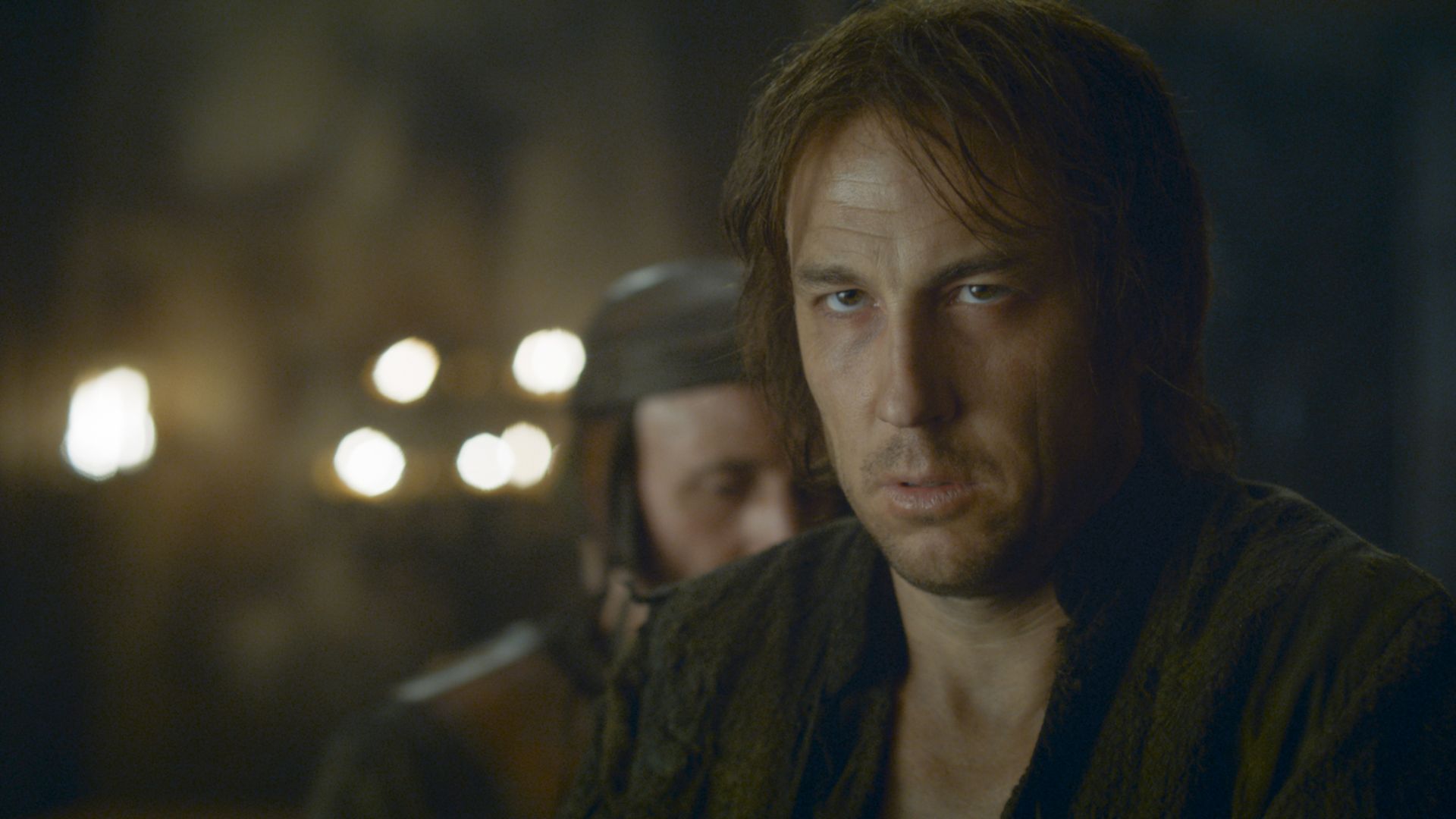 Microsoft. House Tully sat at something of the heart of Westeros, ruling over the Riverlands. Before mobile, everyone in tech was one way or another allied with Microsoft, because almost everything happened on Windows. But then the world got a bit out Microsoft’s control, just as it has for House Tully. Microsoft isn’t doing nearly as bad these days as House Tully is on the show, but the giant company is spread across a load of ventures. Microsoft today seems to be showing signs of its old ferocity—making forward looking moves into blockchain technology and maintaining its position with gamers and PC users. Similarly, we may not have heard the last of Edmure Tully, now that the Freys have been dealt with. 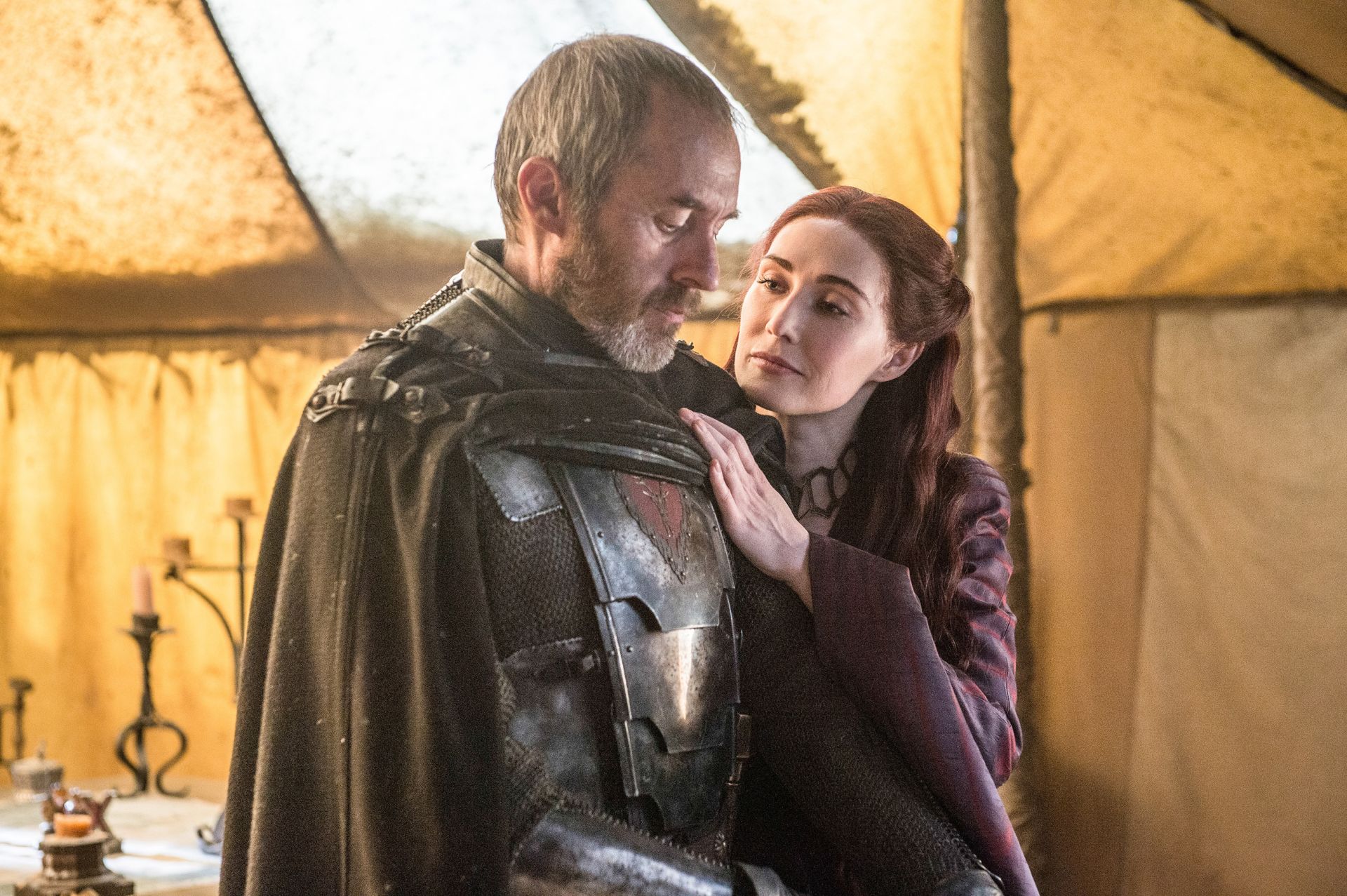 Stephen Dillane as Stannis Baratheon with Carice van Houten as the cleric, Melisandre.

Twitter. Its power lies more in the influence of the smaller number of people on it and the way in which it sits within every important conversation than from the platform itself. Similarly, House Baratheon took over someone else’s castles and got its leaders into high places. Both have been guilty at different periods for confusing influence with power. 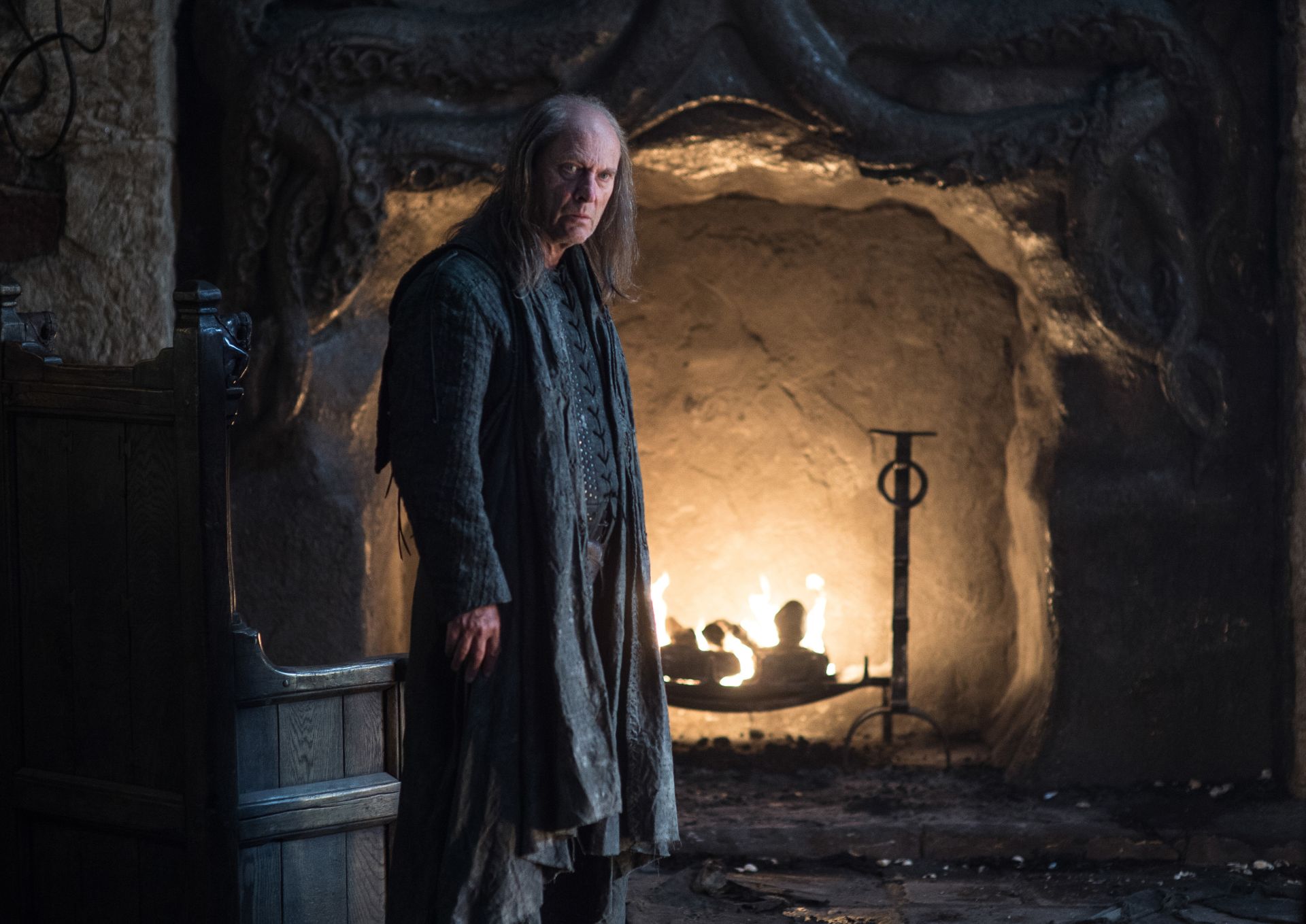 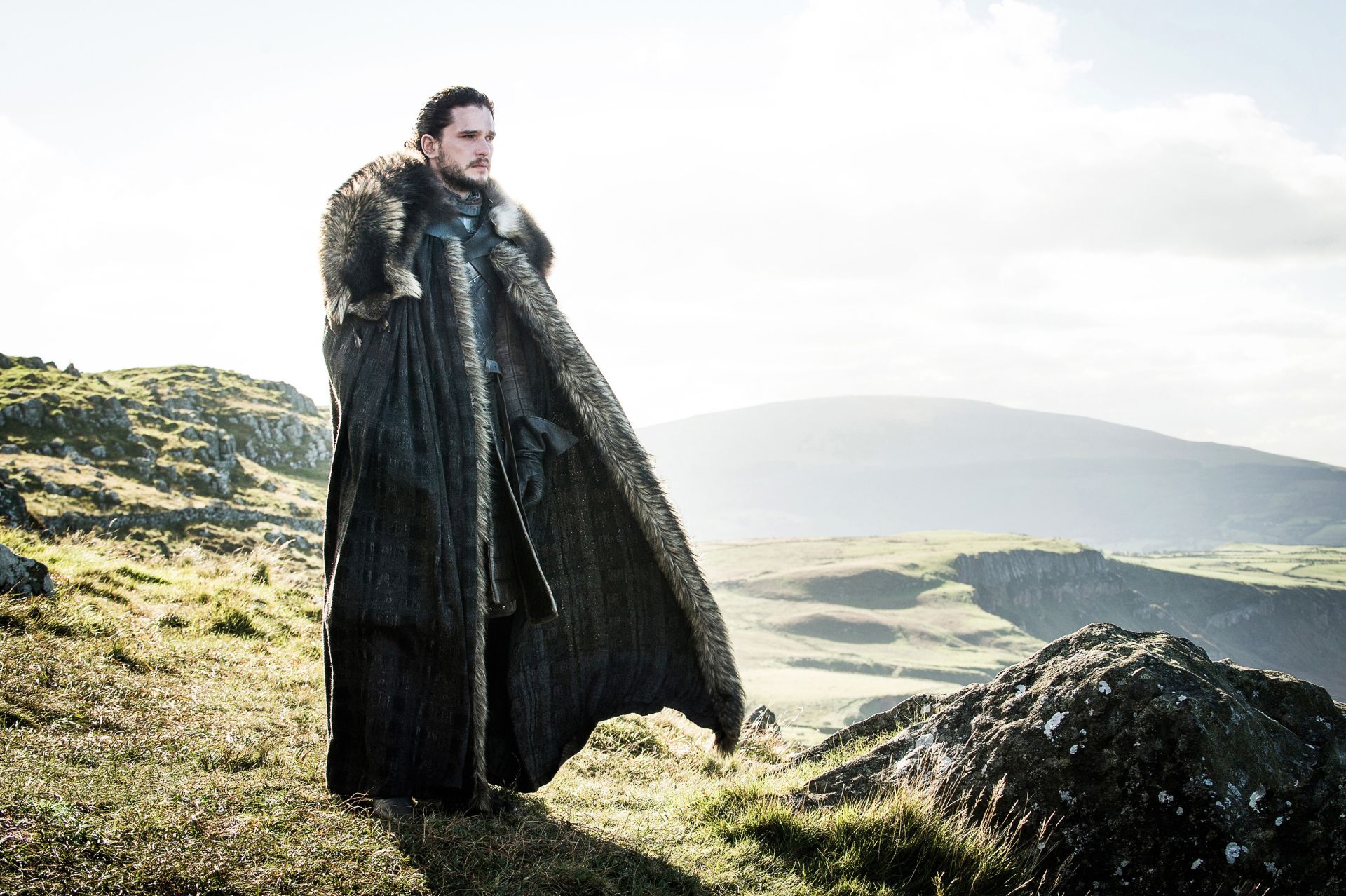 The Starks are the good guys. There is no House Stark in Silicon Valley. 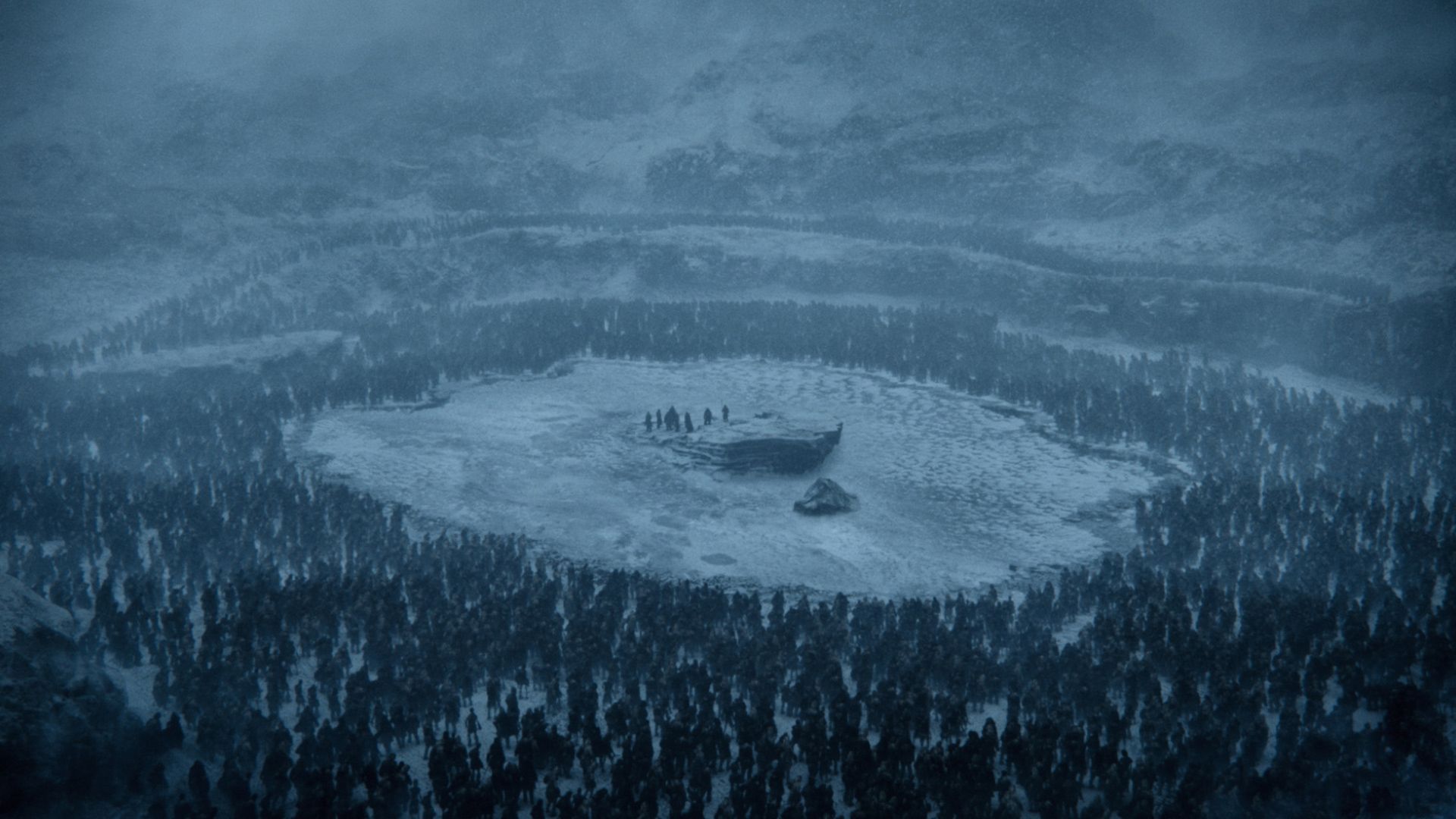 An army of the undead, known as wights, controlled by the White Walkers.

Facebook. Okay, it’s not a great house, but none of us know why we keep returning to the site at this point. We just do. Mark Zuckerberg is The Night King and we are his zombie horde. 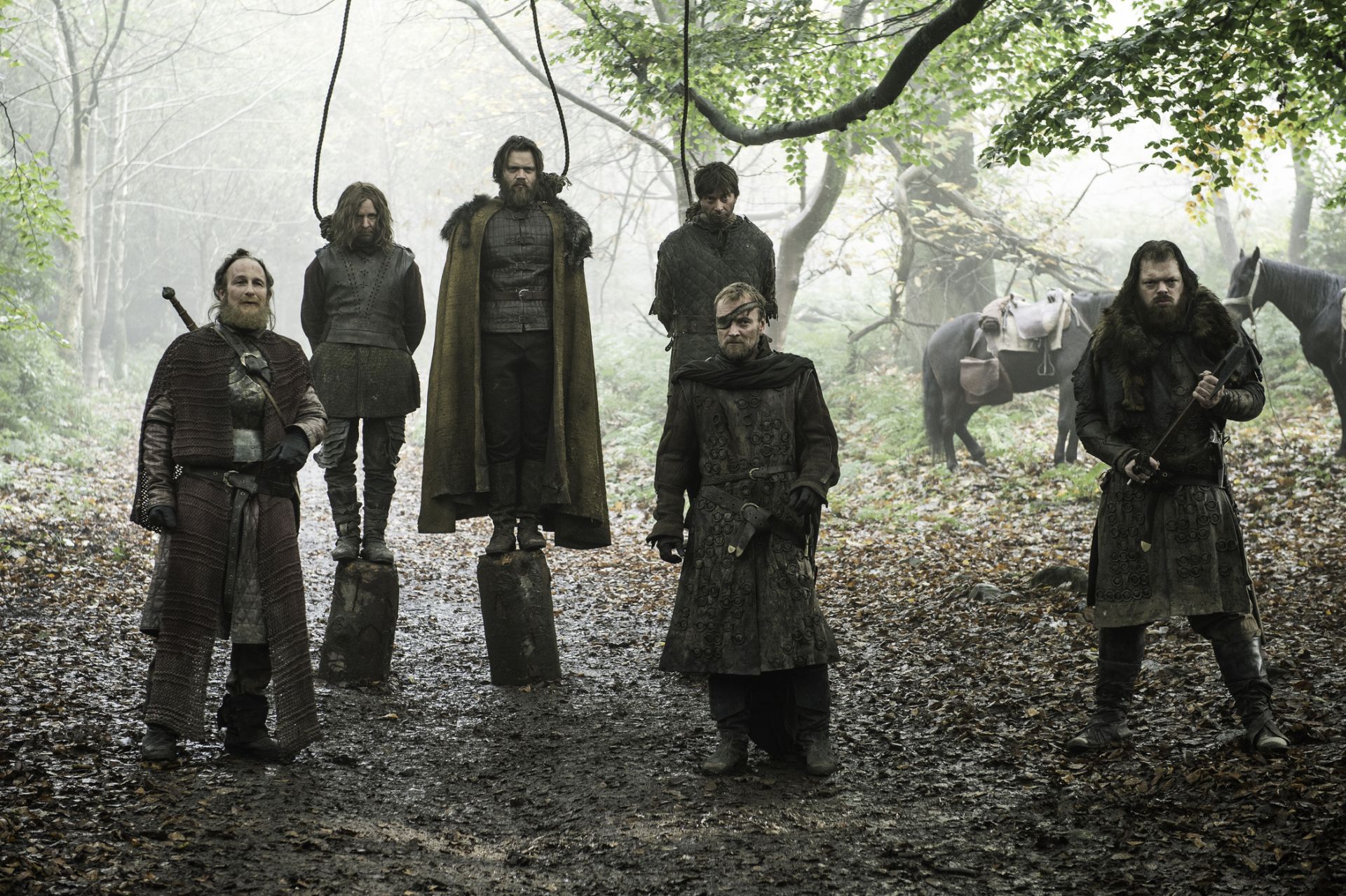 The Brotherhood Without Banners, protectors of the small folk.

BONUS: The Brotherhood Without Banners

The distributed internet. There’s a chance that huge platforms could be disrupted. A new breed of entrepreneurs is attempting to build applications that would give users control of their data again and liberate it from centralized repositories online. We’ve covered a bunch of them (such as the Interplanetary File System and Blockstack), but barely scratched the surface. Like the Brotherhood, much of this work happens in the shadow of the mainstream internet, growing stronger until it’s ready to show users of the web a new way. Basically, what we’re saying is this: these guys are waiting to meet their Gregor “The Hound” Clegane. 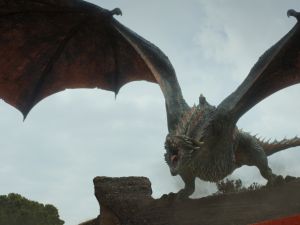 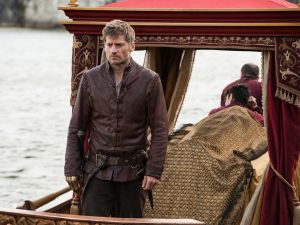 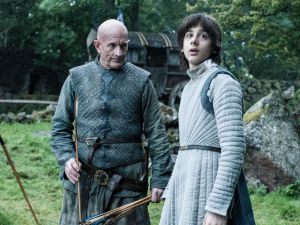 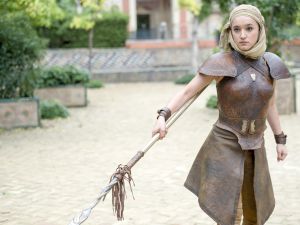 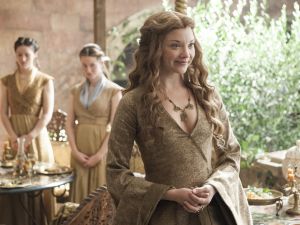 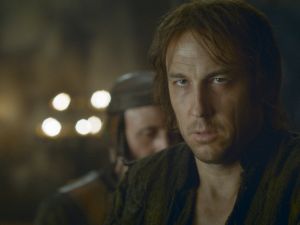 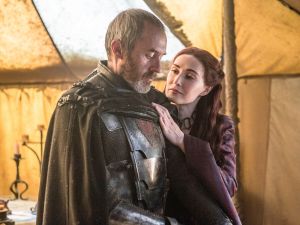 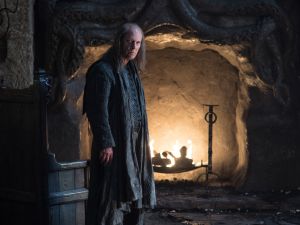 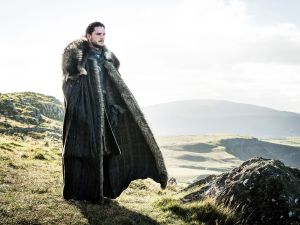 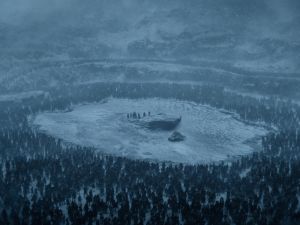 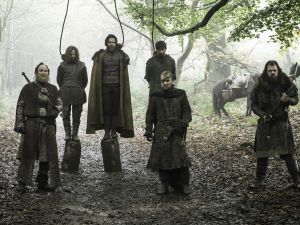 In the age of the internet, we’ve come to understand that the free market doesn’t always favor competition. Sometimes, consumers get the most benefit when everyone uses the same thing. That’s why there’s an ongoing war in tech to be the most powerful platform, the thing that everyone uses to do everything.

The iPhone is a platform. Windows is a platform. Your Gooogle account is a platform. They each have this in common: the more people that use it, the better it gets. That’s why it’s so unsatisfying to add a new app these days, because with low adoption it’s hard to find someone you actually know using it.

When a company is able to create a platform that we use to socialize, consume entertainment, pay our bills and buy stuff through, that company will have created a platform to rule all platforms. In that way, it’s like the quest for Westeros’ Iron Throne in Game of Thrones, and when you play Silicon Valley’s game of thrones, either you win or you atrophy down into irrelevance. Just ask Myspace.

So with Game of Thrones season seven just ending, we got to thinking: which big tech company most resembles each of the great houses in Game of Thrones? We put our picks into the slideshow above.

Note: We had basically written this before checking to see if anyone else had ever had the same idea. Turns out, some had. Not all our answers are the same, though, but let’s give credit where credit is due: Thrillist did it for the Bay Area in 2014, an intranet startup called WeVue did it on its blog in 2015, and Wired UK did it on Twitter earlier this year.