FRANKLIN TOWNSHIP — Rep. Leonard Lance (R-7) once again answered a barrage of questions from constituents during a town hall event on Thursday and said he went to the Oval Office and told President Trump he would not support a Republican plan to repeal and replace Obamacare.

At his fifth town hall event this year, held Thursday evening, Lance took questions on his environmental record, gun control and the coal industry. But real fireworks flew when a constituent questioned the eight-year incumbent about whether his position on President Trump had changed since Lance’s “enthusiastic” endorsement in August.

Lance did not directly weigh in on how he felt about Trump as a person, but he stressed yet again that he would not follow Trump’s lead on issues simply because they are both members of the Republican Party.

“I think President Trump has been right in some areas and wrong in others,” Lance said.

One area of disagreement with Trump is health care, he said. While both say that the Obama-era Affordable Care Act is deeply flawed, Lance voted against the House Republican plan to repeal and replace Obamacare earlier this year — the American Health Care Act — arguing that possible cuts to Medicaid would be disastrous for low-income Americans.

Lance recalled his only meeting with Trump. The congressman said he went to the Oval Office with members of the Tuesday Group and was one of three House members who made it clear he was not planning to support the AHCA.

“That is a very difficult position to be in,” Lance said. “Now I can’t prove that, unless the Oval Office is bugged. But I assure you that it happened. The proof in the pudding is that I didn’t vote for the health care bill … I will say parenthetically that I have not been invited back to the Oval Office.”

Lance is a member of the Problem Solvers Caucus, a bipartisan House group that last week announced a plan to stabilize health insurance markets. The only other New Jersey House member in the group is Rep. Josh Gottheimer (D-5), a co-chairman with Rep. Tom Reed (R-N.Y.). Lance said that he does not think the Problem Solvers’ plan addresses all issues surrounding health care but that it is a step forward and hopes it will gain approval from both parties.

The congressman opposed Trump early in his presidency when the administration attempted to impose a ban on visitors from majority-Muslim countries. Lance was also an early Republican proponent of Attorney General Jeff Sessions recusing himself from the ongoing Russia investigation, a move that Trump has strongly criticized. Following Sessions’s recusal, special counsel Robert Mueller was appointed to oversee the investigation. On Thurdsay, news broke that Mueller had impaneled a grand jury in federal court to investigate Russian interference in the November election, according to the Wall Street Journal.

“I have been very vigorous on the Russia issue,” Lance said. “I have full confidence in Mr. Mueller and let the chips fall where they may.”

Lance’s decision to hold regular town halls makes him a Republican foil to Rep. Rodney Frelinghuysen (R-11), whose decision to not host town halls has sparked significant activist mobilization in his district. Frelinghuysen and Rep. Tom MacArthur (R-3) were the only members of the New Jersey congressional delegation to support the AHCA. MacArthur was the primary author of an amendment that earned the bill enough support to pass the House. 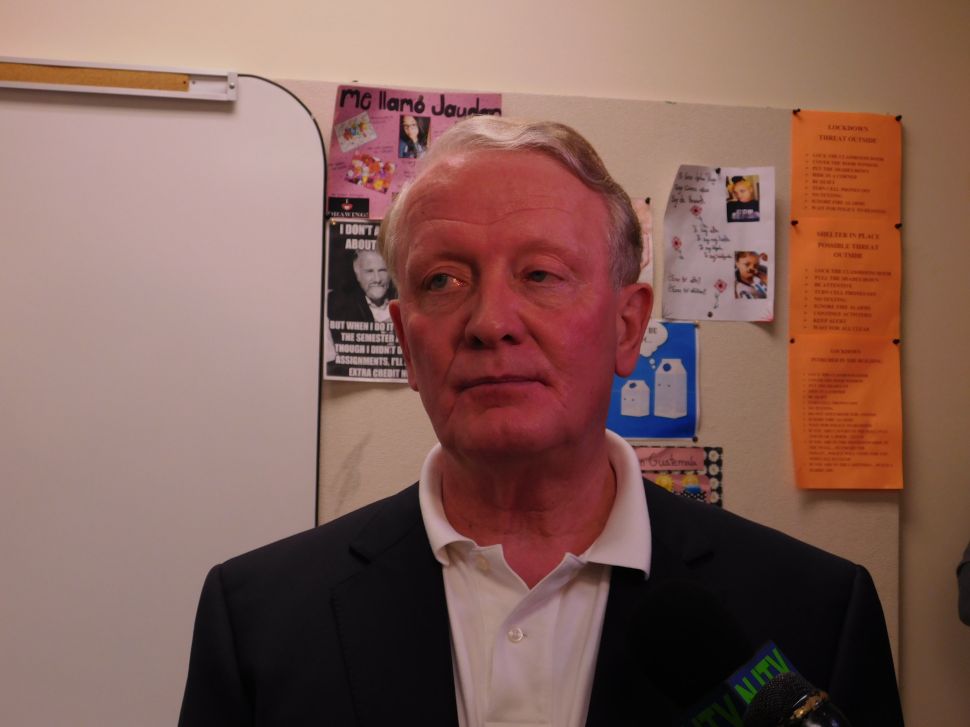