Iran may have made its biggest blunder in the game of international diplomacy.

Iran usually doesn’t make mistakes—its ability to manipulate world affairs has been quite impressive. Generally, Iran gets what it wants with little to no consequences.

But their most recent error will impact Iranians’ national pride: The country might be kicked out of all FIFA play.

The World Cup, which is known outside the U.S. as the World Cup Mondial, is FIFA’s baby. So impressive and important is the World Cup that 3.2 billion people—46 percent of the world’s population—tuned in to watch it in 2014. For comparison, the most watched Super Bowl in history had a comparatively paltry 111.4 million viewers.

The next World Cup will take place in Moscow in 2018. Only 32 nations will qualify, and there are 189 nations in the world. (Technically, 31 nations qualify. The 32nd team is the host team; they are given a spot regardless of performance.)

Iran may be disqualified from the World Cup 2018 for applying politics to sports.

International sports are supposed to be above politics. In fact, rules dictate that politics play no part in decision making. However, in a Pollyanna-ish sort of way, some participants and organizers harbor hope that warring states will realize that they come together to compete even when they disagree.

Leading up to the World Cup, Iran will probably scrimmage with several dozen other nations. It is not just a tease for World Cup aficionados; it is an important tool used to evaluate how teams perform on the global stage. It is not the actions of the national Iranian team that has brought the wrath of FIFA. Instead, two Iranian players angered Iranian leadership, causing an international incident.

Two Iranian athletes, playing for the Greek soccer club Panionios, decided not to play in their away game against Israel, even after being pressured and fined by their club. However, when Israel traveled to Greece to play Panionios at home, the two Iranian players participated.

Declining to play in the away game was not enough for Iranian leadership, which saw the players’ participation in the home game as a betrayal, even a crime.

And these are not just players of Iranian descent picked up by a Greek team—these are stalwart members of the Iranian national team, which will represent Iran in the World Cup and in other test matches. The two players were dropped from the Iranian national soccer team. People on social media in Iran overwhelmingly defended the athletes’ decision to play, but politicians had the last word.

FIFA bylaws say there can be no external/political influence in decision making. If FIFA officials determine that Iran’s political powers exerted influence in their decision to expel the players, Iran will be removed from all international competition.

Such expulsion would be costly and painful for Iran. Mondial participation is a source of great national pride for Iran. In fact, it probably engenders more national pride than any other activity, festival or occasion.

There is a chance that FIFA may only issue Iran a warning or decide that there was no political influence. Although these outcomes are possible, at this stage too many people involved in the world of soccer know the story. It will be hard not to censure Iran in some way.

Emotions got the better of Iran. Iranians score big in the game of international politics, but in this all important sporting event, they dropped the ball. 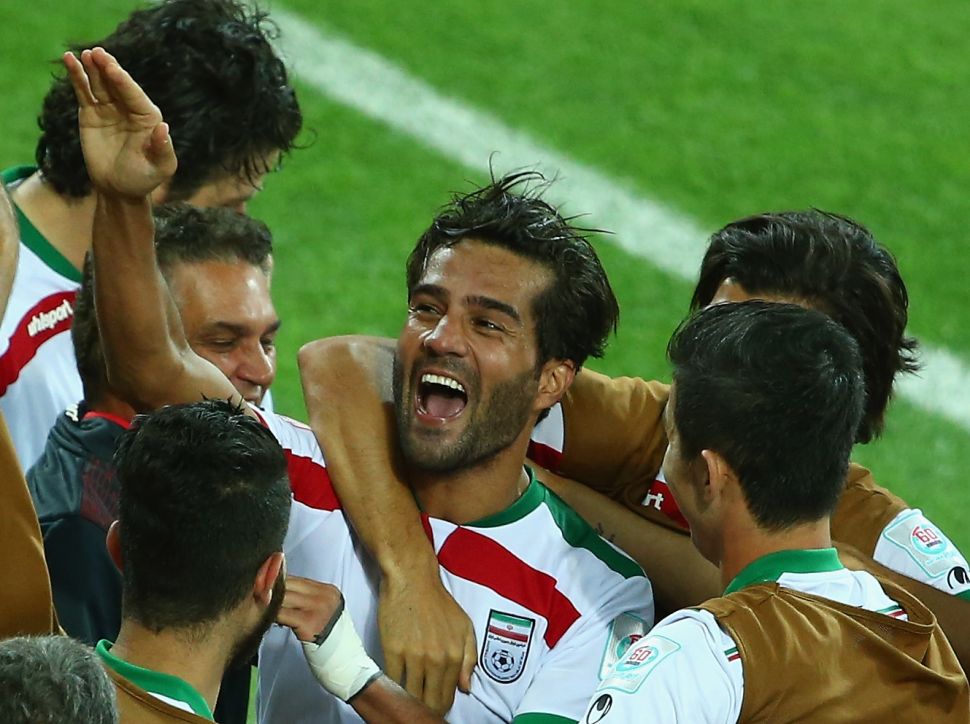