Jacqueline Ebanks, who has 30 years of experience in philanthropy and the nonprofit sector, will serve as the second executive director of the city’s first-ever Commission on Gender Equity.

In June 2015, the mayor announced the establishment of the first-ever Commission on Gender Equity to replace the city’s previous Commission on Women’s Issues, which was created in 2002. First Lady Chirlane McCray serves as the commission’s honorary chairwoman.

The commission is an advisory body that works across city agencies to develop a more inclusive city for women, girls, transgender and nonconforming New Yorkers. The commission also makes recommendations to de Blasio concerning legislative or executive action and supports and works with organizations in the public and private sectors.

Ebanks, who most recently served as executive director of the Women’s City Club of New York, a nonprofit activist organization, said that her background as an immigrant and woman of color — she was born and raised in Jamaica — is a “constant reminder that we are multidimensional. People carry their race, gender, age and ethnicity, she said, and she is “reflective of that complexity.”

“I think that I will, in this role, always retain that diversity of womanhood, right, that it’s not just the gender that drives any woman,” Ebanks told the Observer in an interview at City Hall on Tuesday afternoon. “It’s this complexity of our roles in our family, of our roles in society, of our role in business.”

And Ebanks, who started about a week ago, said that when they talk about gender equity, they are looking at “that complex human being.” There are gender nonconforming people and transgender people, she said, and they have to ensure that all people are confident that they will have “a place in this city.”

“We want to be as diligent as we can about identifying our gaps as we are about our successes,” Ebanks continued. “And when I go back to the executive order, I can see in the executive order all the steps. The mayor and his team have become very cognizant of the evolutionary nature of our work. And that makes me really proud to be here. When you’re in a space where people value and understand that nothing is static, the opportunity for growth and smart growth, to me, is exponential.”

Ebanks holds a bachelor’s degree in government from Anderson University in Indiana and a master’s degree in policy analysis and public management from Stony Brook University. She resides in the Bronx with her husband and three daughters.

She said she was impressed by the Women’s City Club of New York, which was founded in 1915 — before women gained the right to vote in 1920 — because it saw women “as a part of the solution.”

“I was there [from] 2014 to 2017 and the moment in which we found ourselves, which was that women really needed — again, there needed to be a rebirth, a renaissance of civic engagement and that women needed to be an integral part of that rebirth,” she said.

Ebanks previously served as vice president of programs at the New York Women’s Foundation, regional director for the Northeast and Puerto Rico for Citigroup’s Community Relations Division and vice president for community investment at United Way of New York City. Ebanks said that her 30-year career in New York City has focused on economic, gender and racial equity as well as racial justice and that she’s always thinking about innovation and systemic change.

“That brought me here so it’s certainly not by design, it’s more by evolution, if you will, that a career evolves and you get these incredible opportunities and for me, after 30 years, witnessing what the mayor … he talked about creating one city, removing the divide and that always appealed to me on a personal level.” Ebanks added.

But she said that what stood out to her the most was that there was a “clear set of deliverables” — and that they would study the issue and learn about the “intentional and unintentional discrimination that we face in this city.”

The New York Times reported at the end of May that out of 31 high-level officials who left City Hall since de Blasio took office in 2014, 22 were women. Ebanks reiterated that gender equity is not a static goal but an ongoing conversation the administration is committed to having.

The city also said that women make up more than 50 percent of its senior leadership.

The city noted that over the last three years, de Blasio signed into law legislation — introduced by Public Advocate Letitia James — that prohibits all city employers from inquiring about a prospective employee’s salary history, a bill that gives city employees six weeks of fully paid parental leave and expanded paid sick leave to many of the lowest paid industries that employ disproportionate numbers of women.

The city also established the first-ever maternal mental health services through ThriveNYC, a mental health initiative led by McCray, created lactation rooms of new mothers at social service agencies throughout the city and made investments in domestic violence response and education through the Mayor’s Office to Combat Domestic Violence.

De Blasio also established a partnership with UN Women, becoming the first American city to join the UN’s Safe Cities Initiative; established the City’s Commission on Human Rights as the first human rights agency in any major U.S. city to certify U and T visas for immigrant victims of crime and human trafficking; and provided universal prekindergarten and 3K for All.

Ebanks said the immediate next step is to pull together the “excellent work around gender equity” being done throughout the city and its agencies — continue the culture shift already underway and accelerate it.

“I think our commission members are deeply committed to that work,” she said. “We have the opportunity to do so and we have a mandate. There’s an absolute expectation that we get this done and I think the thing we will be mindful of as we do it, that change is ever-constant and we need to build in our approach and the work we do flexibility that we can always course-correct and improve.”

“Jacqueline has a proven track record standing up for women and girls, and her passion and commitment to NYC will serve us well as we look to create a fairer and equitable city for all,” he said in a statement.

McCray also said that she brings a “wealth of experience” as an advocate, policy practitioner and thought leader “with a deep passion for social justice.”

“With her strong and capable leadership, the Commission on Gender Equity will continue fighting discrimination and inequity in all forms to make NYC a better place for women, girls and everyone in our gender non-conforming communities,” she said in a statement. 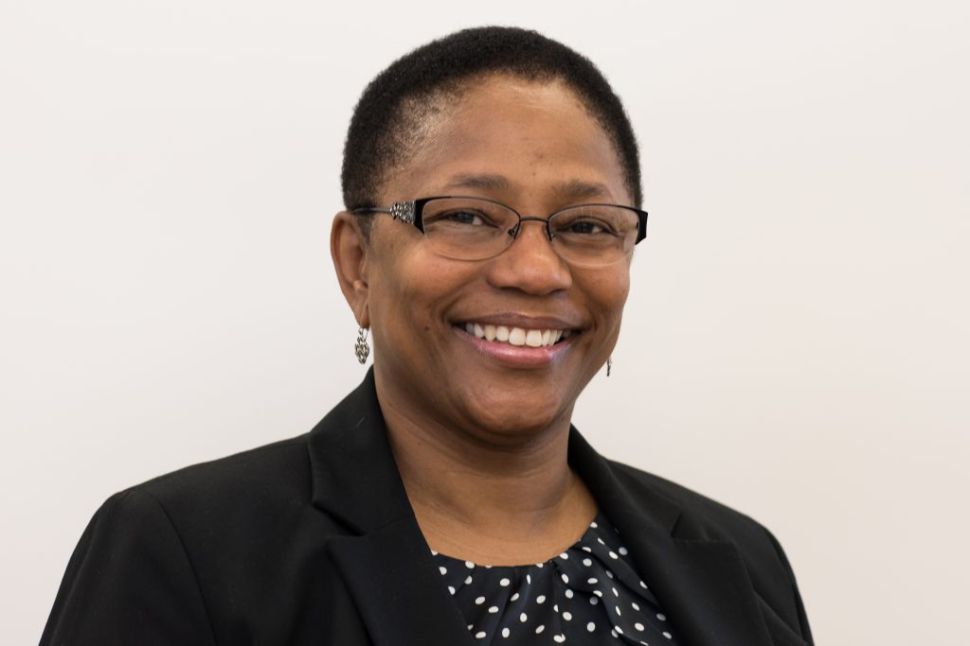