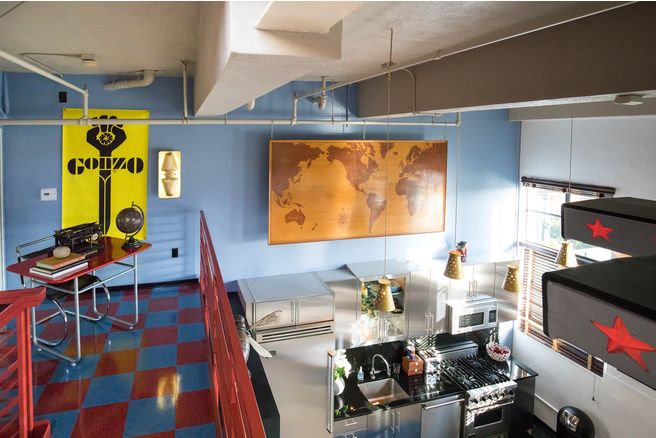 It sold for $1.82 million.
The Partners Trust 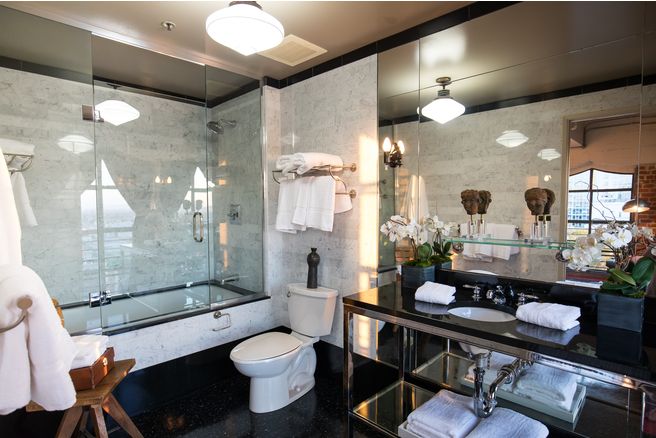 There are two bathrooms.
The Partners Trust 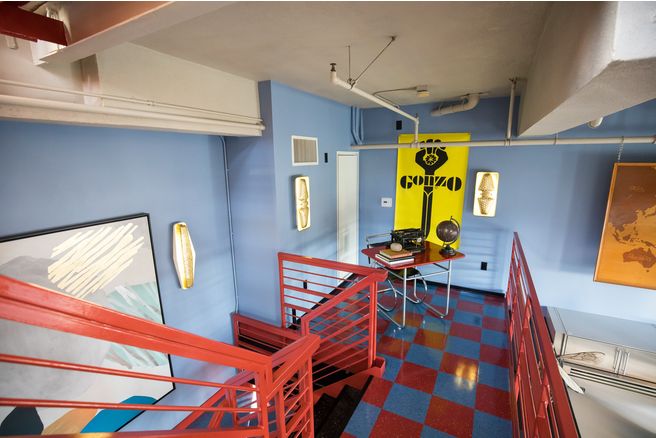 A red staircase leads to the second level.
The Partners Trust 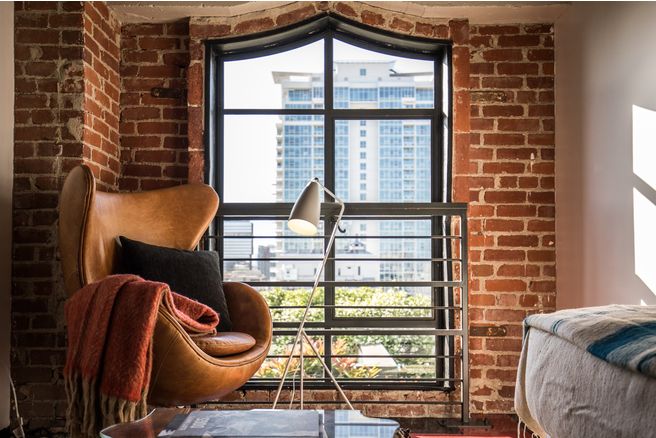 The upstairs windows are framed in exposed brick.
The Partners Trust
Advertisement 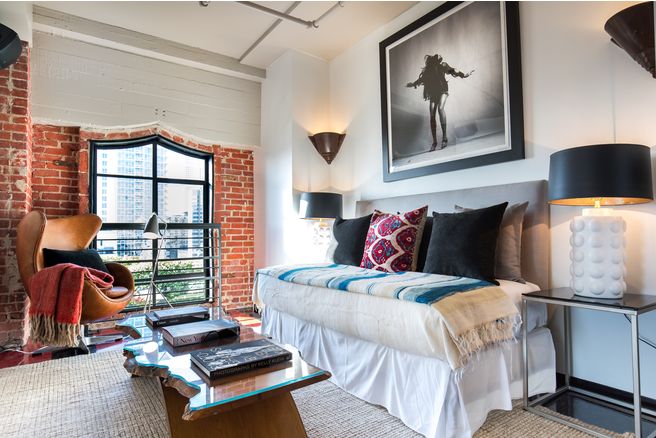 There are three bedrooms total.
The Partners Trust 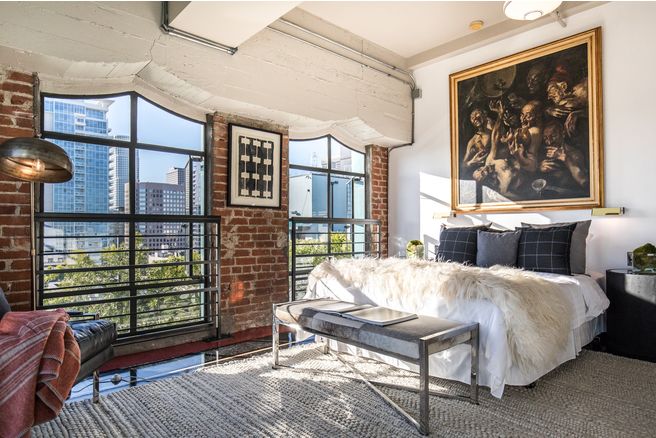 The master suite has lots of exposed brick.
The Partners Trust 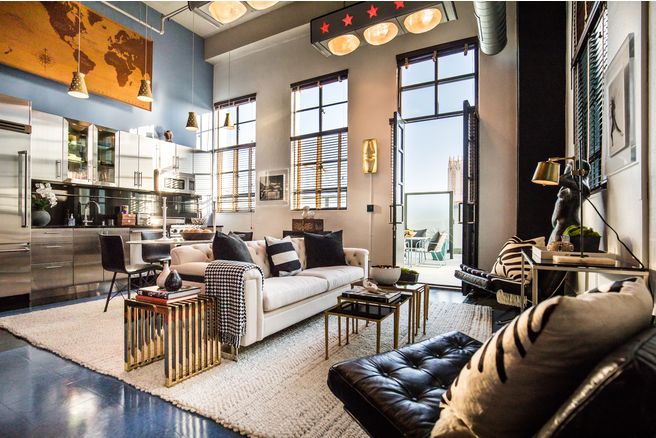 The unit also has access to a private terrace.
The Partners Trust
Advertisement 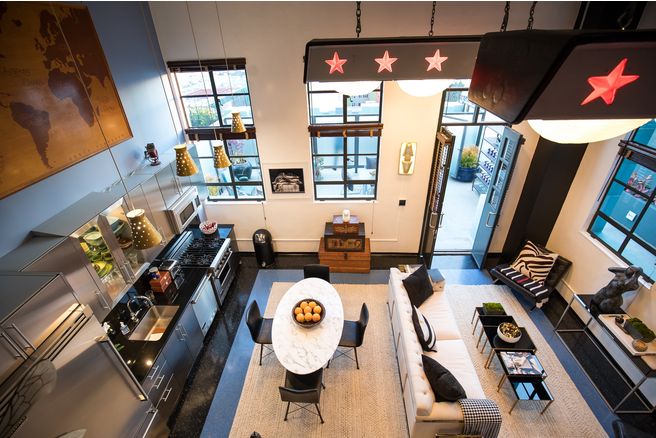 Johnny Depp just sold the fourth of his five penthouses at the Eastern Columbia Building. Scroll through to see the quirky duplex.
The Partners Trust 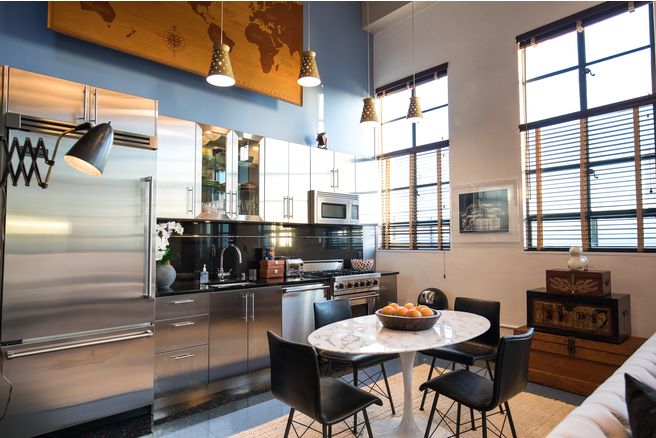 It's the smallest of the condos Depp is offloading.
The Partners Trust 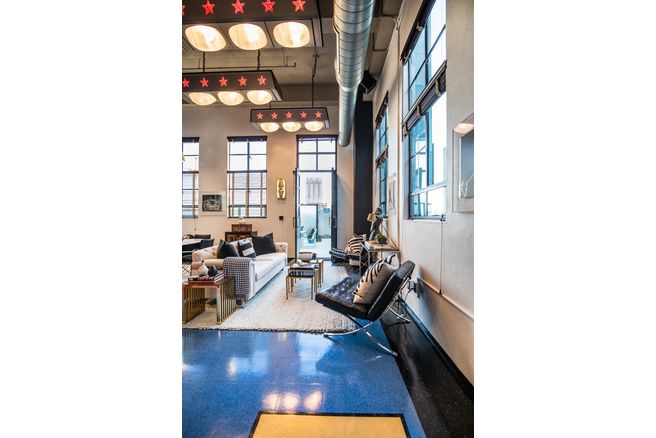 It's definitely a unique aesthetic.
The Partners Trust
Advertisement 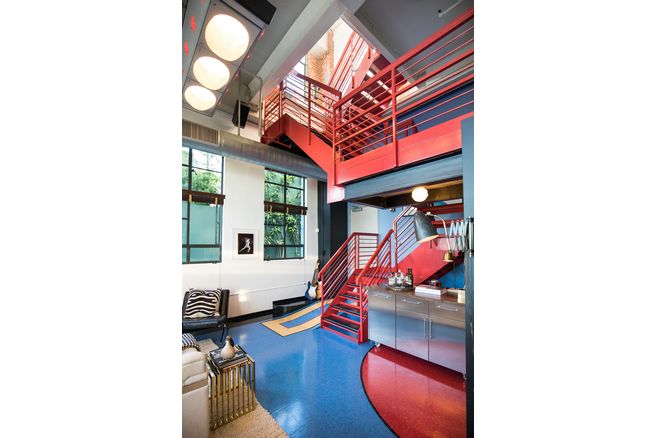 There are blue and red accents throughout.
The Partners Trust 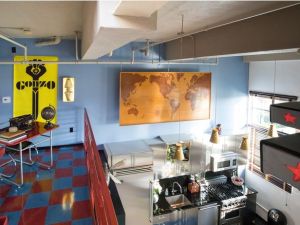 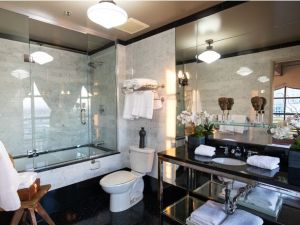 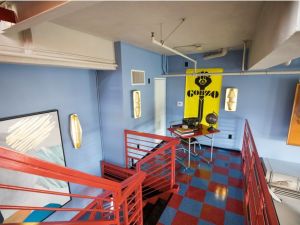 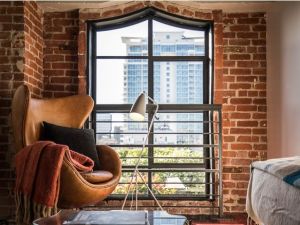 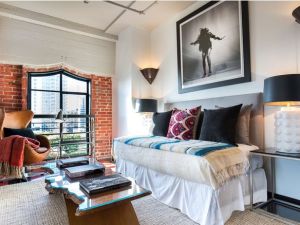 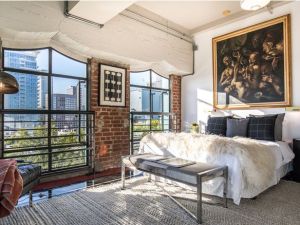 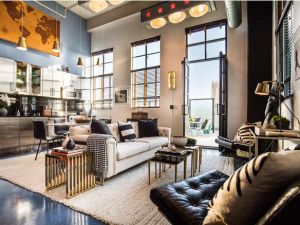 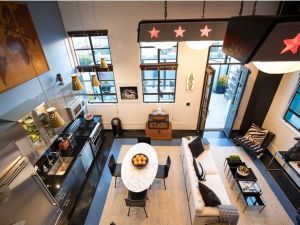 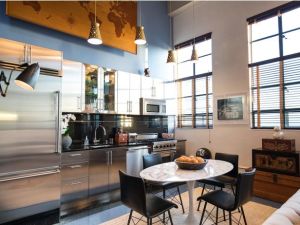 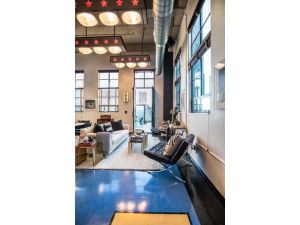 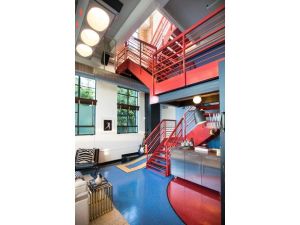 Last year, Johnny Depp hoisted his collection of five Los Angeles penthouses onto the sales market. The actor was asking a total of $12.78 million for the condos, which are located in the Eastern Columbia Building.

It’s not one palatial spread, however, as Depp never actually combined the separate units, which he starting buying up in 2002. Instead, he apparently preferred using each as one would use rooms in a home. It’s taken quite some time, but he’s steadily been bidding adieu to the units, at the same time as his financial and legal woes have repeatedly created headlines—like that one time he squandered $5 million, just to shoot Hunter S. Thompson’s ashes out of a cannon.

But now he’s parted ways with a fourth penthouse for $1.82 million. The recently sold three-bedroom, two-bathroom duplex spans 1,755 square feet, making it the smallest of the five condos. It might not compare to the entire French village he put on the market last year, but it’s still nice!

There are high ceilings and oversized windows throughout the condo, per the listing held by Partners Trust broker Kevin Dees, which is just as wonderfully quirky as you’d expect from the actor.

The great room is open to the dining room, and the kitchen is equipped with chrome appliances. A red metal staircase leads to the second level, where the exposed brick-filled master suite is located. Other accents include brightly colored linoleum floors and some rather unique artwork and lighting. The condo also has access to a private terrace, which in turn leads to the building’s “sky deck,” complete with a saltwater pool, spa and fitness area.

This means there’s only one remaining penthouse left in Depp’s collection—if anyone’s interested, the one-bedroom, two-bathroom condo is currently on the market for $1.79 million, and it contains a wall mural by Brazilian street artist Osgemeos.