It’s hard to go a day in Canada without hearing about at least one of two types of drugs – but for vastly different reasons. One class of drug — opioids — kills four people a day in British Columbia. The other — cannabis — will be legal for adult purchase and consumption by this time next year.

The opioid overdose epidemic is Canada’s gravest public health crisis since the emergence of HIV in the 1980s. With its roots in the over-prescription of high-potency painkillers, sparked by the contamination of the illicit drug supply with fentanyl and related drugs, the crisis has reached across demographic divides. Experts agree on the need for creative responses based in scientific evidence.

Could cannabis legalization be a part of this solution? Increasingly, this is what the latest scientific research indicates.

The opioid crisis is a product of the medical system’s over-reliance on opioids for pain relief. Almost one in five Canadians live with some form of chronic pain. Twenty years ago, pharmaceutical companies began to develop slow-release formulations of opioids (e.g. OxyContin) and marketed them as safe and effective medications for the treatment of chronic non-cancer pain.

We know now that these drugs carry an extremely high risk of dependence and fatal overdose. Despite this, more than 20 million opioid prescriptions are filled each year in Canada. Drug overdoses are now the leading cause of death among Americans under the age of 50. And prescription opioids are involved in nearly half of these deaths. It is also becoming apparent that opioids might be less effective than initially thought in treating certain types of chronic non-cancer pain (e.g. neuropathic pain).

Cannabis, derived from the Cannabis sativa plant, contains several compounds. These include tetrahydrocannabinol (THC, the primary psychoactive component of cannabis) and cannabidiol (CBD). Beyond the well-known psychoactive effects of cannabinoids, new research has shown that they also interact with systems in the body involved in the regulation of pain.

This discovery has led researchers to investigate the potential for cannabis to treat various pain conditions for which opioids are currently first- or second-line therapies. High-quality clinical research involving cannabis has been stunted by its prohibited legal status. But a recent review of clinical studies involving cannabis-based medicines (including smoked or vapourized cannabis) found strong evidence for relief of chronic non-cancer pain.

The substitution effect is an idea from behavioral economics that describes how the use of one product might decrease when the availability of another increases. Substance use researchers have recently adapted this theory to understand the substitution potential between cannabis and opioids. In other words, does the use of opioids decrease with increasing access to cannabis?

In a landmark 2014 study, a team of researchers analzyed data from across the United States over a 10-year period. They found that states that had legalized medical cannabis saw 25 per cent fewer opioid-related deaths compared to states where medical cannabis remained illegal.

These findings broke ground for others in the field to find associations between U.S. medical cannabis laws and reduced state-level estimates of opioid use and dependence. But, because these population-level studies cannot observe individual-level changes in cannabis and opioid use, a closer look at these trends among different sub-populations of people affected by the opioid crisis is needed.

Not surprisingly, findings from surveys conducted among patients using medical cannabis across North America demonstrate a clear preference for cannabis over opioids. For example, roughly one-third of a sample of patients enrolled in Health Canada’s Marihuana for Medical Purposes Regulations (MMPR) program in B.C. report substituting cannabis for prescription opioids.

For chronic pain patients, this substitution effect appears even more pervasive, with cannabis substitution occurring in roughly two-thirds of a sample of former prescription opioid patients in Michigan who started using medical cannabis.

In the most recent study, 80 per cent of medical cannabis patients in California reported that taking cannabis alone was more effective at treating their medical condition than taking cannabis with opioids. More than 90 per cent agreed they would choose cannabis over opioids to treat their condition if it were readily available.

But what about the relationship between cannabis and opioids among some of those most affected by the opioid crisis — people with long-term experience using illicit opioids?

Untreated pain and substance use have a high degree of overlap. Pain was reported by almost half of people who inject drugs surveyed in a recent San Francisco study. Research from our colleagues in Vancouver found that under-treatment of pain in this population is common. It results in self-management of pain by obtaining heroin or prescription opioids on the street.

This means there could be a role for cannabis even among individuals with extensive experience using illicit opioids. A study from California of people who inject drugs found that those who used cannabis used opioids less often. It’s still unclear if this difference is directly due to cannabis use and more research is needed.

Even without chronic pain, cannabis may prove an effective alternative among individuals wanting to reduce or stop their opioid use. There is growing evidence for the use of cannabis in treating opioid addiction. CBD, the non-psychoactive component of cannabis, is known to interact with several receptors involved in regulating fear and anxiety-related behaviors. It shows potential for the treatment of several anxiety disorders.

Research is also investigating CBD’s role in modulating cravings and relapses — behaviors that are tightly linked to anxiety — among individuals with opioid addiction. Recent preliminary studies suggest that CBD reduces opioid cravings. A larger clinical trial is now underway in the United States.

Canada will soon be the first country in the G-20 to introduce a legal framework regulating the use of cannabis by adults for non-medical purposes. This will create a country-wide natural experiment for the world to observe. Legalizing cannabis will break down traditional barriers to understanding the clinical and public health impacts of the drug.

This massive drug policy change could not come at a more desperate time. By increasing access to the drug for therapeutic and recreational purposes, we will have the opportunity to investigate substitution effects within different populations of people who use opioids.

Protection of youth and removal of organized crime aside, the Cannabis Act may just be the unintentionally bold government response to the opioid crisis that our country so desperately needs.

Stephanie Lake is a PhD student in Population and Public Health at the University of British Columbia and M-J Milloy is a Research Scientist in the BC Centre on Substance Use and an Assistant Professor in the Division of AIDS, UBC Department of Medicine at the University of British Columbia. This article was originally published on The Conversation. Read the original article. 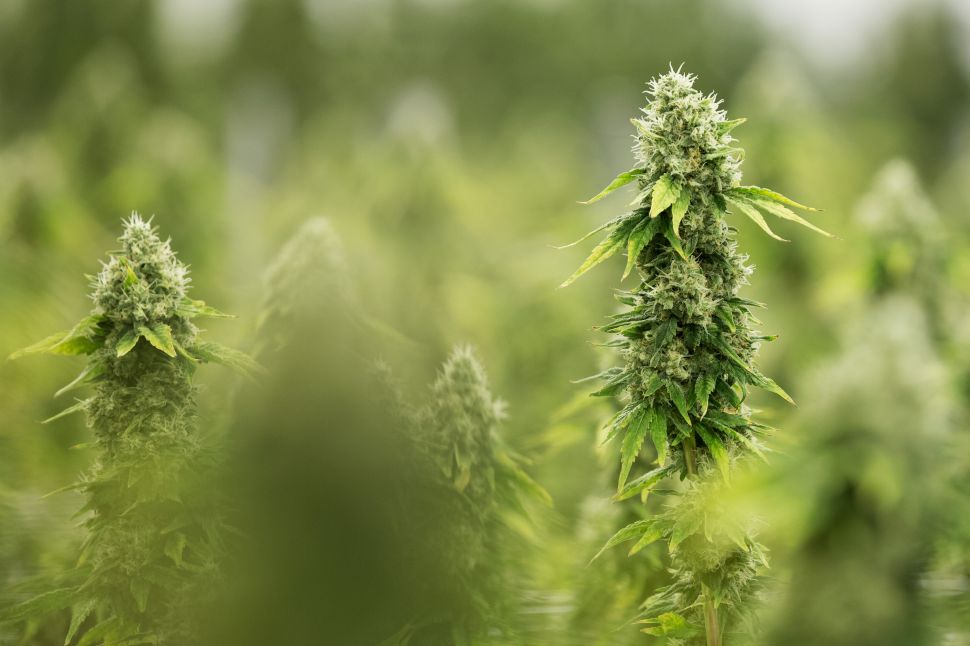