On August 20, Leon Ford tweeted a video clip of his son cheering him on as he took a few steps with the aid of leg braces and a walker. Doctors had told him he would never walk again after being shot five times by Pittsburgh police officers in 2012. The tweet went viral, receiving over 163,000 retweets and more than 358,000 likes.

Ford’s experience is a harrowing parable of police brutality and excessive force in the United States. At 19 years of age, he was stopped for a minor traffic violation only to be misidentified as a criminal suspect with a similar name, dragged out of his car and shot as the car began rolling down the street during the scuffle. The shooting left him paralyzed, and he was charged on several counts for crimes he did not commit. The charges were later dropped by the Allegheny County District Attorney’s office but not until late in 2014. His traffic stop violation, running a stop sign, was still upheld, while the officer who shot Ford, David Derbish, was placed on desk duty. Ford easily could have been another victim in the long list of citizens who have died at the hands of police, but he survived to tell his story and advocate for reforms.

When you get shot by a police officer 5 times–and docs say that you will ever walk but your son says keep pushing 💪🏾💪🏾💪🏾 Untold 11•11•17 pic.twitter.com/DPuTcp6i3g

“The doctors told me that I would never walk again, and that is still the prognosis; however, I’m very faithful, and I believe wholeheartedly that I will walk again, especially without braces,” Ford told Observer.  “I’m able to use these. They’re called RTO braces, [they] help me stand and take steps. It’s my hope one day that my legs will get stronger and my nerves will start to fire again, and I will be able to be fully functional without the use of any assisting devices.”

Ford is currently pursuing a civil rights lawsuit against two of the officers involved in his shooting. And despite this experience, Ford upholds a positive attitude. “I would like people to know that no matter what they go through, they can still be positive,” he said. “No matter how much hatred people say exists in the world, each of us have what it takes to produce love. As long as we continue to love one another, continue to spread this love, then we can change the world. My story is one of love. It’s one of overcoming adversity, turning a tragedy into a triumph.”

On November 11, Ford is releasing a book, Untold, on his experiences and recovery. Its launch is timed to coincide with the fifth anniversary of the shooting that almost took his life. Writing the book, he explained, was a way to cope with what happened to him. “I had a therapist and I only went one time because there wasn’t that connection,” he said. “I pretty much went into this bubble where I began to write. As I began to write about my journey, it [became] therapeutic. I began to heal in places that I didn’t even know were broken. I began to know more about myself, more about my role in society. Through this journey I documented the lessons that I’ve learned, and how those lessons have guided me towards healing, forgiveness and peace.” 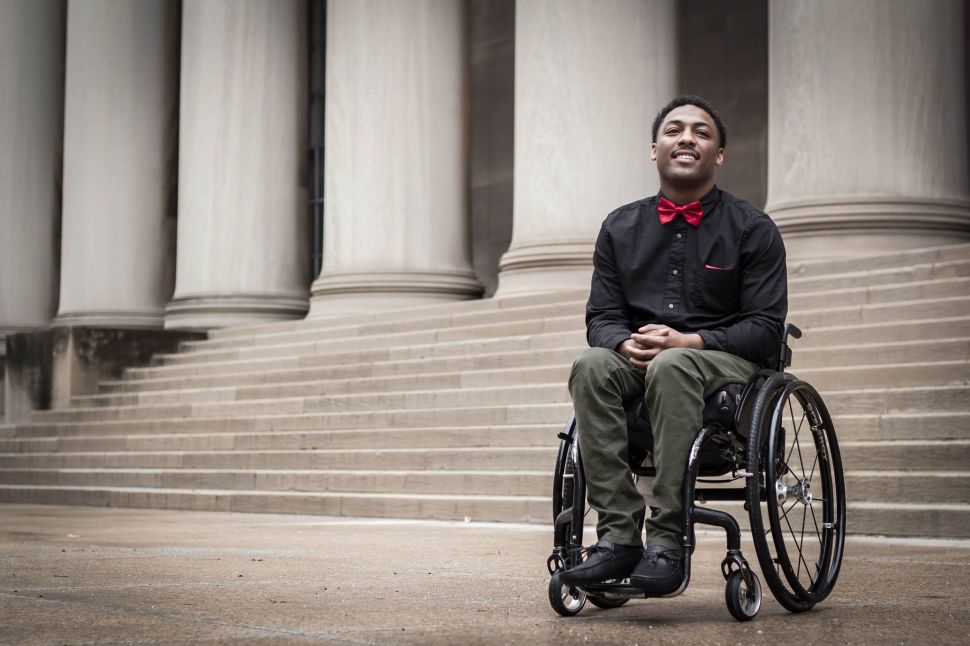