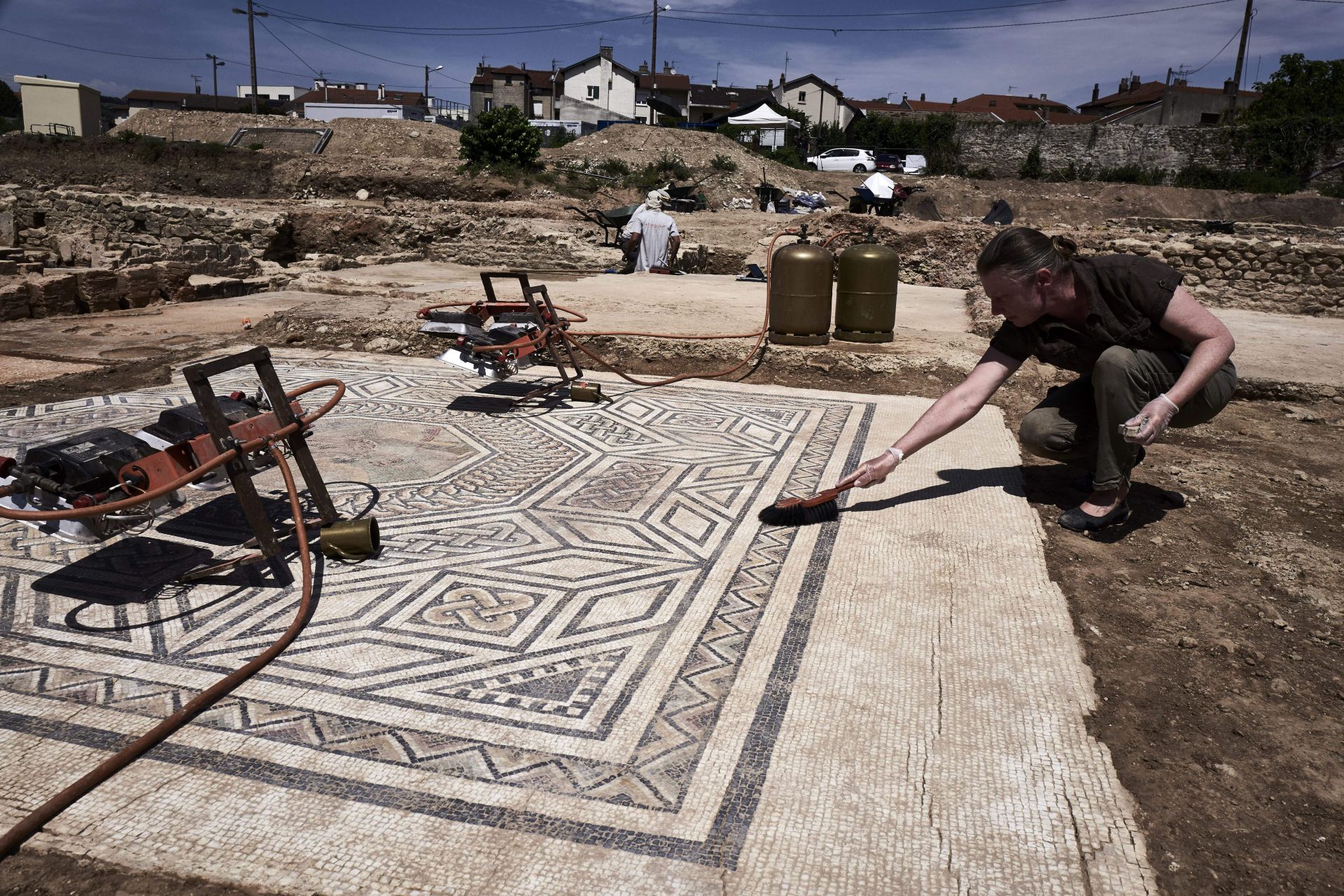 An archaeologist works on a mosaic on July 31, 2017, on the archaeological antiquity site of Sainte-Colombe, near Vienne, eastern France.
JEAN-PHILIPPE KSIAZEK/AFP/Getty Images 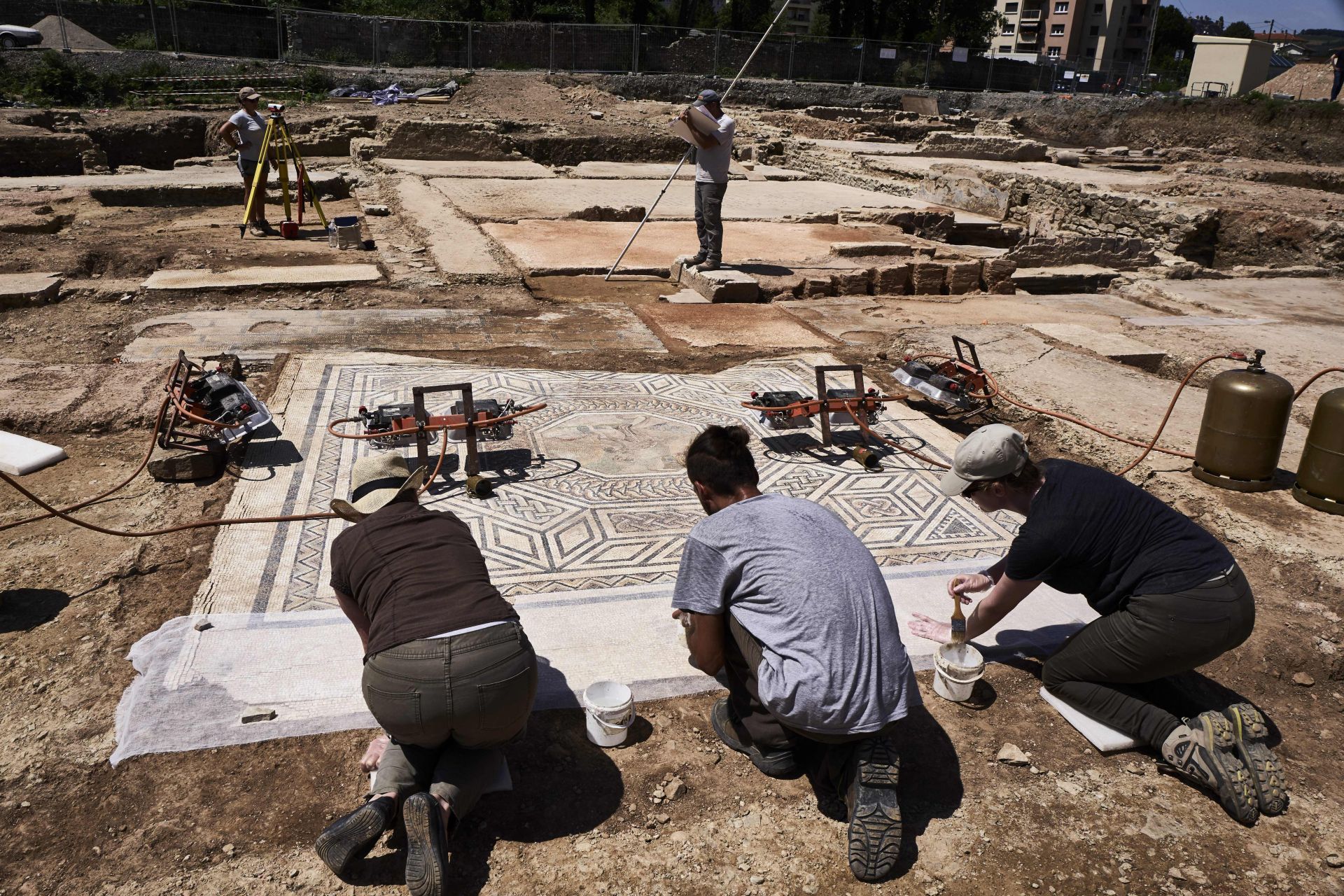 The dig of the site, discovered prior to housing construction on a parcel of 5000 m2, began in April 2017 and was due to last six months, but have been extended to December 15, 2017, after the site was classified as an "exceptional discovery" by the French Culture Minsitry.
JEAN-PHILIPPE KSIAZEK/AFP/Getty Images 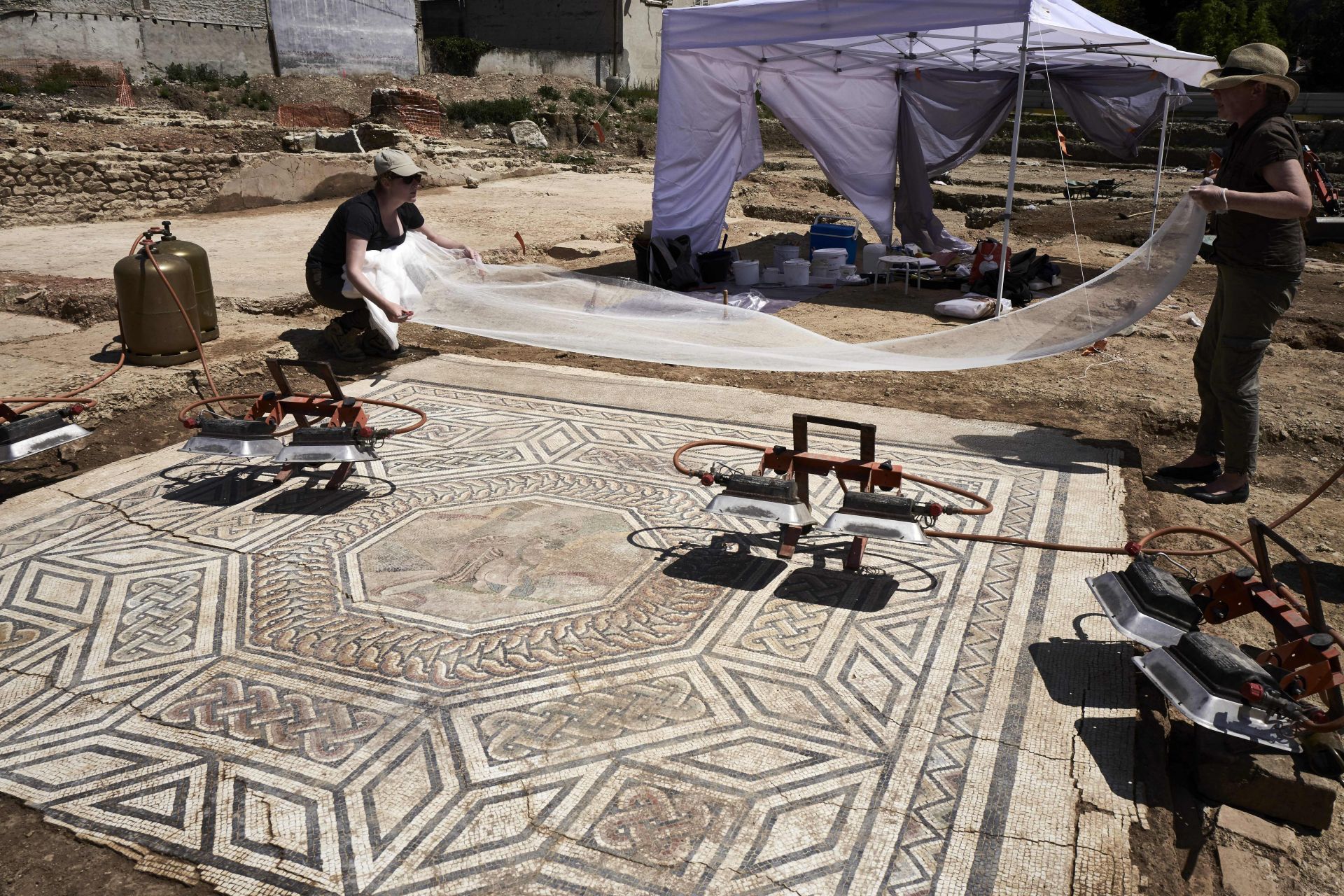 Remains of an entire neighborhood of the Roman city of Vienne have been uncovered in Sainte-Colombe, with lavish residences decorated with mosaics, a philosophy school and shops.
JEAN-PHILIPPE KSIAZEK/AFP/Getty Images 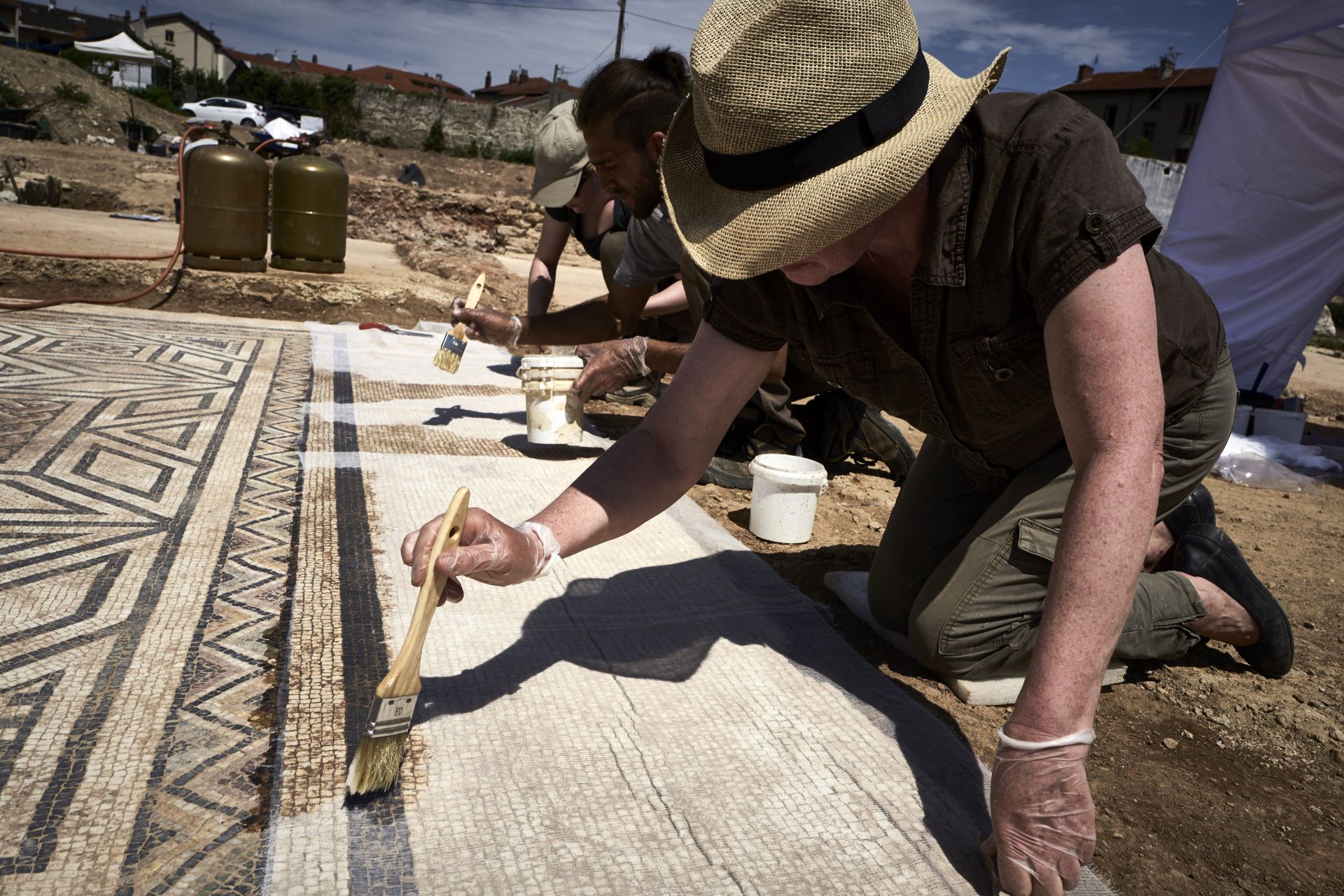 Another view of the excavation at Vienne.
JEAN-PHILIPPE KSIAZEK/AFP/Getty Images 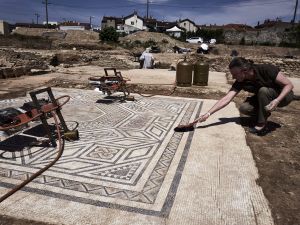 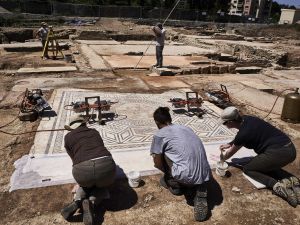 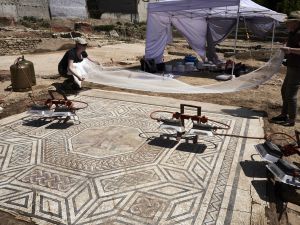 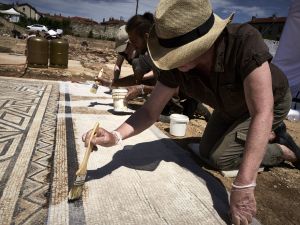 Archaeologists working in France have uncovered the remarkable remains of a Roman town from the first century A.D. during an excavation along the Rhone river near Lyon. Their finds are so pristine, in fact, that experts are calling the site a “Little Pompeii,” in reference to another more famous Roman-era city which was preserved like a time capsule beneath layers of volcanic ash after a historic eruption from Mount Vesuvius in 79 A.D.

This newly discovered residential and commercial complex, which was abandoned after a series of fires in the fourth century, is the once bustling city of Vienne, a notable stop along the route between Northern Gaul and the Roman empire in Southern France’s Gallia Narbonesis, according to the Guardian.

“We’re unbelievably lucky. This is undoubtedly the most exceptional excavation of a Roman site in 40 or 50 years,” archaeologist Benjamin Clement told the Guardian.

Finds so far include metalworking and food shops, a warehouse for storing wine, residential homes once occupied by nobility featuring detailed tile mosaics, a school, an extensive and sophisticated sewer system and the largest market square of its kind to be discovered in France, according to a report from The New York Times.

Notable artifacts recovered from the dig include a bronze medal that dates to 191 A.D. with ties to the emperor Commodus, which the Times points out was the starring villain of the 2000 film Gladiator, played by actor Joaquin Phoenix.

The medal as well as objects such as an ax head and structural elements like wooden beams were all oxidized by the fires that plagued the city, which effectively prevented the natural process of decay and corrosion through the centuries, according to experts. Clement told the Times that the site is “an instant photograph of life at the beginning of the second century and at the middle of the third century.”

France’s culture ministry is calling the town’s discovery an “exceptional find” and has has approved an extension for excavations to continue through the end of the year.