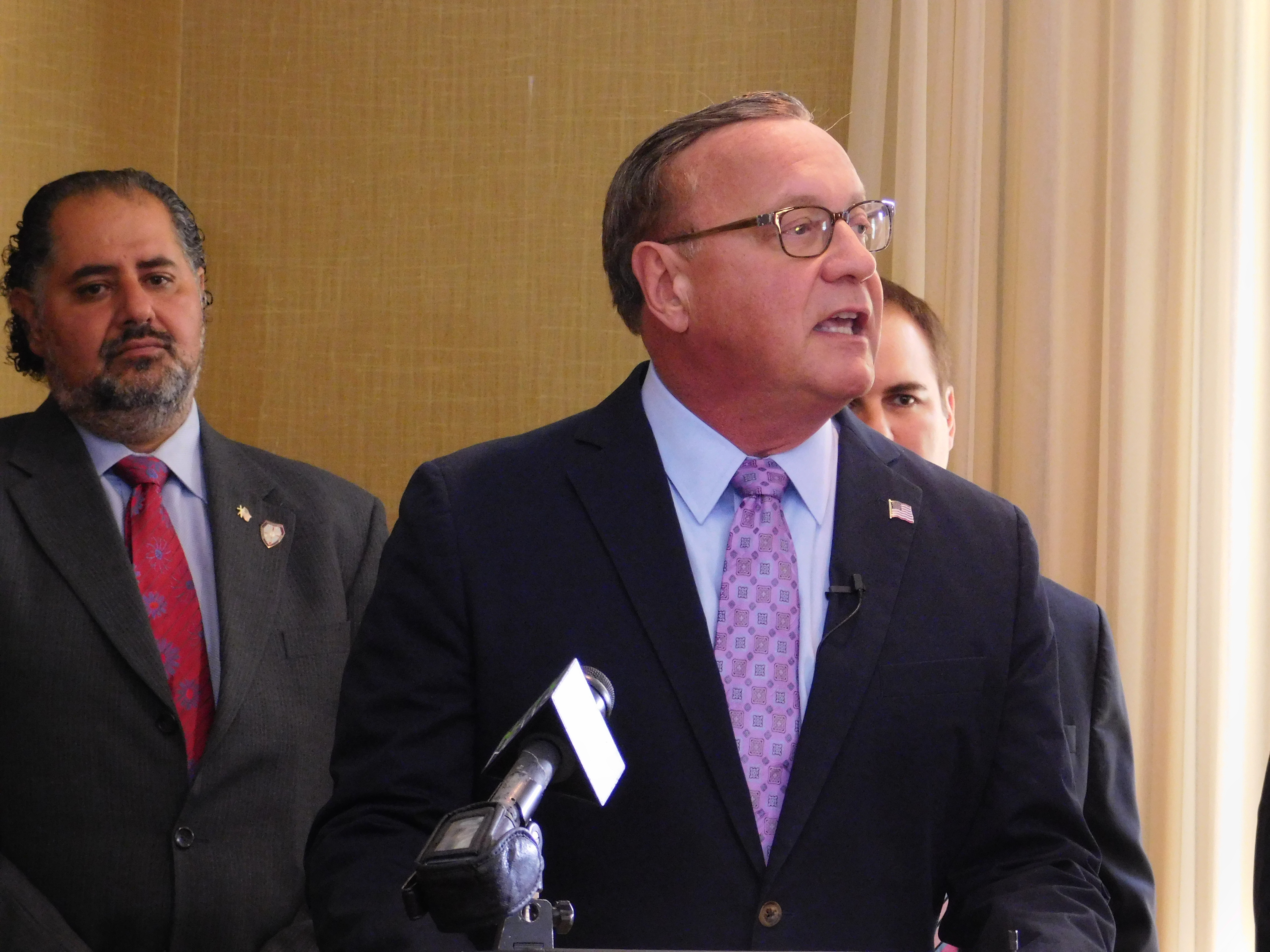 PARAMUS — Arch-conservative Steve Lonegan, the former mayor of Bogota and perennial Republican candidate, has officially entered the race in the 5th congressional district.

Lonegan’s entrance makes him the first declared Republican challenging Rep. Josh Gottheimer (D-5) in the 2018 midterms. Should Lonegan win the Republican primary, the 2018 race would closely resemble the one in 2016. Gottheimer, who has been working hard to cast himself as a moderate Democrat, beat Rep. Scott Garrett, another arch-conservative, last year in what has traditionally been one of the reddest New Jersey districts.

Gottheimer is co-chairman of the bipartisan Problem Solvers Caucus — which also includes Rep. Leonard Lance (R-7) — and was one of only five House Democrats to vote in favor of a security-themed spending package that included funding for President Trump’s controversial border wall, a provision that Gottheimer said he does not support.

But Lonegan will be making the case that Gottheimer is still too far to the left of 5th District voters.

“Liberal Josh Gottheimer is not a moderate,” Lonegan said at his Thursday campaign announcement. “He is in step with this big government agenda. …We need to stand up and fight that.”

At his campaign launch at a hotel in Paramus, Lonegan said Republicans need to get behind Trump’s policy agenda — a reversal from his earlier position on the president.

During the 2016 election, Lonegan was one of Trump’s loudest critics in New Jersey. He was the state chairman for Texas Sen. Ted Cruz’s presidential campaign and called on top party officials to “unbind” delegates to the Republican National Convention so that they could “vote their conscience.” That plan could have deprived Trump of the nomination.

Because of those efforts, Trump once called Lonegan a “loser.”

“Imagine if Republicans were all behind Trump’s agenda right now — we’d be winning in Washington, D.C.,” Lonegan said, denying that he was ever part of the “never Trump” movement. “When Trump got the nomination I supported him. … I am behind this president. I think what we are watching from the left is just absurd.”

Lonegan opposes abortion and leans heavily to the right on social issues. He is also a fiscal hawk in the tea party mold, supporting deep cuts to a range of federal programs. Democrats say electing Lonegan in 2018 would be step backward for the district.

“From opposing choice, even in cases of rape and incest, to his anti-gay and anti-minority bigotry, to working against law enforcement and firefighters, Lonegan’s tea party politics have no place in New Jersey,” said Evan Lukakse, spokesman for the Democratic Congressional Campaign Committee.

On the other hand, some Democrats say they would be glad to have Lonegan as the Republican candidate in next year’s race. The former Bogota mayor has not found success running for higher office over the years.

Lonegan has twice run for New Jersey governor, in 2005 and 2008, but lost both of those races in the Republican primary. He moved to a South Jersey district to run for an open House seat in 2014, but he lost the primary to Rep. Tom MacArthur. In 2013, he unsuccessfully ran against Cory Booker for the Senate seat that opened up after the death of Sen. Frank Lautenberg.

Although he lost the Senate race to Booker by nearly 11 points, Lonegan on Thursday pointed out that he won the 5th congressional district in that special election.

“Despite his fundraising prowess, has lost every time — it’s not often that I agree with President Trump, but he hit the nail on the head when he called Lonegan ‘a loser,’” Lukaske said.

Lonegan pledged to serve only five terms — or 10 years — if elected. Garrett had represented the 5th district for 14 years before being unseated by Gottheimer.

Owing to its rightward tilt, the 5th district has been identified by the National Republican Congressional Committee as a target in the 2018 midterms.

Lonegan — a longtime movement conservative who has contacts nationwide, easy access to conservative talk radio hosts, and has held high-ranking positions at conservative groups such as Americans for Prosperity and the American Principles Project — could bring some rhetorical firepower to the race if he is the Republican nominee. But other well-connected Republicans also have been exploring a run against Gottheimer. And no matter who ends up as the GOP nominee, Democrats will be pulling out all the stops to defend the seat.

Gottheimer has broken fundraising records this year for a House freshman, reporting almost $1.6 million in fundraising as of June 30. 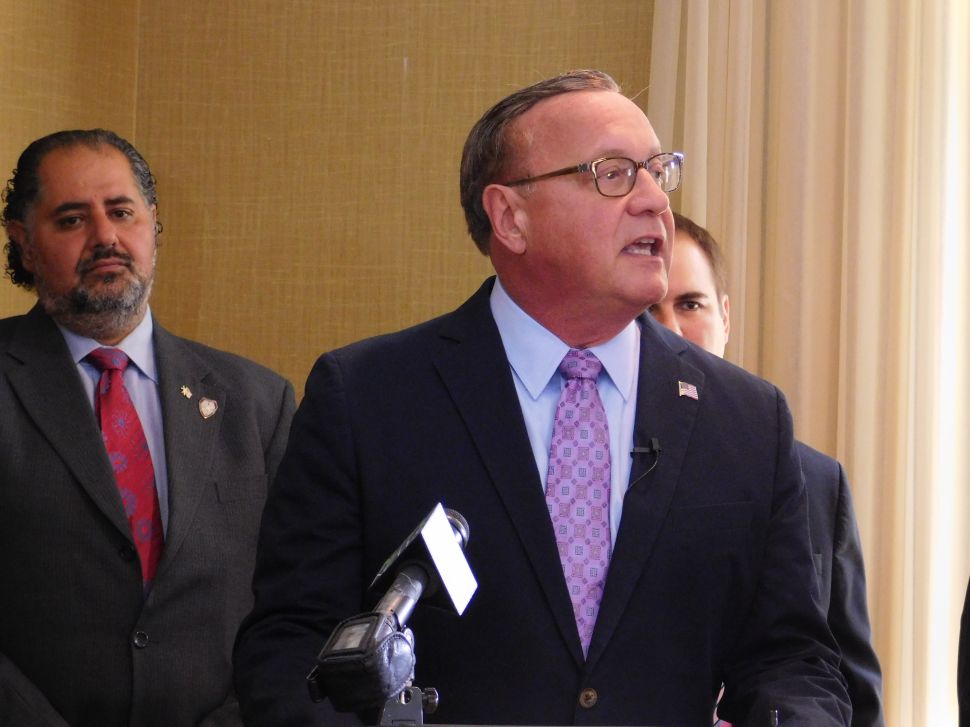