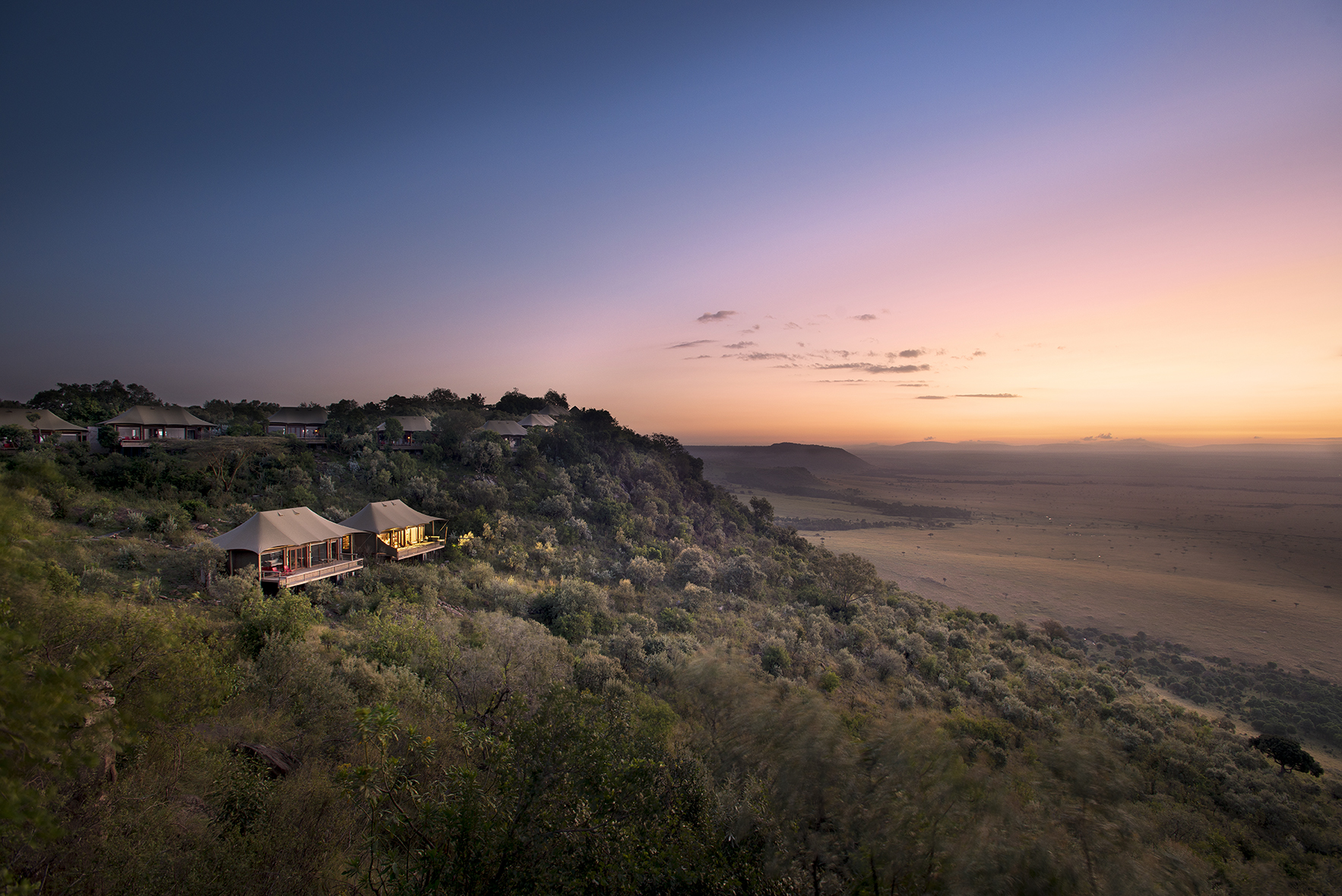 Angama Mara is one of the most luxurious safari lodges in Kenya. Scroll through to see inside the lavish spot.
Courtesy Angama Mara 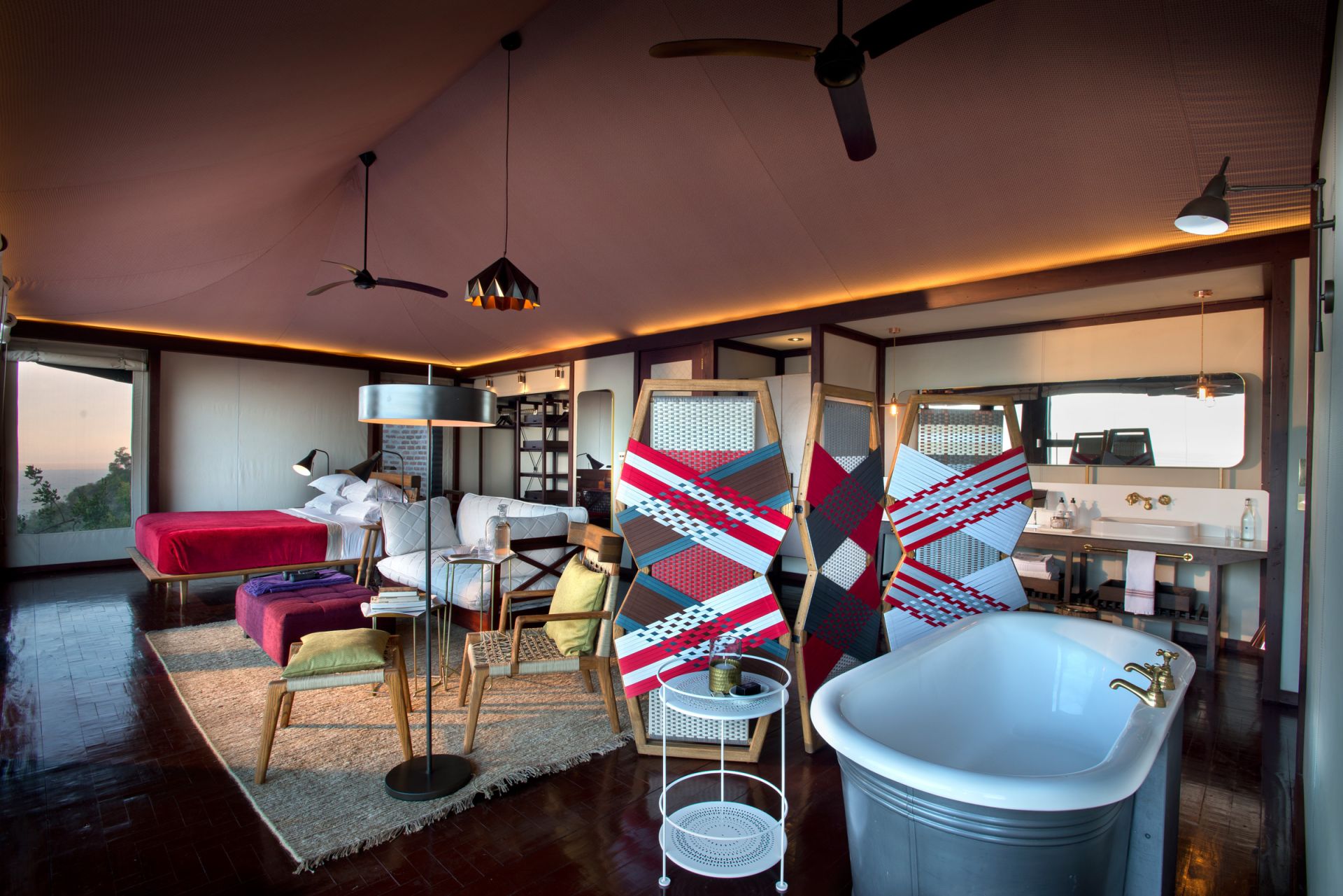 They're über glamorous, with walls of glass.
Courtesy Angama Mara

Scenes from 'Out of Africa' were filmed here.
Courtesy Angama Mara

A stay the luxe lodge will cost you $1,500 a night, per person, during high season.
Courtesy Angama Mara 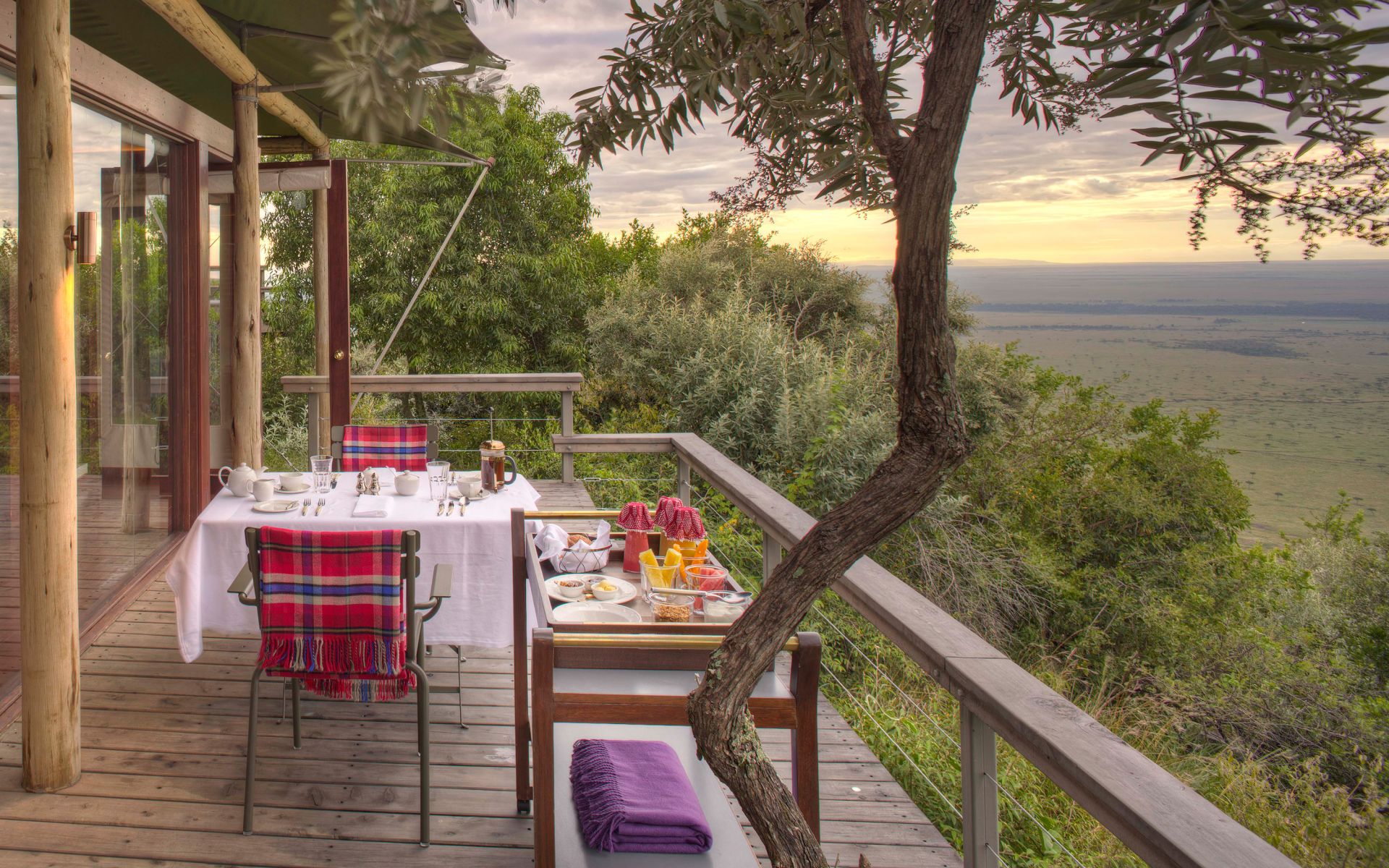 There are plenty of decks for outdoor dining.
Courtesy Angama Mara

Perhaps Prince Harry and Meghan Markle should make the trip over from Botswana.
Courtesy Angama Mara 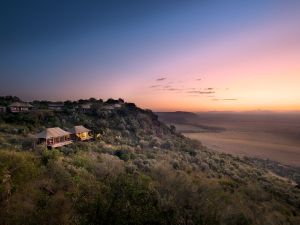 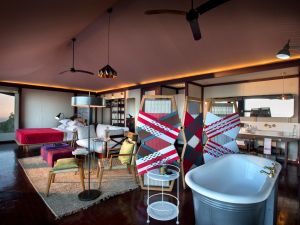 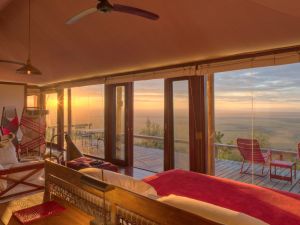 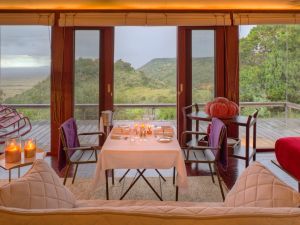 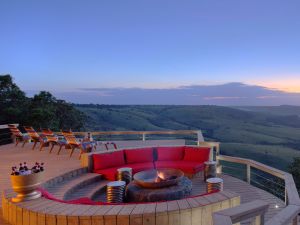 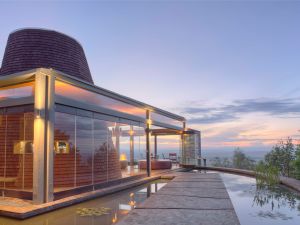 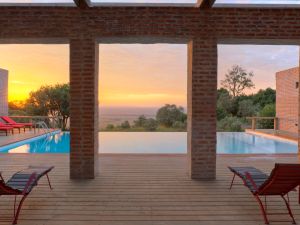 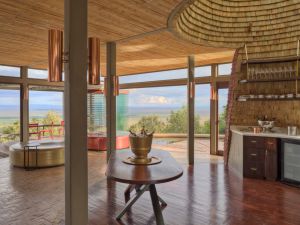 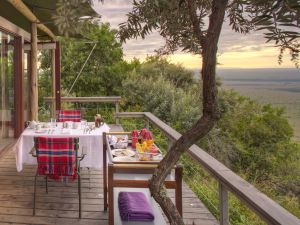 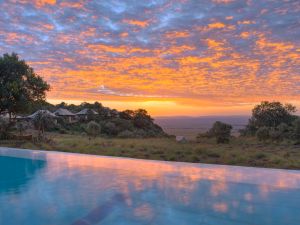 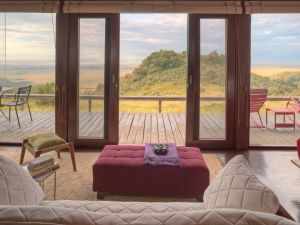 As you may have heard, Prince Harry and Meghan Markle are currently on a trip to Africa, to celebrate the Suits actress’s 36th birthday. The couple is reportedly in Botswana, and of course there are rumors that the prince will propose to his girlfriend while there.

It would be rather fitting, as his brother, Prince William, proposed to Kate Middleton while in Africa, when the two were vacationing in Kenya.

Indeed, luxe African safaris are definitely having a moment right now, especially for romantic honeymoons and retreats. If you need some inspiration, look no further than Angama Mara, in Kenya’s Maasai Mara. It was recently named the number one “Top Outdoor Adventure Hotel” by AFAR Magazine—it’s where Julianne Hough went on her recent honeymoon, and the luxury safari lodge is also where many of the scenes in Out of Africa were filmed, including the iconic picnic scene.

Angama Mara opened just two years ago. It’s composed of two separate camps of just 15 tents each, on the edge of the Great Rift Valley. The tents, however, are definitely not what you slept in during summer camp. The lavish accommodations have 30-foot-wide floor-to-ceiling glass fronts, from which you can take in the sunrises and sunsets, as well as parquet floors, decks for in-room dining, sleek vanities with double basins, writing desks, woven screens and even a butler’s lobby, for the delivery of tea, coffee and the like.

And if you’re just not able to totally separate yourself from technology (or just really want to Instagram some scenic sunset photos, for which we don’t blame you), there’s wifi and plenty of charging and tablet options.

When you’re not in your tent, there’s the guest area, a glass space with decks, eating, dining and sitting areas. In the Pavilion there’s a fitness center, infinity swimming pool and a safari shop, where you can buy Kenyan clothing and jewelry. There is also a library, as well as spaces to get spa treatments. There is also a curated gallery of African art, as well as a craft studio.

The game viewing in the Mara Triangle is definitely one of the highlights of the lodge; you can see the annual Great Migration, where millions of wildebeest and zebras enter the reserve. You also see lions, leopards, rhinos, elephants and other animals.

During high season, a stay the lodge will cost you $1,500 per night (per guest).

And of course, the safari lodge makes sure to cater to the many honeymooners who venture there—they offer massages in the private balconies of the suites, but it’s the Out of Africa-esque picnic experience that is surely the favorite. Guests are escorted up the hill by a Maasai naturalist, where they partake in a lavish picnic complete with checkered blankets, cushions, chairs and a serious food spread, as well as wine.

Perhaps Prince Harry and Markle will make the trip over to Kenya, after they enjoy Botswana, of course. It does seem like a lovely place to celebrate an engagement.