Few world leaders have antagonized the United States and Israel with bombastic language worthy of a North Korean dictator more than former Iranian President Mahmoud Ahmadinejad. The new Iranian government’s decision to try and bust this former leader for corruption is a positive development for President Donald Trump and America.

As Reuters reports, “Iran’s former president Mahmoud Ahmadinejad faces sentences on seven verdicts of misusing billions of dollars in government funds while in office [according to] the public prosecutor at Iran’s Supreme Audit Court.” It seems the billions disappeared during Ahmadinejad’s second term in office, as noted by the court, which is supervised by the Iranian Majlis, the parliament, controlled by reformers and moderates.

Ten years ago, Mahmoud Ahmadinejad caused a worldwide nuclear crisis with his incendiary anti-Israeli threats. The Iranian Revolutionary Guardsman, appointed mayor of Tehran, had won the presidency in 2005 as most voters rejected Ali Akbar Hashemi Rafsanjani, an unpopular career politician, according to the BBC.

As Iranians cooled to the former revolutionary’s ineffective populism, the harsh conservative Ahmadinejad sought to distract the public with rampant anti-Semitism, tinged with nuclear threats. He threatened to “wipe Israel from the face of the Earth,” denied the Holocaust, and called Zionism racism.

Such bombastic statements prompted the world, which had been handling the Persian power with kid gloves, to take action to curtail Iran’s budding nuclear program. In 2010, the United Nations Security Council slapped new sanctions on Iran. But Ahmadinejad kept going, criticizing the United States for killing Osama bin-Laden and calling 9/11 “mysterious” in a UN speech that led diplomats to storm out in disgust.

As the BBC profile notes, “Mr. Ahmadinejad maintains a populist streak, calling his personal website Mardomyar, or the People’s Friend. He also has a reputation for living a simple life and has campaigned against corruption.”

Or so it seemed, until billions of dollars in government funds went missing under his administration. His reelection was achieved only through a bloody crackdown on student protesters. But will the authoritarian Ahmadinejad truly face justice? There’s a very good chance he will, because it is in the interest of the reformers in charge of Iran.

In a sharp repudiation of Ahmadinejad’s mismanagement of the economy, which suffered under the weight of sanctions from his nuclear threats, voters swept in reformers in 2013, knocking out Ahmadinejad’s hand-picked conservative successors. Ahmadinejad launched a comeback bid this year, but he was blocked from doing so, even by the conservatives who once supported him. That’s because he sought to bully or intimidate fellow hardliners, earning the ire of Supreme Leader Ali Khamenei, who allowed reformers like Hassan Rouhani to win the presidency, which would have been unthinkable four years ago.

Holding Ahmadinejad accountable for corruption is like busting Al Capone for tax evasion. It’s not the worst thing either did, but any prosecution is better than no prosecution. Such action, if followed through, should increase American confidence that the Rouhani government, backed by its elected parliament, is a regime we can do business with.

Such an action should give Trump confidence that he can either let the prior nuclear deal stand, or negotiate another one while keeping friendly ties with an Iranian government willing to hold prior hardliners accountable. 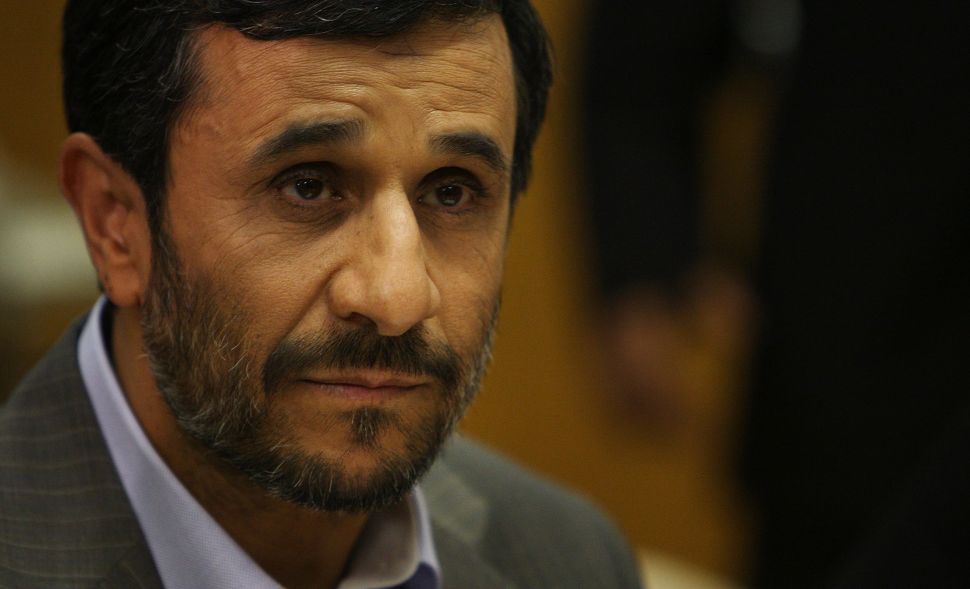