It’s still early, and the studies have been very small, but evidence suggests that it’s worth exploring the effectiveness of cannabidiol (CBD) as a treatment for stress. CBD is one the chief active chemicals found in marijuana. While the familiar high most people use weed for comes from tetrahydrocannabinol (THC), most researchers agree that CBD provides weed’s mellowing effect. It doesn’t intoxicate users, but it does calm them down.

We dug into some of these other chemicals when we reported on a company called PotBotics, which uses brainwave readings (EEG) to pick the optimal strains of pot for a users’ needs. Popular Science later reported that there probably isn’t enough research to pick a cannabis strain for someone off EEG data, but we do know there’s more to cannabis than THC and getting stoned.

CBD’s calming effect might extend throughout the body, all the way down to the very vessels through which blood flows. If it does, it could be a way to help the 75 million Americans with high blood pressure control the condition. It’s going to be a while before we know though.

In a paper published this year, the University of Nottingham’s Prof. Saoirse O’Sullivan describes how nine healthy volunteers exhibited reduced blood pressure response to stress after just one treatment of CBD. It was a double-blind study, and researchers didn’t unblind the results until they finished their analysis of the data.

While the blood pressure response to stress was lower after taking CBD, blood flow didn’t degrade. The system was still circulating well, but the heart didn’t suffer as much under stress. It was a small test and it suggests that more could reveal positive results. “What we’re doing now, currently, is looking at whether or not we can repeat that,” O’Sullivan told the Observer in a phone call, “and, also: What happens when you do repeated dosing?”

SEE ALSO: This club drug could be the cure for depression.

O’Sullivan has been studying cannabis’s effects for 15 years now. “What I’ve been able to do is translate the research from cells and animal models into humans,” O’Sullivan said. Most of the work on CBD and stress has been on animals, and drugs don’t always work the same in humans as they do in animals. Furthermore, the work at this stage is pre-clinical, which means that she’s only been testing healthy volunteers.

Cannabis doesn’t tend to do anything when there’s nothing wrong, she said. We won’t really know until research reaches the stage when they start testing it against people with cardiovascular issues.

But there is promise. “A lot of my original work ten years ago was into how it helps vessels to relax and dilate,” O’Sullivan said (blood pressure increases when our blood vessels contract). On the other hand, in a review of existing literature on CBD, O’Sullivan also found evidence that CBD might only be good under stressful conditions. This analysis included animal tests, however, so it’s far from conclusive.

Later this year, she’ll run trials with people for a full week, where they take a dose of CBD in capsule form each day. They’ll go through the stress tests on the first day and the last day. This time, researchers also have access to some new ways of measuring blood flow, so they’ll have a more complete picture of what’s going on inside test subjects.

We should have some idea bout the results of her experiments sometime late this year or early next year. If it continues to be promising, there might be further experiments taking us ever closer to using drugs derived from weed to deal with one of the most common ailments in the industrialized world.

That is, if companies and researchers can get their hands on it. GQ reported this week on a quiet conspiracy that appears to be aimed at patenting all the major strains of pot, which could both make further science too expensive and create a disincentive to study it.

Meanwhile, CBD has been a hot topic as a form of self-medication for all kinds of conditions. “It does definitely have a sedative effect,” O’Sullivan told us. She knows of a lot of people using it for conditions like anxiety or insomnia. The problem is, it’s not something people can go and talk to their doctor about, because there still hasn’t been clinical work done to provide clinicians with the information they would need to give patients good advice.

“What’s available on the internet and the tablets you can buy,” O’Sullivan explained, “the doses tend to be a lot lower than the kinds of doses we would use in clinics.”

In the recent experiment, volunteers were given 600 mg of CBD (or a placebo). Just to give an idea of the difference, this CBD spray from Herbal Renewal only has 100 mg in an entire $45 dollar (though the Food and Drug Administration later tested the oil and found it had less CBD than advertised). As long as Federal prohibition remains in place, CBD will remain expensive in the U.S., because manufacturers have to extract it from industrial hemp. In late December, the Drug Enforcement Administration ruled that CBD is illegal, but that hasn’t stopped its sale. Everything about the law and weed is confusing right now, and a lot of it seems to come down to law enforcement’s discretion.

Nevertheless, people are using CBD and figuring out their own dosing through trial and error, and the FDA hates it.

Marijuana fans also love to experiment with different ways of doing the drug, from smoking to vaping to edibles. The method makes a difference in the experience, and that’s why CBD users are also trying the effects of taking it different ways, such as using sprays that go under the tongue or oils. O’Sullivan believes that taking CBD as a capsule may not be as efficient as some of the others methods (so her 600 mg pill might deliver far less to the user’s blood stream).

“I would be very interested at looking at different delivery mechanisms,” O’Sullivan said. 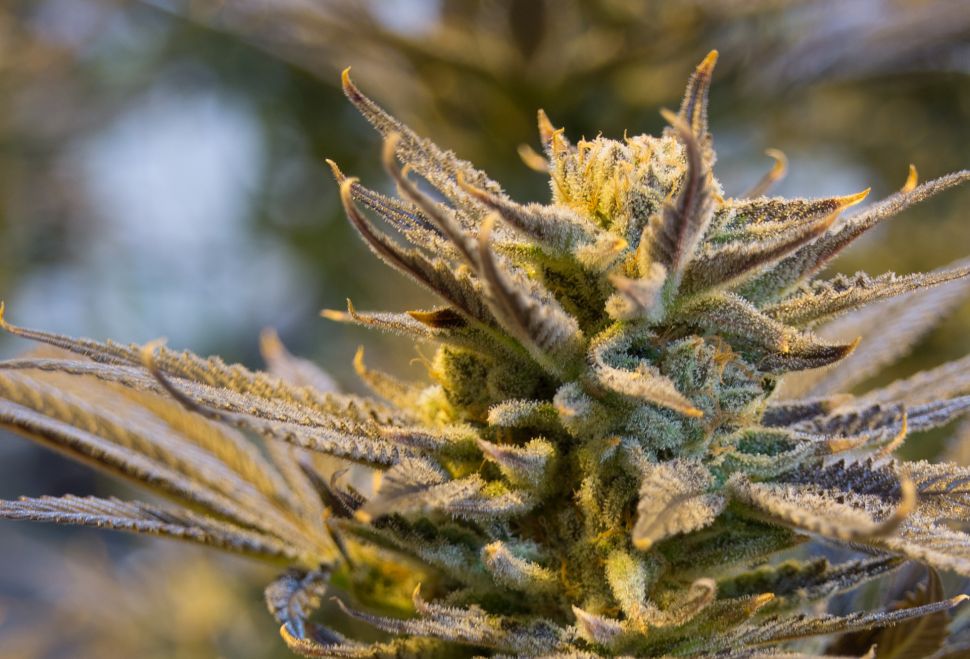