The Rev. Seth Kaper-Dale — a Protestant minister from Highland Park — is running as the Green Party’s candidate for governor in New Jersey’s world of highly organized and dominant political parties.

“The Democratic Party in New Jersey is such a poor excuse for progressives, that is what drove me to the Green Party,” said Kaper-Dale. “I have voted Democrat most of my life.”

Democrat Phil Murphy amd Republican Kim Guadagno have dominated the conversation about the November general election to replace Gov. Chris Christie. Guadagno is the current lieutenant governor. Murphy is a privately-wealthy former Goldman Sachs executive and ambassador to Germany who self-funded his primary campaign with over $16 million of his own money.

Kaper-Dale and his wife, Stephanie, are co-pastors of the Reformed Church of Highland Park. In 2012, they made headlines after giving sanctuary to a group of Indoniesian Christian immigrants fearing deportation and religious persecution.

The couple has three daughters. Kaper-Dale, 42 years old and a graduate of the Princeton Theological Seminary, is the founder of three nonprofit groups: Interfaith-Refugee and Immigrant Services and Empowerment; RCHP-Affordable Housing Corp., a group that helps women aging out of foster care, homeless veterans and the formerly incarcerated; and Who Is My Neighbor, a group focused on social change in Highland Park.

For example, Kaper-Dale agrees with Murphy on the need for a state-run bank, on boosting the minimum wage, and on making New Jersey a sanctuary state and increasing women’s health protections. In that regard, he and an independent candidate in the race, Gina Genovese, are running on similar platforms mostly hewing to the progressive ideas Murphy has championed.

But Kaper-Dale sees some shortcomings in the institution of the New Jersey Democratic Party, which is more transactional and less ideological than some of its counterparts across the country. The minister said he cannot support a party that in 2013 backed Gov. Chris Christie for re-election and abandoned Democratic gubernatorial candidate Barbara Buono. (The party did not officially back Christie, but the powerful Democratic Essex County Executive, Joe DiVincenzo, did endorse the Republican governor, and other power brokers that have cut deals with Christie over the years sat out the race instead of aiding Buono.)

Kaper-Dale’s main focus, he said, is to help those from the most vulnerable communities and advocate for those who cannot vote and make their voices heard through the democratic process: undocumented immigrants, children and the incarcerated community. Kaper-Dale calls his philosophy of helping the most vulnerable “last are first,” something that he says avoids “trickle-down from the top” and replaces it with “well-springs from the bottom.”

“I think that if issues of justice and peace are not at the forefront, then we have a serious problem,” he said. “I don’t believe they have been at the forefront in New Jersey and that that has led to a lot of the problems we have in the state right now.”

His lieutenant governor candidate is Lisa Durden, a former professor at the Essex County College who was fired after giving an interview on Fox News in which she defended the decision of a local Black Lives Matter chapter to hold a Memorial Day event for blacks only.

“We can create a more economically healthy community if we are actually helping people get what they need to thrive,” he said. “My job is to motivate the 61 percent of people who didn’t vote for either party in last election. To show them their votes matter.”

Kaper-Dale has never before run for office but he said that his administrative experience in the faith community and with nonprofit groups make him a solid choice for New Jersey governor. In order to bring more revenue to New Jersey, Kaper-Dale says that the state must go to a Medicare-for-all health care system and create more tax brackets to boost tax revenue collected from high-income New Jersey residents. New Jersey currently has seven tax brackets while California — another affluent state — has 13. State voters consistently rank high property taxes as their top issue. 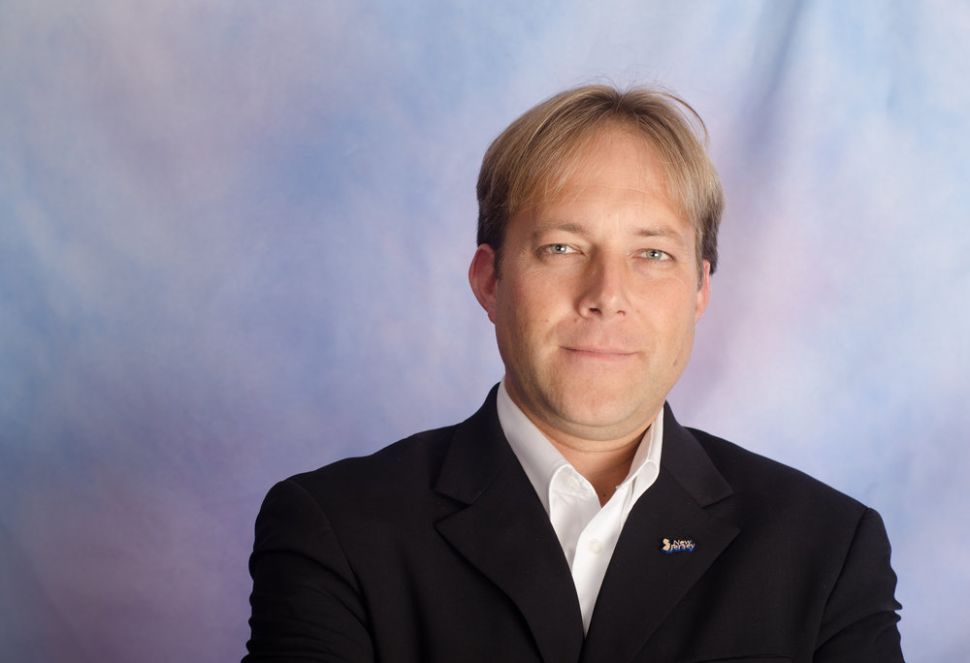