Within the span of a week, the Metropolitan Museum of Art has been asked to surrender not one but two antiquities in its care to authorities under suspicion that the works were believed to have been looted decades ago, according to separate reports from The New York Times.

The historic vase was bought by the museum in 1989 for $90,000 at an auction at Sotheby’s, according to the Times, and it is believed to have been painted by celebrated Greek artist Python around 360 B.C. Sotheby’s did not respond to a request for comment.

The vase’s illicit provenance came to the attention of authorities after forensic archaeologist Christos Tsirogiannis, of the Association for Research Into Crimes Against Artphotographic, sent photographic evidence linking the artifact to art dealer Giacomo Medici. The dealer was convicted and served time for conspiracy to traffic antiquities in 2004; however, he has denied his involvement in this case.

Met Museum chief communications office Kenneth Weine told the Times in a statement, “The museum has worked diligently to ensure a just resolution of this matter.” The Met swiftly removed the vase from display in its Greco-Roman galleries just a day after receiving the warrant and turned over the object to authorities. The museum has also not yet responded to the Observer’s request for comment.

The second object to be turned over by the museum is an ancient marble statue depicting a bull’s head, loaned to the museum by collectors Lynda and William Beierwaltes. But while the case of the vase came to the attention of authorities via evidence from a third party, the statue’s questionable provenance was flagged by a curator at the museum.

In a statement on the bull’s head to the Times, the Met said, “Upon a Met curator’s discovery that this item on loan may have been stolen from government storage during the Lebanese civil war, the museum took immediate action. We contacted the Lebanese government and the lender, we took the item off display, and we have been working with federal and state authorities, which recently involved delivering the head of the bull to the Manhattan D.A. upon its request.”

The artifact, which is over 2,000-years-old and dates to around the same as the vase and is also believed to be Greek in origin, was uncovered at the Temple of Eshmun in Sidon, Lebanon. The statue was bought by the Beierwaltes in 1996 from a London dealer, and then resold to collector Michael H. Steinhardt who later tried to resell the piece back to the couple, according to the Times. The Beierwaltes claim they have rightful ownership over the statue and are suing the antiquities directorate in Lebanon in a federal lawsuit. 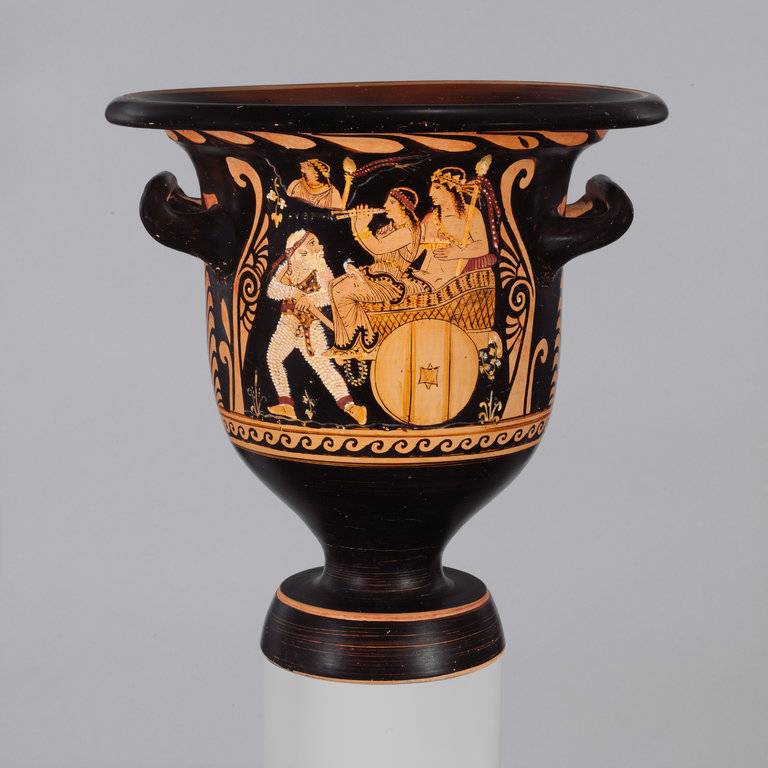