As a verb, “konmari”—the life-changing technique of decluttering, as proselytized by Marie Kondo—may well suffer the same fate as the adjective “metrosexual.” Go on, try to recall the last time someone dropped that into casual conversation. But as an idea, it may also enjoy the same future: silent ubiquity in our culture. After all, we live in a world where male grooming industry sales now rake in $50 billion annually. So what does a culture where konmari has been internalized look like?

According to senior citizens, it looks like a culture where nobody wants their stuff. For the past few years, there’s at least one article a year wherein downsizing baby boomers are shocked (shocked!) that their children and grandchildren do not want their generously-offered possessions.

But with careers and young children, fewer 40- or 50-something offspring want to acquire bulkier items or take on the task of sorting and disposing of unwanted goods in their parents’ homes.

Stephanie Kenyon, 60, the owner of Sloans & Kenyon Auctioneers and Appraisers in Chevy Chase, says the market is flooded with boomer rejects. “Hardly a day goes by that we don’t get calls from people who want to sell a big dining room set or bedroom suite because nobody in the family wants it. Millennials don’t want brown furniture, rocking chairs or silver-plated tea sets. Millennials don’t polish silver.” The formal furniture is often sold at bargain prices, or if it’s not in good shape, it might go straight to the dump.

For generations, adult children have agreed to take their aging parents’ possessions—whether they wanted them or not. But now, the anti-clutter movement has met the anti-brown-furniture movement, and the combination is sending dining room sets, sterling silver flatware, and knick-knacks straight to thrift stores or the curb.

The Christian Science Monitor in 2017:

While every generation has its turn with an attachment for antiques or nostalgia for outdated technology, today’s tech-heavy culture shows few signs of trading in its sleek, modern designs for dark furniture or knick-knacks from bygone eras.

Senior-targeted site NextAvenue was very blunt with its intended audience back in February 2017:

If you’re thinking your grown children will gladly accept your parents’ items, if only for sentimental reasons, you’re likely in for an unpleasant surprise.

“Young couples starting out don’t want the same things people used to have,” says Susan Devaney, president of NASMM and owner of The Mavins Group, a senior move manager in Westfield, N.J. “They’re not picking out formal china patterns anymore. I have three sons. They don’t want anything of mine. I totally get it.”

And the New York Times hopped back on the “young people don’t want our stuff” story this past weekend:

Today’s young adults tend to acquire household goods that they consider temporary or disposable, from online retailers or stores like Ikea and Target, instead of inheriting them from parents or grandparents.

“This is the first time we’re seeing a kink in the chain of passing down mementos from one generation to another,” Ms. Buysse said.

So why are people rejecting brown furniture and full sets of china en masse? There are a few reasons beyond “I can’t stand mahogany furniture finishes.”

More young adults live in smaller places, they rent rather than own, and they may share their dwelling with roommates rather than a partner and children.

Shifts in how families spend their time (see: the rise of two-career households over the past 40 years) means that entertaining has shifted substantially, and there’s a distinct lack of leisure time.

Finally, more young adults are used to collecting digital assets, not physical ones; this may be related to the relatively recent shift toward experience as a consumer good and the attendant bonus of curating one’s social media feed to show one’s experiences.

So what? This shift in how people live is somewhat related to another question economists are only beginning to debate.

For years, retail spending has been used as a quick and easy indicator of economic wellness—if things are going well, people spend; if not, they don’t. This was helped along by a period in which shopping malls stood in for public squares and shopping itself was regarded as a leisure activity.

We’ve all seen retail beginning to grapple with one significant consumer shift—i.e. consumers shifting their leisure time and discretionary income toward experiences over stuff. So this raises a question: Will retail spending continue to be regarded as the go-to metric for economic health and consumer mindset? If not, how will economists quantify the experience economy to gauge spending patterns and what affects them?

Economists point out that it’s currently very tricky to measure economic output in a service job, or to find ways to improve productivity in person-to-person transactions. But if that’s where money and manpower are going, the measurement will follow.

On a systems-wide level, how we measure productivity and consumer spending is shifting right along with how we understand the way people handle money and stuff.

On a personal level, the people downsizing are seeing something similar. The old method of passing possessions down to relatives isn’t so sure-fire anymore. And the easy Plan B—sell stuff or donate it to charity—has shifted, too. The second-hand industry has been hit with a glut of inventory right as demand has fallen off a cliff.

Who cares? There are probably secondhand dealers who are busy trying to figure out how to store whole categories of currently-unwanted things, like sets of china or 1970s Ethan Allen colonial-style dining room sets, muttering to themselves that they’re going to crack the next midcentury modern revival. (Some smart money is already betting on people moving on from Eames chairs to dining room furniture that Paul Revere would have recognized.)

However, the question is who will buy all this stuff in the future? And will it fit into their lifestyles? Smart money will look at projected trends for how people will live and spend their money, then see if there’s a way to position the stuff of yesterday for tomorrow’s adults.

And one hopes that if you’re faced with a downsizing relative, you can navigate the emotionally-fraught conversation with a little compassion. We’re all a little weird about our belongings, because we chose them and we paid our money for them.

As Helen Rosner once wrote about the weirdness of selling things at yard sales, “If it’s hard to admit that even the things we love have a price, it’s even more difficult to learn that the price is actually far less than we imagined it to be.” Try to imagine what you must admit when, through no fault of their own, the people you love can’t see or share the value you attach to your things. 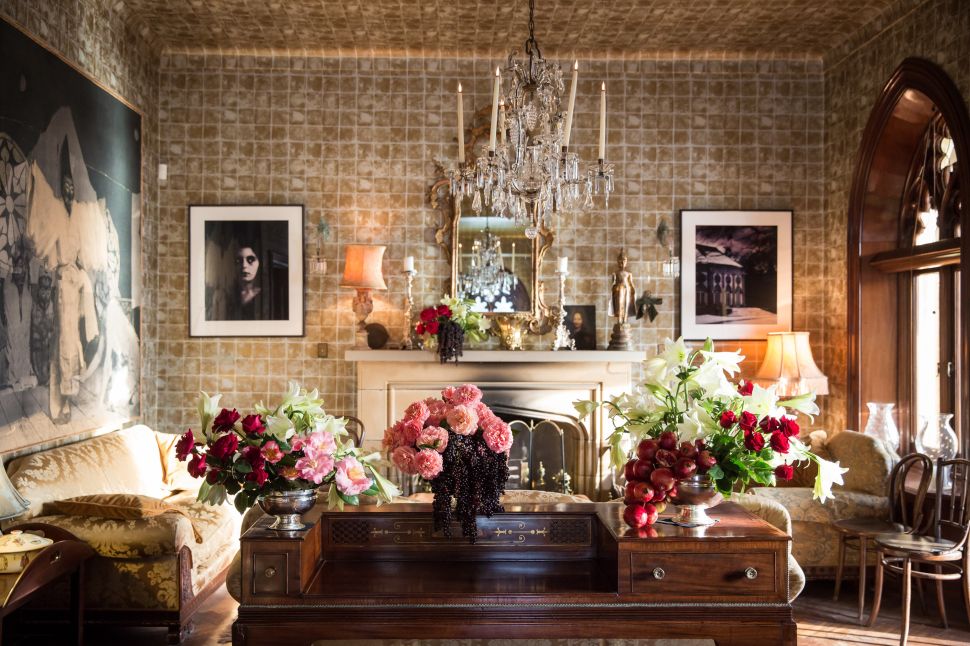