Phil Murphy picked up an endorsement from Planned Parenthood on Thursday, pledging not only to restore reproductive health care funding cut by Gov. Chris Christie but to increase it.

The Planned Parenthood Action Fund endorsed Murphy, the Democratic nominee for governor, and legislative candidates at a rally on the steps of the Trenton War Memorial. With the state house as a back drop, speakers criticized Christie for cutting the state’s yearly appropriation to Planned Parenthood since 2010. Murphy said he would restore and potentially increase the $7.5 million per year if elected.

“We not only stand and stand proudly that we will reinstate the $7.5 million, but I want to shoot higher,” he said. “I want to do better than that. Particularly, in the face of a hostile federal administration. So it’s not just about getting things back to par and getting things back to where they were. It’s about reaching beyond that.”

After the rally, Murphy said he didn’t have an exact figure of how much he’d like to see spent on Planned Parenthood. But he noted restoring the $7.5 million would make up a modest sum in the state budget, which is $34.6 billion this year.

“I think on something like this New Jersey should be nothing less than best in the nation,” he said.

Murphy described the issue of women’s health care as “mission critical” and “literally life and death,” claiming women have died due to Christie’s cuts to Planned Parenthood. He sought to tie the cuts to his Republican gubernatorial rival, Lt. Gov. Kim Guadagno.

Murphy said he didn’t have statistics to prove this on hand, but said data show a clear correlation between the cuts and sexually transmitted diseases in women.

“I have signed legislation requiring insurance companies to cover breast exams and other testing, and I recently signed legislation expanding infertility coverage for all women in New Jersey,” Christie added in a conditional veto message agreeing to increase birth control prescription allotments from three months to six months in the state.

Christine Sadovy, political director for the Planned Parenthood Action Fund of New Jersey, said the upcoming election was not only about the state, but setting an example for the rest of the country.

“We can and will be a beacon of hope for the rest of the nation. We can and will show the country that New Jersey will not back down from attacks on women’s rights and access to reproductive health care,” she said. “We can and will elect a governor who shares the Planned Parenthood belief that access to health care should not depend on who you are, where you live or how much money you make.” 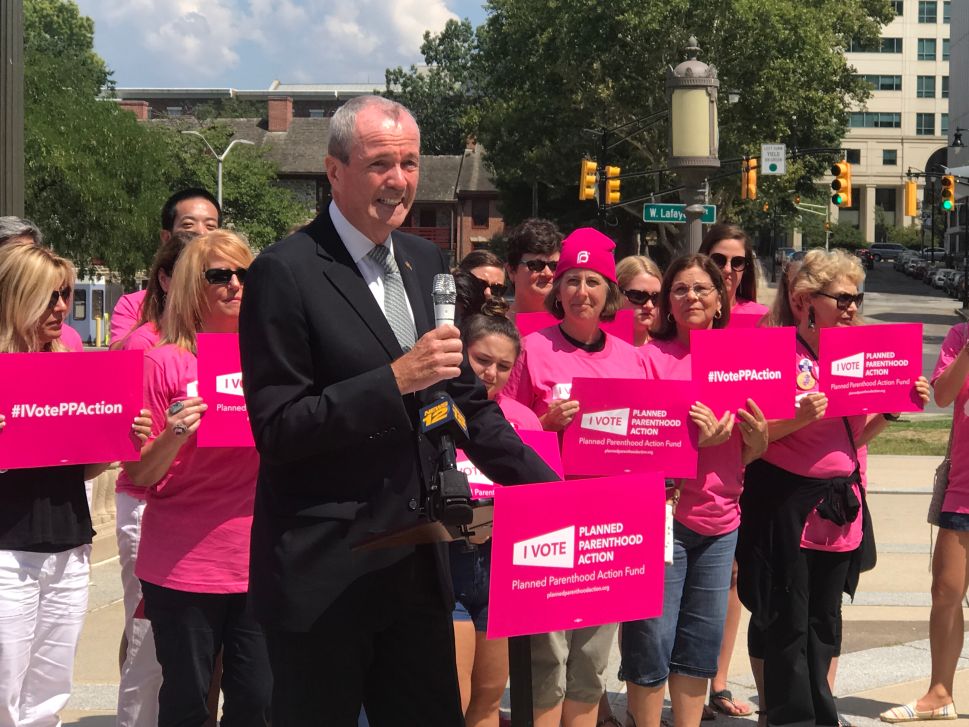