We all have slightly different travel preferences. Some of us move quickly, and others take their time. Some of us travel frequently and restlessly, and others find the thought of selling their own liver more appealing than boarding an airplane.

Like it or not, we all end up flying at some point. And throughout the hours we find ourselves suspended in midair, we are completely unable to control the actions of those sharing our cabin space. The best we can do is try to predict them. So here’s a rundown of how each Myers-Briggs personality type spends their time on an airplane.

ESTJ: Packs their perfectly-sized overhead cabin baggage into the bin, settles into their pre-registered extra-legroom seat, and rolls their eyes at everyone who packed poorly trying to cram their suitcases into the bins.

ISTJ: Helps everyone struggling with their overhead luggage, mostly to ensure the plane actually takes off on time.

ESTP: Shamelessly flirts with the flight crew and scores an upgrade with a window seat.

ENTJ: Silently fumes over the inefficient method of boarding the airplane. RANDOM BOARDING IS PROVEN TO BE FASTER. It’s like the airlines don’t even keep up-to-date on studies being done on their own industry.

INTJ: Breathes a noticeable sigh of relief as they set their phone onto airplane mode and concedes that they will be truly and completely impossible to contact for the next 4-5 hours.

ESFP: Does not turn their cell phone onto airplane mode. Texts, snapchats and messages their friends until they are a solid 25,000 feet in the air and completely devoid of service.

ENTP: Somehow convinces a member of first class that they are mistaken about their own identity and that they are, quite inconsiderately, seated in the ENTP’s rightful spot.

ISFP: Snags the window seat and doodles the views absent-mindedly as they fantasize about the adventures that await them upon arrival.

ESFJ: Gets placed in the emergency exit row and listens attentively to the flight attendant’s safety briefing because in the event of an emergency they do NOT plan to let their fellow passengers down.

ISFJ: Charitably takes the middle seat, then spends the rest of the flight overthinking which armrest belongs to them. Somehow concludes that the answer is neither.

ISTP: Promptly falls asleep in order to avoid the next 4-5 hellish hours trapped inside an air vessel with screaming children, grumpy businessmen and fussy flight attendants, all yelling obnoxiously over one another.

ENFP: Fantasizes about what would happen if the plane were to crash and leave all the passengers stranded on an island. Determines who they would fall in love with and who would be the first to reveal a hidden dark side.

ENFJ: Notices the person in the seat next to them looks nervous during takeoff. Engages the person in a carefully crafted conversation that draws upon themes of tranquility and relaxation until the plane touches back down.

INTP: Meditates until the sound of screaming children and the smell of their seatmate’s bare feet have completely evaporated from their awareness.

INFP: Slips on an eye mask and feigns sleep while they sort through the memories of the trip they just went on and reconstruct it into a beautiful narrative of passionate self-discovery and growth, which is how they will remember the trip from now on.

INFJ: Experiences a moderate existential crisis every time the plane hits a pocket of rough air and uses the remainder of the flight to come to terms with the fragile nature of their own mortality—a task that they had been procrastinating for some time now. 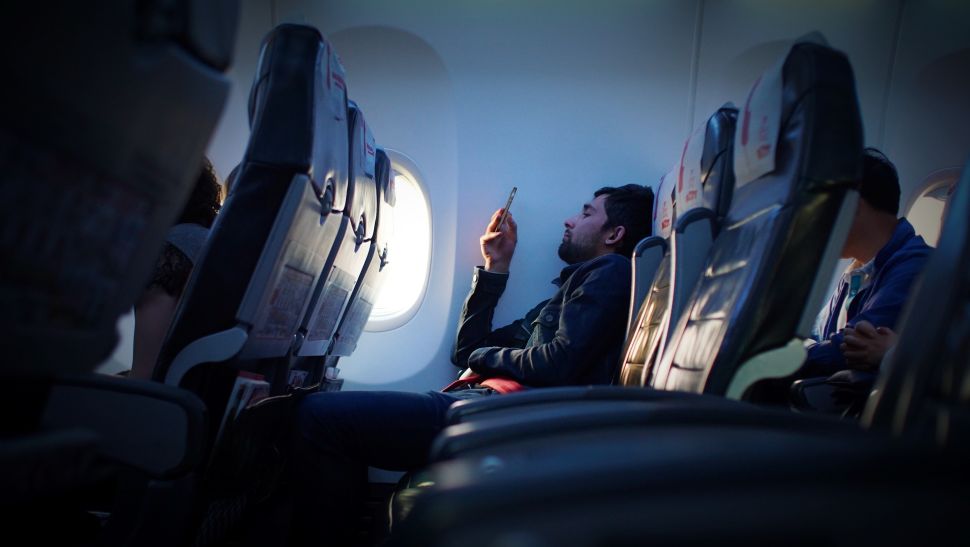