With NAFTA renegotiations kicking off soon, it’s worth a reminder: economic self-sufficiency is not an option for Canada. As a resource-rich country set in a Nordic climate with a small population and a massive expanse of land, Canada needs to trade.

Trade allows Canadian consumers to buy products and services they either cannot produce at home or could only provide at much higher costs. It allows Canadian producers to access larger markets and exploit economies of scope and scale.

These benefits can only be realized through trade agreements that are rules-based, separate from the whims of politics and insulated from the pressures of interest groups.

Even in the best circumstances, there will be winners and losers from any trade agreement. The challenge is to see that there are more winners than losers, and that the gains of the winners at least offset the hardships of the losers.

NAFTA — the North American Free Trade Agreement — came into effect on Jan. 1, 1994, expanding the Canada-U.S. free-trade deal of 1988. NAFTA created the largest free-trade area in the world. It removed barriers to the flow of goods and services between Canada, the United States and Mexico under the oversight of an independent dispute-settlement process. It created a trading area parallel to that of the European Union.

Foreign trade represents about 53 per cent of Canada’s GDP. Few countries in the world can match this share. Equally significant is that employment directly dependent on trade accounts for more than a quarter of all Canadian jobs – 4.7 million out of 17.8 million in 2014. If we add indirect, trade-dependent employment, that number swells to eight million – or nearly half of all Canadian jobs.

NAFTA, judged by the three countries’ increased trade volume, has been a major success story. Its immediate aim was to increase cross-border commerce in North America, and it spurred a surge in trade and investment. Adjusted for inflation, trilateral trade has more than doubled to $1 trillion.

Not all this growth, however, can be attributed to NAFTA. During the same period, GDP growth in the U.S. was very high, particularly during the Clinton years of the 1990s. The Canadian dollar plummeted, and inflation in Canada and south of the border was low. These real factors, with or without NAFTA, would have supported major trade growth.

There’s little doubt rules-based trade did contribute to this growth by eliminating uncertainty and guaranteeing privileged access to the members’ markets. It’s difficult, however, to separate the precise effects of real factors from those of trade governance.

This was not what one would expect in such a situation. An emerging economy’s growth would typically outpace that of developed economies. And so it seems Canada and the United States won under NAFTA, while Mexico lost.

So why is President Donald Trump so adamant that it’s been a bad deal for the United States and needs to be changed?

The answer may be in the balance of trade.

Prior to NAFTA, the trade balance in goods between Mexico and the United States was modestly in favour of the Americans. Today, Mexico sells close to US$60 billion more to Americans than it buys from them.

The situation is different between the U.S. and Canada. The U.S. balance in services’ trade with Canada is positive. The U.S. imported $30.2 billion in 2015 and exported $57.3 billion. Its merchandise trade balance is negative – the U.S. imported $9.1 billion more in goods from Canada than it exported in 2016, so the overall balance favors the United States.

Canada’s dependence on the U.S. for exports and imports is exceptionally high, and is not matched by a reciprocal dependence of the United States on Canada. Only two American states – Michigan and Vermont – have trade with Canada that exceeds 10 per cent of their annual economic output.

This asymmetry has eroded Canada’s bargaining power with the U.S. and has rendered Canada vulnerable to unilateral American actions.

That’s why Canada has sought to tie the U.S. to a rules-based agreement and to an independent dispute-settlement mechanism. In 1987, Prime Minister Brian Mulroney was prepared to walk away from the free-trade agreement with the U.S. if the Americans were not willing to accept Canada’s insistence on including a dispute-settlement mechanism in the agreement. The Americans yielded, and that mechanism survived the transition to NAFTA as Chapter 19 of the agreement.

This is what the United States is now targeting for elimination, having lost more cases than they’ve won. At the same time, such a mechanism is vital to Canada’s national interest. In any new NAFTA negotiations, this could well be a deal-breaker.

Without an ongoing, neutral dispute-resolution mechanism, Canada has very limited options. Between America’s litigious business culture and its industry-compliant Commerce Department, Canada could expect more punitive restrictions and remedy measures. It is abundantly clear that the U.S. trade-remedy system is designed to reduce imports to the United States in favour of “Buy American” sentiment.

What to do for a country that needs to trade?

Even as it enters NAFTA renegotiations in the weeks to come, the answer is clear for Canada. In the long run, Canada has no option other than to reduce its dependence on the U.S. market by exploring alternatives, and by safeguarding its resource governance differences.

Atif Kubursi is a Professor Emeritus of Economics at McMaster University. This article was originally published on The Conversation. Read the original article. 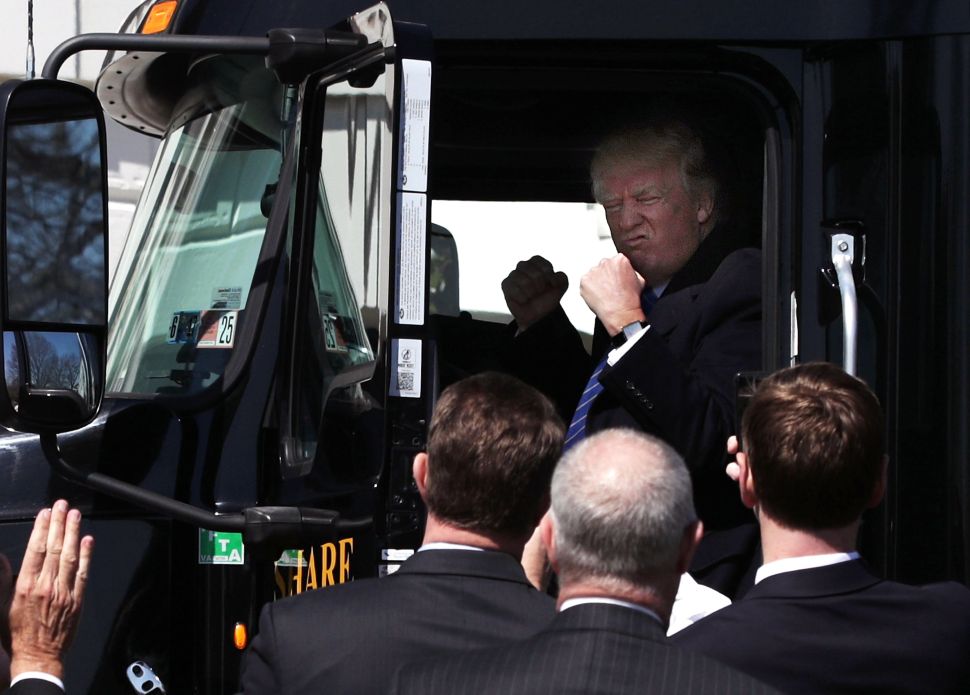