Ellison reportedly said in the video, “Is anybody taping me right now? Okay, so you may have heard that Nancy [Pelosi] is not for it, but that’s not really true. She’s trying to get, you know, you know, she actually likes the concept. She says it’s the best way to do it. She says it’s the cheapest way to do it, but she’s got to make sure that she brings our Blue Dog friends along. And by the way, for any of us progressives who get mad at the Blue Dogs, if we didn’t have them, some of them would be replaced by Republicans.”

The outlets that reported on Ellison’s remarks tried to criticize Pelosi for supporting single-payer health care, a policy that is a bogeyman for Republicans who fear Medicare expansion. But secretly supporting a policy—which Pelosi doesn’t nor do Ellison’s claims prove she does—means not supporting it at all. Pelosi has not embraced or even entertained the policy. She has repeatedly shot down inquiries as to whether she would support it being added to the Democratic Party platform, despite the fact that 117 House Democrats have co-sponsored a Medicare for All bill. In July 2017, Pelosi argued that states should decide on the issue, but she did not support the single-payer health care bill making its way through California’s State Legislature, where Democrats hold a super majority. Ultimately, Assembly Speaker Anthony Rendon stopped the bill from being brought to a vote after it passed in the State Senate. Her lack of intervention or comment refutes Ellison’s claim that Pelosi is looking out for moderate Blue Dog Democrats. Congressman John Conyers has introduced a Medicare for All bill every session since 2003, and Pelosi has never co-sponsored it.

During a June 2017 interview on MSNBC, Pelosi argued that Obamacare provides a path to single-payer saying, “The path to public option, single-payer is in the Affordable Care Act.” This argument is demonstrably false. There is no path to a public option or single-payer within the Affordable Care Act. That possibility was abandoned when the law was written to appease the health insurance industry and conservatives, turning it into a corporate subsidy program that prioritizes health insurance companies over patients. Americans are dying because they don’t have health care, but Democratic leadership is hesitant to support Medicare for All because it will effect the profit margins of a few corporations. Pelosi also claimed she has supported single-payer health care for decades, smugly saying, “I’ve been carrying signs for single-payer long before I was in Congress and before many of the people advocating for single-payer were born.” But the only receipt of her claim that she supports the policy is the secretly taped video of Ellison. If this is what she thinks “fighting” looks like, no wonder Democrats have lost over 60 seats in the House since she has been in leadership.

There is no reason for the Democratic Party to continue sacrificing progressive policies for moderate stances that their donors favor. The reason that Pelosi is such a poor leader is due to her insistence on courting the ever elusive “moderate Democrat.” This strategy has backfired on Democrats for the past decade, and it will continue to do so while leaders like Pelosi remain in power. 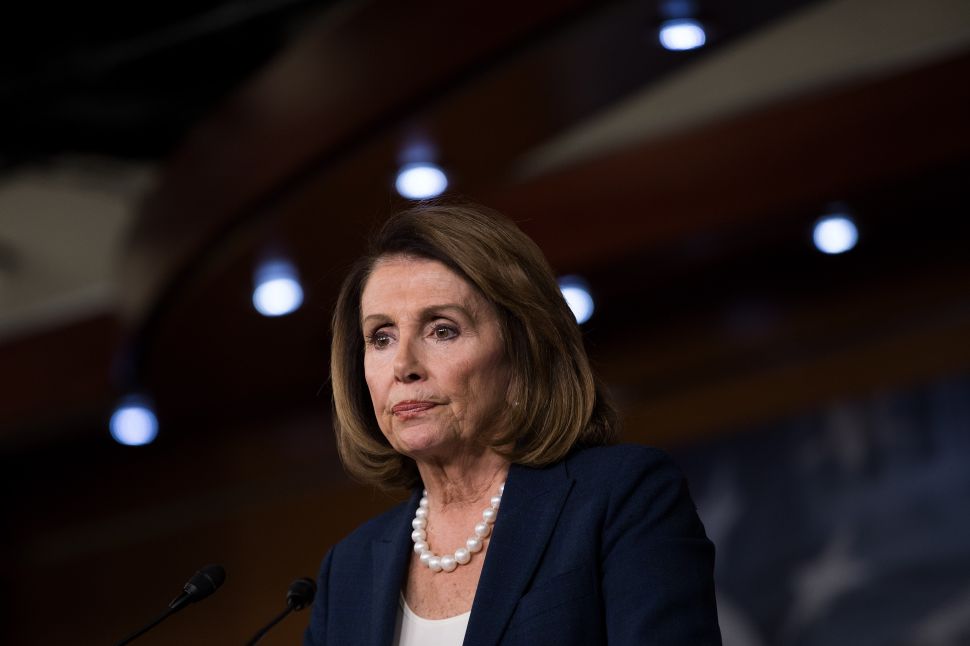