Wine devotees from all over the world flock to America’s preeminent wine region, Napa. Though quite small in size compared to other major wine-producing meccas, the valley is brimming with exquisite vineyards. To match, is a burgeoning restaurant scene (complimented by the fact that The Culinary Institute at Greystone has based itself there). In 2016, the area counted 3.5 million visitors making their pilgrimages to wine country, who spent over $1.9 billion. You can find excellent wine at many of Napa’s vineyards, but a true treat is an expert pairing to accompany an exquisite meal. Here are Napa’s top five dining destinations.

One of the unique aspects of the #WineTrain is the four-star dining on our restaurant on wheels. Our culinary team crafts creative and delicious bites to complement our diverse tours. Come on board and dig into food and wine wonder! Book at winetrain.com #AllAboard

There are multiple ways to get to Napa, but if you’re looking to start the fun before you even set foot in the region you may want to consider the Napa Valley Wine Train. Catch the ferry from San Francisco to Valejo and then hop on the shuttle to the train station, where you board the picture perfect 100-year old Pullman railcar. You’ll feel like you are in a scene from Murder on the Orient Express, except with less murder and a whole lot more pinot noir. Speedy the train is not, but the meals are gourmet, and you can actually view the chefs making your food in the kitchen cart. The ride offers vistas of some of the most beautiful vineyards in Napa, Yountville, Oakville, Rutherford and St. Helena. You can select different packages for your travel, but the one that brings you to Castello di Amorosa is considered by many the best option. The most ideal way to begin any tour is with a big, beautiful castle, after all. Even though this 13th-century style palazzo built by Dario Sattui is less than 20 years old, you’ll feel like you’re living like Italian nobility. The eight-level structure made of 8,000 tons of hand-squared stone, has 171 acres, 107 rooms (of which 95 are devoted to producing or storing wine), 900 linear feet of caves, a great hall with two-story Italian frescoes, a drawbridge, a dungeon, a torture chamber and a moat. It also has biggest barrel room in the U.S.

Sometime dreams do come true… Thank you @chefthomaskeller and everyone at #thefrenchlaundry for a night I will never forget. #foodporn #garbagefriends

After wine, restauranteur Thomas Keller might arguably be the second biggest Napa draw. The famous chef literally has a monopoly in Napa with now five Michelin-starred restaurants. The French Laundry and Bouchon Bistro are probably his best known venues, though French Laundry is basically impossible to get a reservation at during the busy season, which is now. Ad Hoc and Addendum is a great, more casual Keller alternative if you want a little barbecue with your wine. But if you can’t get in to French Laundry, you can still always walk around the kitchen’s garden across the street. If you are lucky enough to snag a seat, expect to pay about $310 per head for the nine-course meal. Emma Stone called her recent visit to the restaurant a dream come true.

If you are looking for an amazing brunch experience look no farther than Round Pond, a vineyard tucked away behind a palm-tree lined grand driveway that rivals the one in Jurassic Park. The family-owned Rutherford Estate vineyard is as well known for their wine as for their olive oil and red wine vinegar. In addition to its 360 acres of vines, the estate also boasts 12 acres of olive orchards and five acres of organic gardens (if you’re counting). This is perhaps what makes their four-hour garden-to-table Sunday brunch so special—it begins with a tour of the garden led by a winery chef. With your freshly foraged veggies in hand, the next stop is a cooking demonstration, followed by a wine-pairing discussion, and then food is finally delivered. On weekdays you can also stop in for a lovely Il Pranzo lunch and tasting, and perhaps dine on the Duck confit grilled cheese—the way it should always be prepared.

The Restaurant at Meadowood

Summer reservations are now available (through September 2017) via @tockhq. Link in our profile.

In addition to being an award-winning resort and spa, Meadowood is home to a three-starred Michelin restaurant headed by Christopher Kostow. The genius chef uses local ingredients from the resort’s gardens in the most incendiary ways, but you won’t know exactly what you’ve dined on until after the meal, when the menu is presented (you do get to see the wine menu before the meal, however). You’ll probably want to go for the Chef’s Counter, but the bar menu is a great option as well. Meadowood is all about trusting the chef and servers, but rest assured, you are in very good hands.

Tonight, we feast! This evening, Chateau Society members gather for our final Le Rêve & Lobster event of the year. Our members really get to know each other seated around a communal table heaped with lobster and all the fixings! #lobsterfest #domainecarneros #chateaustyle #visitnapavalley

At Domaine Carneros you can indulge not only in a flight of bubbles, but also a flight of caviar. The chateau-inspired architecture would have Marie Antoinette feeling right at home, with food and drink to match tastes of that stature. Sourced exclusively from caviar producer Tsar Nicoulai, you’ll have to make reservations a week in advance if you want to sample the caviar flight, it’s ordered in especially. Pair it with the estate’s sparkling wines, which were established in partnership with the Taittinger family. 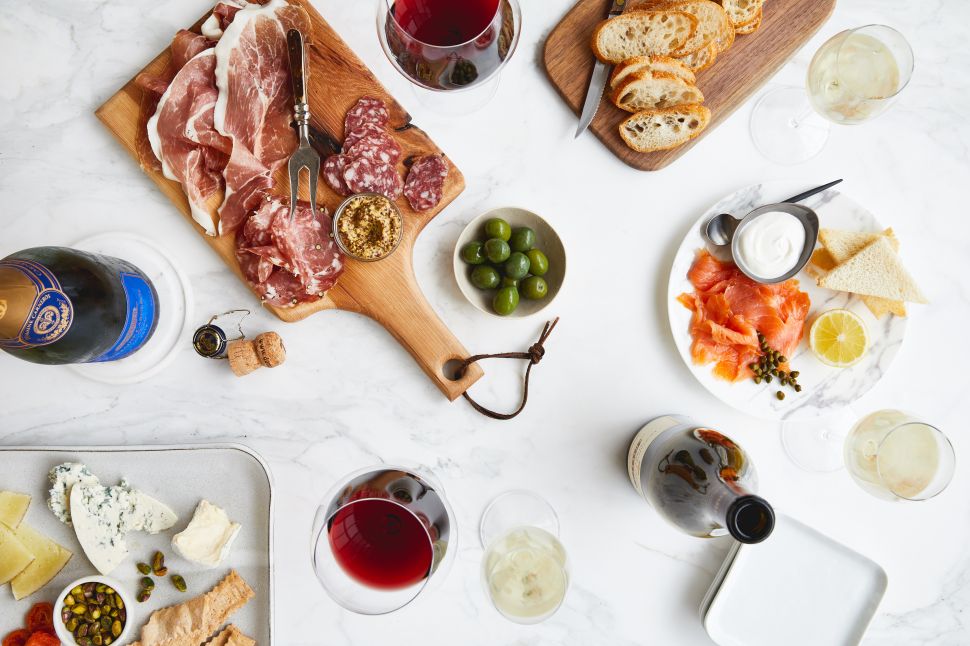