Price emphasized that all options are still on the table for President Trump during a news conference in Bedminster. But he dismissed the idea that declaring a public health emergency would free up resources or empower the administration to lift barriers for those seeking addiction treatment, as a report from a Christie-led commission suggested. All of that can be done without the emergency declaration, Price said.

“We believe that at this point that the resources that we need or the focus that we need to bring to bear to the opioid crisis at this point can be addressed without the declaration of an emergency, although all things are on the table for the president,” Price said.

Most public health emergencies are focused on specific areas or a “time-limited problem,” Price said, using examples such as the Zika virus outbreak and Hurricane Sandy.

Declaring a national emergency was the top recommendation of the president’s Commission on Combatting Drug Addiction and the Opioid Crisis, which is chaired by Christie and released an interim report July 31. The commission told Trump that an emergency declaration would allow the administration to remove restrictions on where Medicaid patients can receive treatment and to negotiate lower prices on naloxone — a life-saving overdose antidote – for government units. A national health emergency would also pressure Congress to provide more funding to address the issue, according to the report.

“It would also awaken every American to this simple fact: if this scourge has not found you or your family yet, without bold action by everyone, it soon will,” the report said.

Price and the president’s counselor, Kellyanne Conway, didn’t mention Christie’s commission during a news conference on the opioid crisis. The press briefing took place after Trump met with administration officials about opioid addiction.

Asked if the commission was wrong in recommending a public health emergency, Price said: “It was an interim report from the commission and it’s being reviewed at all different levels of the government.”

Christie was not in New Jersey while Trump and his aides discussed the opioid crisis, the governor’s pet issue. Christie was overseas on a planned family vacation when Trump, who is on a working vacation at his Bedminster country club, announced the “major briefing on the opioid crisis” on Twitter earlier Tuesday.

Last week, Christie said he hadn’t had the chance to talk directly to Trump about his commission’s report, saying the president was “a little busy” with the White House turmoil of a new chief of staff and fired communications director.

“The reaction from all of them was universally very good,” Christie said at an unrelated news conference last Wednesday. “The president’s staff believed the actions that we put forward are strong and I think you’ll see many if not all of them done by the president.”

The commission’s report also recommended government partnerships to develop non-opioid pain relievers, and called for mandating medical education in opioid prescribing. In addition, the report told Trump to prioritize funding and manpower for federal law enforcement agencies to stem the flow of fentanyl into the country, and to make the influx of fentanyl a top diplomatic issue with China.

On Monday, New Jersey Congressman Donald Norcross (D-1) wrote a letter to Trump and said the administration had not done enough to address the opioid epidemic. He noted Christie’s commission missed two deadlines over six months and said the recommendations are similar to proposals already pitched by lawmakers.

“Nearly all of those policy recommendations mirror those championed by senators and representatives of both parties since the crisis began,” Norcross wrote. “In fact, many of the recommendations exist as pending, bipartisan legislation in both chambers of Congress.”

Norcross, vice-chair of the Bipartisan Task Force to Combat the Heroin Epidemic, announced his own bill Tuesday to improve addiction education. The legislation would task the Health Resources and Service Administration to collaborate with the medical education community to create guidelines for courses on addiction management and prevention. The bill would also require physicians applying for a license with the Drug Enforcement Agency to prescribe opioids to show they’ve taken one of the certified courses. 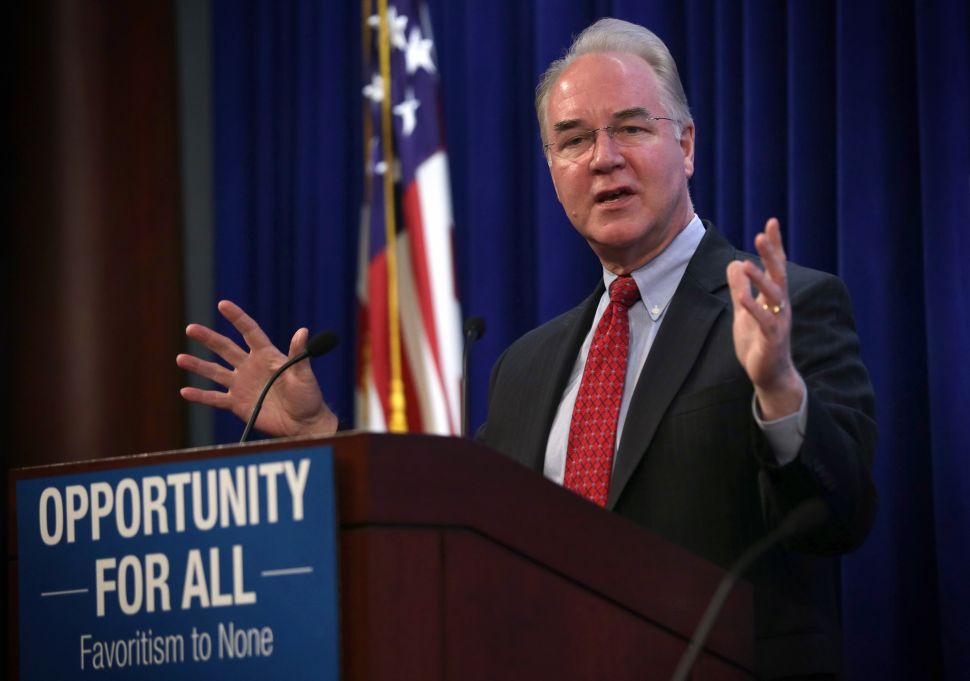