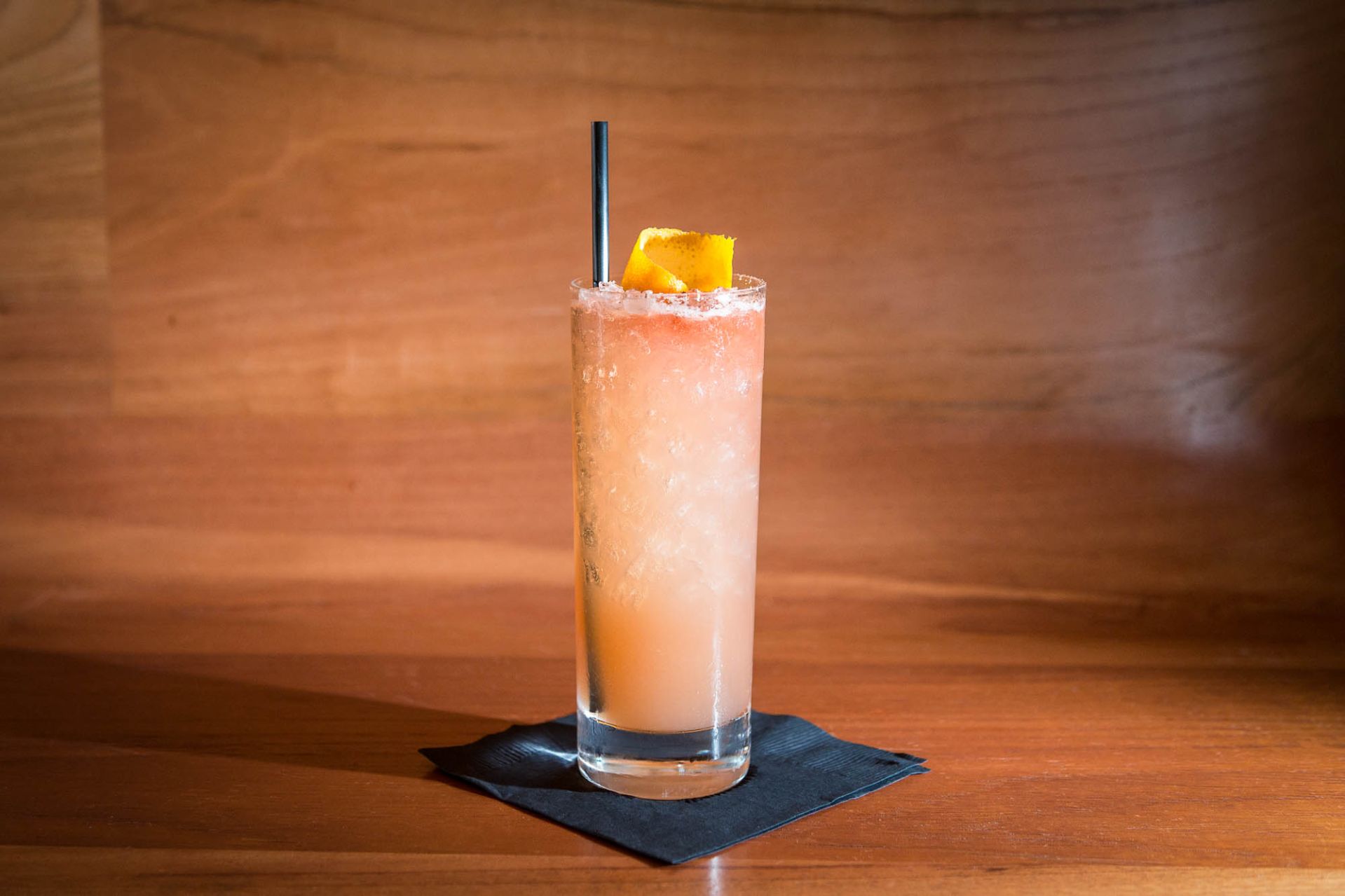 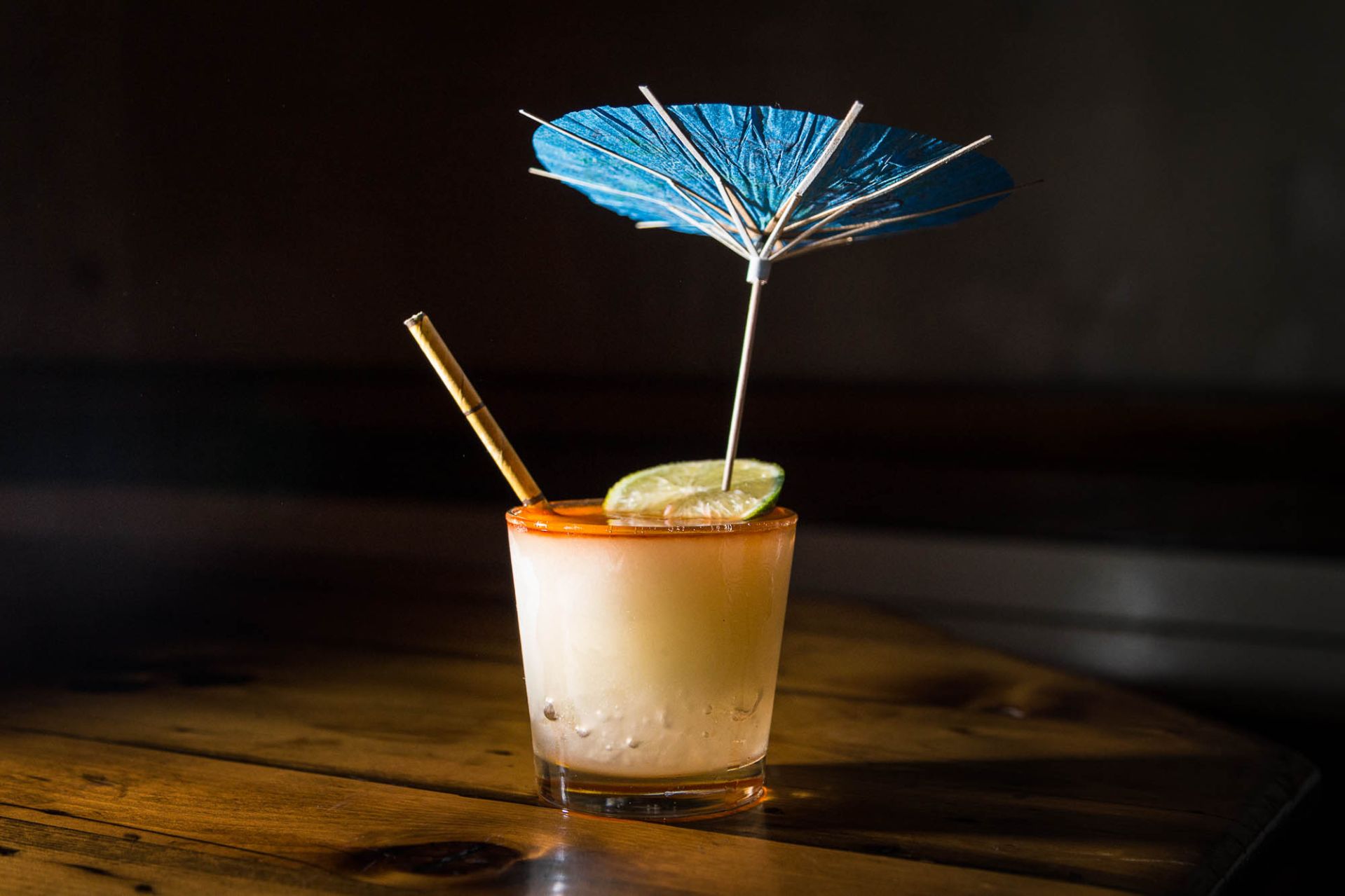 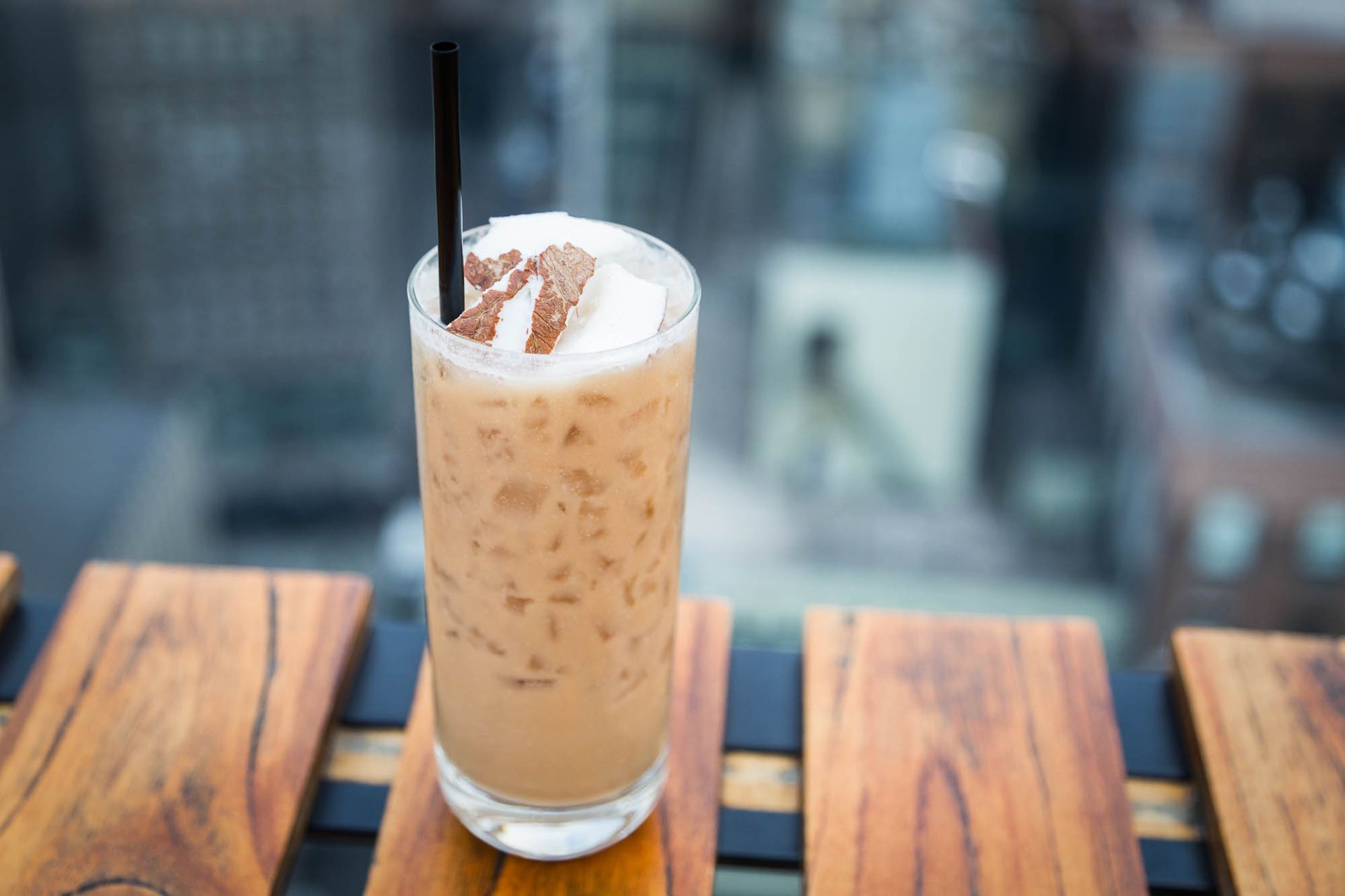 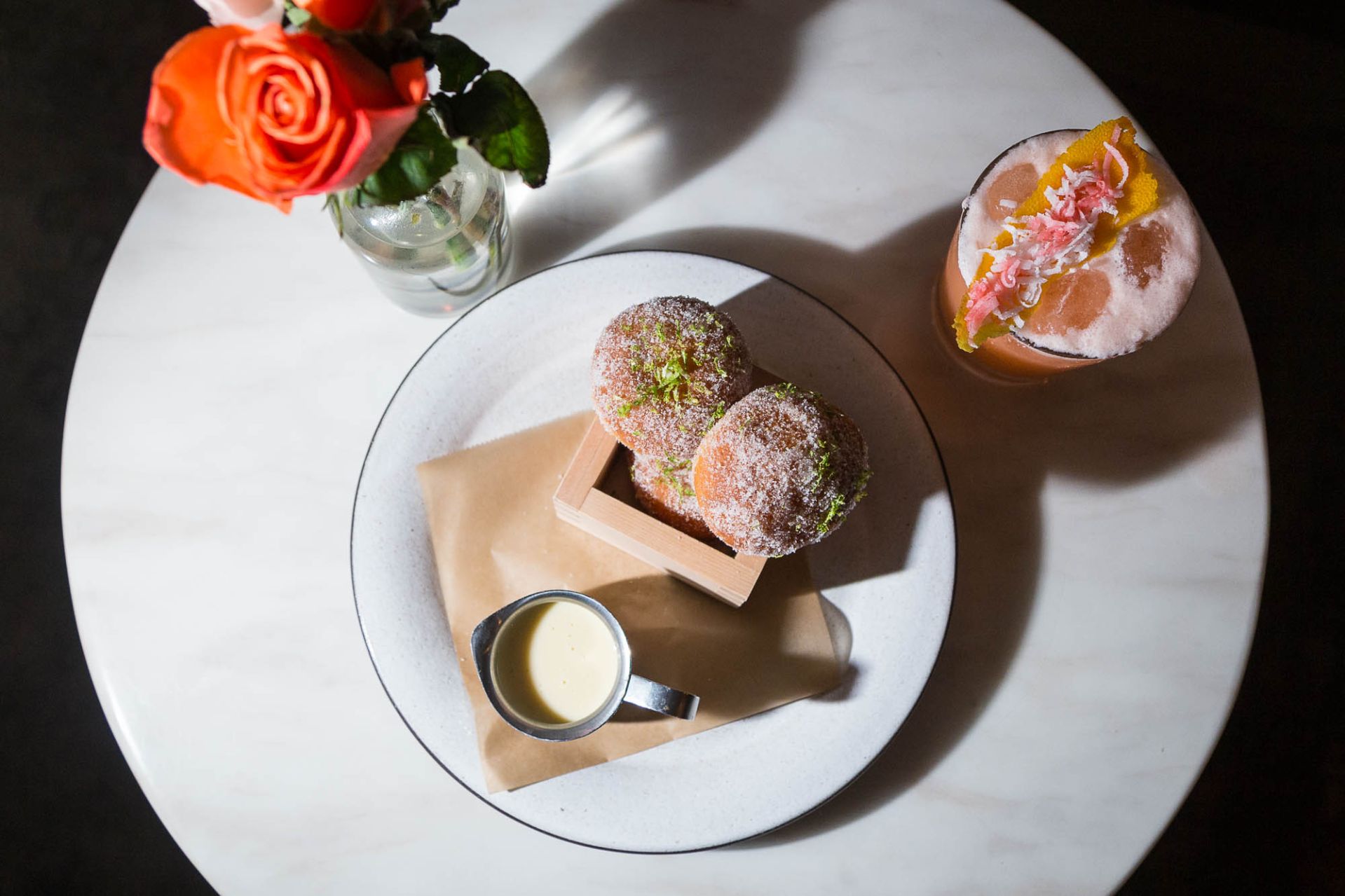 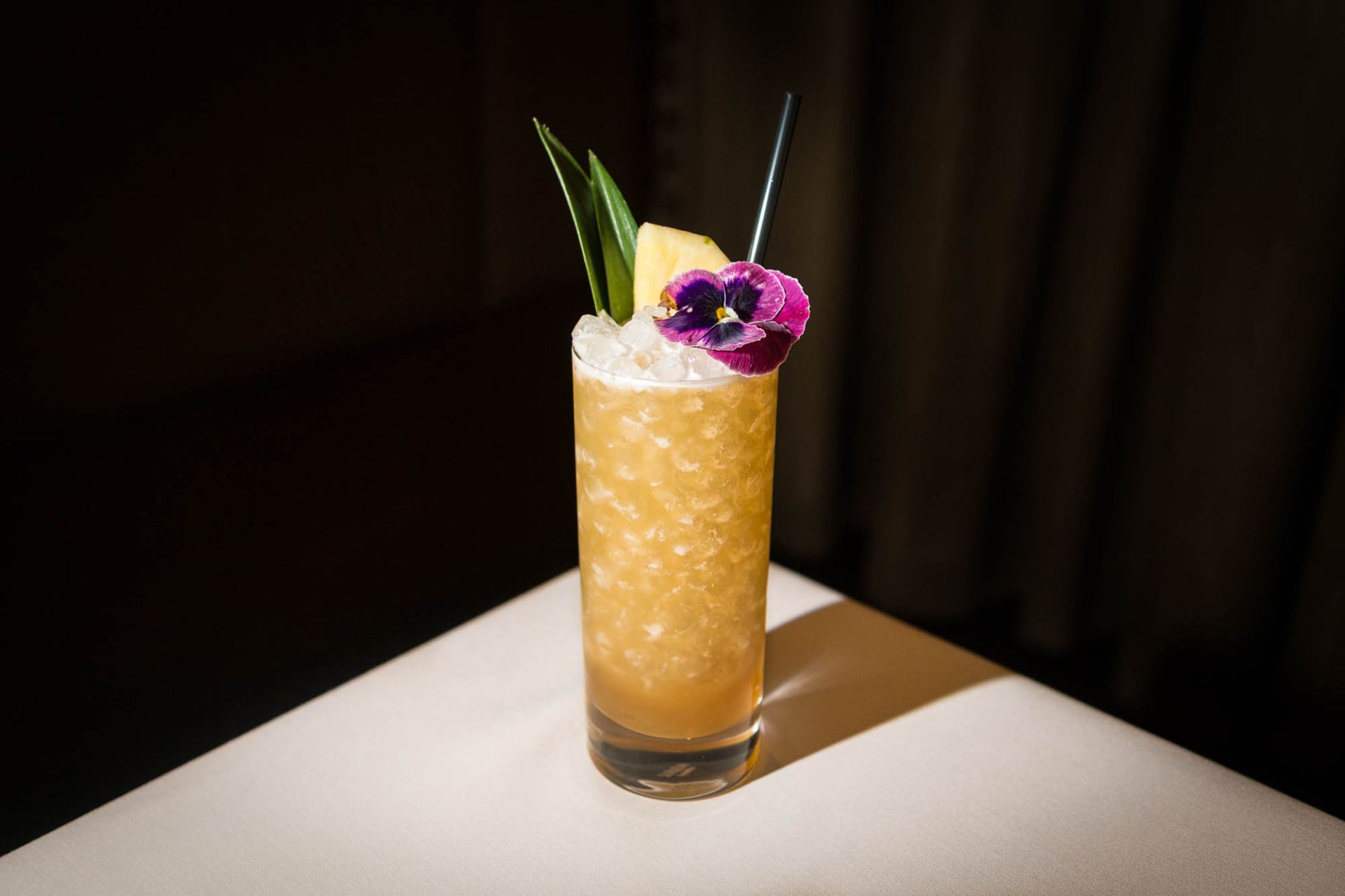 Summer in Shiml cocktail at Junoon.
Kaitlyn Flannagan for Observer 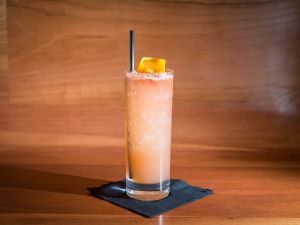 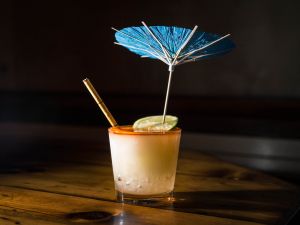 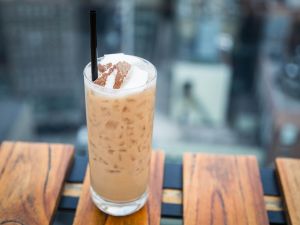 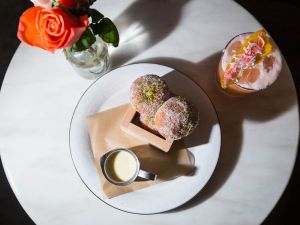 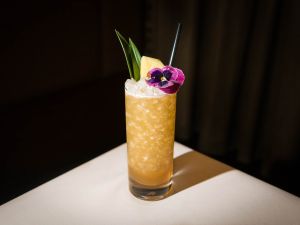 Perhaps you never thought of yourself as a rum person, especially if you eschewed sugary daiquiris and neon red punch for more complex tipples. But in New York, rum isn’t reserved for tropical vacation drinks. Instead, the spirit tops coffee cocktails and fills decadent donuts. If you want an excuse to celebrate a holiday, try National Rum Day, and opt for a sophisticated drink that isn’t available at your local dive bar.

At Esther & Carol on the Bowery, the bar serves the Big Poppa Cocktail, made with two different types of rum, crème de banana, almond syrup, lime, bitters and nutmeg. With the smattering of flavors and influences, it’s certainly not the traditional dose of beachside booze.

For a more avant-garde approach to alcohol, there’s Dinnertable. To get into the Japanese and Caribbean influenced restaurant, guests must walk by The Garrett East’s infamously Instagrammed neon signage, directly to the secret passageway, and flip tiny switch for entry. The hidden restaurant, full of succulents, looks more like a friend’s chic Brooklyn apartment than a restaurant, especially since the gregarious Executive Chef Ricky Arias cooks directly in front of the tables.

The small team at Dinnertable crafted a trio of Dark & Stormy donut holes worth teetotalling for. The rum donuts topped with lime sugar arrive ready to dunk in a fresh ginger cream sauce. Expect your dinner companion to attempt to hoard the third one.

At Junoon, the Michelin starred Indian restaurant in Flatiron, mixologist Hemant Pathak crafted the Summer in Shimla as a reminder of the hot summers he endured while growing up in India. The cocktail is made with rum, a tamarind and fennel syrup, and is topped off with fresh pineapple juice and mint.

If you feel like venturing to midtown, The Skylark presents Instagram views alongside a coffee cocktail. Try the Cold Brew Coffee Swizzle for a boozy caffeine fix, with Sailor Jerry rum and a fresh coconut topping. The cocktail might be coffee-based, but it still has a tropical vibe, complete with coconut liqueur and a coconut milk float.

For those who celebrate National Rum Day on a nightly basis, keep The Lost Lady in mind. The nautical-themed spot, from the team behind Goodnight Sonny and The Wayland, is opening next month and will focus on the spirit, guaranteeing an extended celebration.