Right now, the Kremlin is preparing to mount major military exercises on its border with NATO. Termed Zapad—meaning West in Russian—and slated to take place in mid-September, these exercises have unnerved the Atlantic Alliance and caused concern in Western capitals about what the Russians are really up to.

Moscow has not shared much information about Zapad, which will include troops from Russia and Belarus. Estimates of its size range from a low figure of 12,000 personnel, based on official statements, to as high as 100,000—which would make Zapad the biggest Kremlin military exercise since the Cold War.

There’s bad history here. Moscow has termed major western-focused exercises Zapad for decades, and the 1981 war games under that name, the biggest ever held by the Soviet military, seriously rattled NATO. Zapad-81, aside from its military mission, had the clear intent of showing the Kremlin’s Polish neighbor—which was then a Soviet client under domestic siege by the Solidarity movement—that Moscow could not be trifled with.

Having shaken off the Kremlin’s shackles at the Cold War’s end, Poland is a free country and a bulwark of NATO, but Warsaw remains concerned by this latest iteration of Zapad. The exercises are slated to take place in Belarus and in Russia’s Kaliningrad exclave, right on the Polish frontier.

Then there’s the tricky matter of what Zapad’s actual intent might be. Is it to intimidate Belarus, whose ramshackle regime no longer wants to be Vladimir Putin’s pawn? Might Moscow leave several thousand troops in Belarus after Zapad’s end to keep Minsk on-side? Could the exercises actually be a cover for aggression? The Kremlin has repeatedly used war games to obscure build-up for an invasion, most infamously of Czechoslovakia in the summer of 1968. More recently, Putin’s invasion of Georgia in August 2008 was preceded by military exercises, a dry run, only weeks before, right on Russia’s border with Georgia.

Most analysts doubt Putin plans to invade a NATO country this September, which would mean war with the Atlantic Alliance, but Warsaw is preternaturally cautious, knowing the Russians as well as they do. The strategic Suwałki gap in northeastern Poland, a narrow sliver of land between Belarus and Kaliningrad, remains tempting for Moscow. In the event of war, there can be little doubt that Russian forces would charge through that gap—where they would meet the Polish military.

And it’s not just Poles. This spring, NATO finally came through, following years of pleading from Warsaw, and deployed 1,100 troops in northeast Poland. Some 900 of those troops are American, and this NATO battalion group, which is based 35 miles south of Kaliningrad, is merely a tripwire. They would be quickly flattened by Russian tanks if war breaks out, but they guarantee Poland will not be fighting alone.

That fear is widespread in Poland and is no surprise given the country’s painful history of abandonment by unreliable Western allies. No NATO country has taken the threat of a resurgent Russia more seriously. In fall 2013, months before Putin’s aggression against Ukraine, Warsaw was signaling that NATO could no longer avert its eyes about Russian misconduct. Poland’s defense ministry postulated a new military doctrine based on territorial defense, which was viewed as unduly alarmist by some NATO countries still eager to appease Putin.

How prescient the Poles had been was soon painfully clear, with the Kremlin’s theft of Crimea and its invasion and occupation of eastern Ukraine in spring 2014. Since then, the Atlantic Alliance has been forced to ponder major war in Europe again, and Poland has led the way. Warsaw is one of the few NATO countries to spend the “required” minimum of two percent of GDP on defense (the others, aside from America, are Britain, Estonia and Greece).

Increased funding has been put to good use, and the Polish military is in the middle of an extensive defense modernization program that will run through 2022. For the army, the largest of Poland’s armed services, this means hundreds of new armored vehicles, including modernized Leopard II tanks and cutting-edge artillery systems. The army possesses three divisions and 13 maneuver brigades, making it one of the biggest land forces in NATO. To compare, the German army boasts two divisions with eight maneuver brigades (one of them half-French), even though Germany has more than twice Poland’s population and its GDP is four times as large.

Poland’s navy is largely a coastal defense force, given the country’s relatively short coastline on the Baltic Sea, but the air force is modern and well equipped, including a wing of 48 late-model F-16 fighters purchased from the United States. The recent arrival of American AGM-158 Joint Air-to-Surface Standoff Missiles means Polish F-16s now can strike as deep as 230 miles behind enemy lines—a critical capability, since, in the event of war, Warsaw wants to destroy invading Russian forces before they reach Poland.

Here Poland’s excellent special forces are critical, since in a crisis they will be employed to find targets deep in the enemy rear for the F-16s to take out with JASSMs. Warsaw’s special operators, which boast extensive combat experience in Iraq and Afghanistan, include several units and count as a fourth branch of the military. They rank among the finest special operators in NATO, indeed the world, on a par with America’s Delta Force and Britain’s famed SAS.

In response to the resurgent Russian threat, Warsaw has stood up a fifth branch of its armed services, the Territorial Defense Force (WOT in Polish). Slated to reach 50,000 troops by 2022, this new force has the express mission of countering Kremlin subversion and sabotage. Putin’s snatching of Crimea with the notorious “little green men” of Russian military intelligence or GRU created an indelible impression in all the NATO countries that border Russia, Poland included. WOT, made up of part-time volunteers who receive 30 days of military training per year, will be the first line of defense against GRU operatives who might infiltrate the country.

This new force will encompass one brigade in each of Poland’s 16 voivodeships (roughly “provinces”), plus an extra brigade for the heavily populated Warsaw region. Three WOT brigades were stood up in 2016, fittingly on Poland’s eastern border with Belarus and Ukraine, while three more are being raised this year on the border with Kaliningrad and in the Warsaw region. All 17 brigades will exist by the end of 2019, and WOT will be fully operational three years after that.

There is no shortage of volunteers, and the creation of the territorials has witnessed an upsurge in patriotism, helped by the fact that WOT carries on the legacy of the legendary Home Army, the Polish underground force that battled Nazi and Soviet occupiers in the 1940s. Raising a fifth armed service has not been without controversy in Poland, where every move by the current right-wing government is viewed skeptically by its political opponents.

The Ministry of Defense has indicated that the territorials have a political purpose as well as a military one, namely strengthening the country’s “patriotic and Christian foundations”—the sort of comment from the current government that raises hackles in Brussels but is less controversial among Poles. Across the country, WOT mass swearing-in ceremonies for male and female volunteers have become commonplace, and Warsaw is eager to showcase their patriotism.

It’s no secret that the current defense ministry, led by the nationalist Antoni Macierewicz, views the newly recruited territorials more favorably than many leaders in the regular military, quite a few of whom have been fired by Macierewicz over alleged ties to Moscow. Hundreds of senior officers have resigned rather than work for Macierewicz, creating turmoil in one of NATO’s most important militaries.

Nevertheless, Poland’s armed forces remain the bulwark of the Atlantic Alliance against Vladimir Putin and his increasingly aggressive Russia. Poland’s part-time territorials are taking their place in the line, guarding NATO’s exposed eastern frontier. If the rest of the alliance took defense and security as seriously as the Poles do, the Russian threat would hardly be worth discussing. 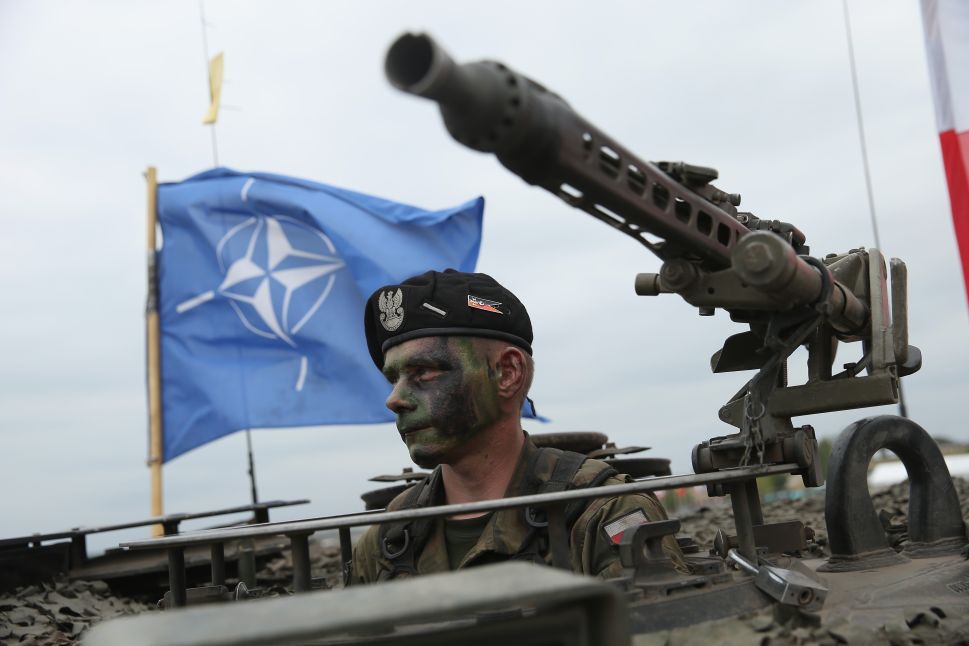